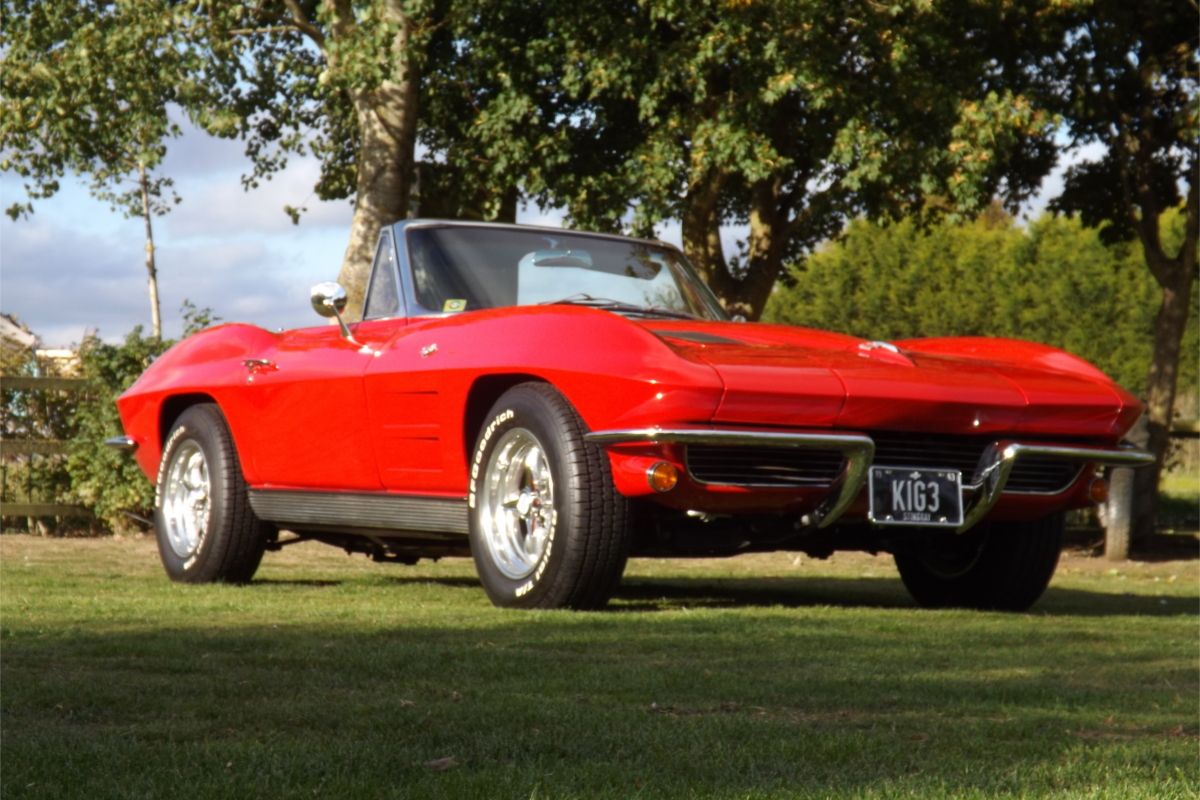 A beautifully restored Corvette Stingray C2
An ultra-rare Alfa SZ Zagato and only two owners
Blackpool and Oxford’s finest, low mileage TVR Chimera and MG TD
The forthcoming CCA auction at the Warwickshire Event Centre will feature four outstanding lots among the 150 cars being offered on the 3rd August.

The CCA auction will feature two Corvette Stingrays, a 2015 model has already been confirmed and now a classic 1963 C2 Stingray will be joining it in the sale. Having undergone a nut and bolt restoration over the last four years at a cost of £25,000, plus a further £5,000 on a total engine rebuild, it is now being offered for £45,000 to £55,000. It was imported to the UK from California in 2013 and then underwent restoration including an original factory hardtop, which at the time the car was originally purchased was an option. 1963 was the first year of production for the C2 and this is one superb baby Corvette.

Simon Langsdale Classic car specialist for CCA commented: “This is a really lovely car and it also comes with the original wheels which have been fully refurbished, giving the prospective buyer a choice. You could say this a stunning best of breed car.”

The Alfa Romeo SZ is a very rare and sought-after car. Manufactured between 1989 and 1991 just under 1,000 cars were built for the European market and all in red with a grey roof and a Tan leather interior. This 1992 example must be one of the last made and originally sold to Germany before it was imported to the UK in 2000. With only two owners and having been in storage for 11 years from 2004, the SZ has covered just 69,025km. Now fully recommissioned this very rare and collectable car is estimated at £38,000 to £42,000.

Two cities were famous for car production in the UK and for producing some notable cars. Blackpool wasn’t just a stick of rock; it was also home to TVR producing some very famous two-seater road cars. Coming to auction is this very low mileage 1994 TVR Chimera with the 4.0-litre engine and just 7,306 miles. Having had just one owner from new and little used this is one incredible car for £14,000 to £18,000.

As our specialist consigner, Nick Bicknell commented: “The Chimera is a fire breathing, goat bodied, lion-headed monster with the tail of a serpent. Everyone should have an interesting pet!”

Our second city of car manufacturing is Oxford and it was here the MG was made. The T series started in 1936 and by the time they got to D, it was 1950. Here we have an MG TD which was originally exported to Eire but returned to the UK in 1962 and underwent a restoration in 1994 and then again in 2005. Now presented in Cream with a chrome luggage rack and red leather interior this is one stunning MG with just 2,983 miles since its last restoration and now estimated at £18,000 to £22,000.