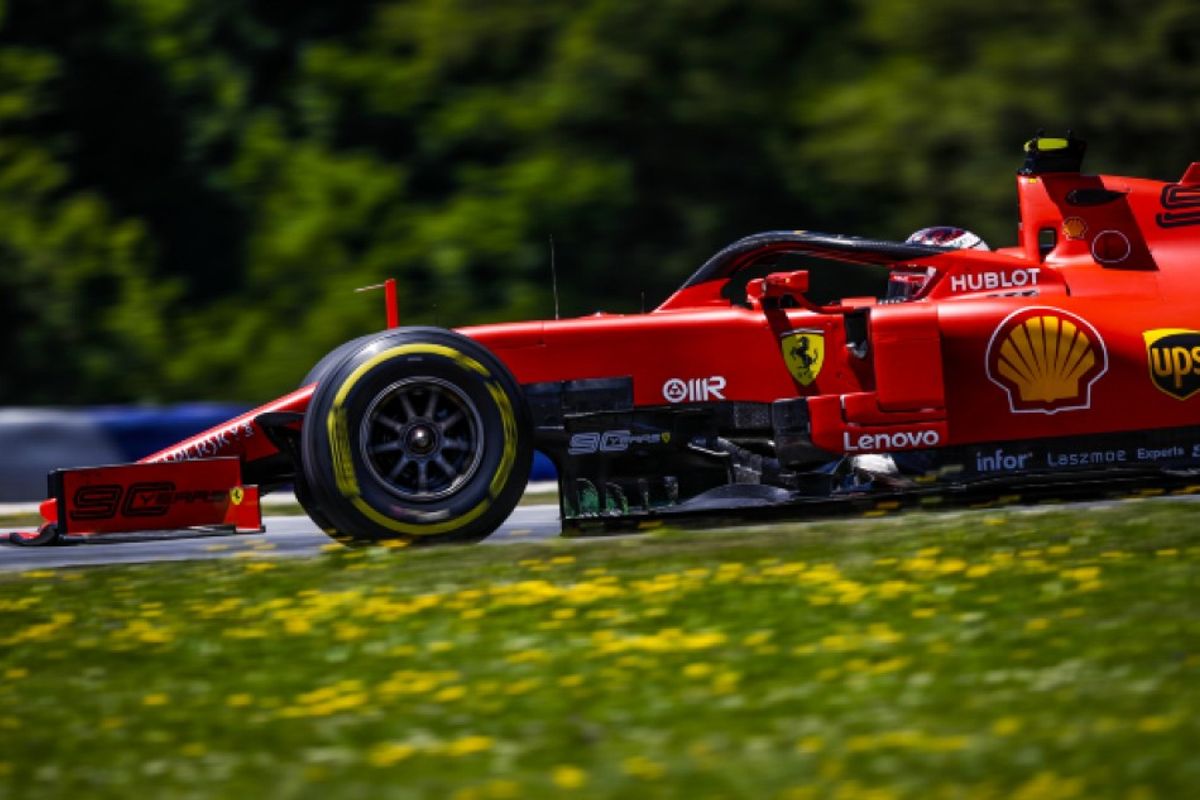 AHEAD OF HAMILTON AND VERSTAPPEN

Charles Leclerc scored his second career pole position beating Mercedes’ Lewis Hamilton by more than two tenths of a second to claim top spot in qualifying for the Austrian Grand Prix. Third place in the session went to Red Bull’s Max Verstappen, though the home team favourite could yet start from the front row as Hamilton was set to be investigated after the session for possibly impeding Alfa Romeo’s Kimi Räikkönen in Q1.

Ferrari led the way in the opening stages of Q1, with both Leclerc and Sebastian Vettel using medium tyres. Leclerc topped the order in the early exchanges, setting a time of 1:04.138. Verstappen, on soft tyres, then split the red cars with a lap of 1:04.339.

After a quiet opening, Mercedes were forced into final runs for bioth Hamilton and team-mate Valtteri Bottas and both eventually jumped to P2 and P3 respectively. Verstappen too, optedf for a final outing in the segment and the Dutch driver rose to P1 with a time of 1:03.807, 0.011 ahead of Hamilton and two tenths clear of Bottas. Behind them, Leclerc and Vettel stayed with their medium times to progress in P4 and P5 respectively.

At the bottom of the order Racing Point’s Sergio Pérez and Lance Stroll were eliminated in P16 and P17 ahead of Toro Rosso’s Daniil Kvyat, though the stewards also reported that after the session they would investigate whether the Russian driver had been impeded by 19th-placed Williams driver George Russell who was joined on the Q2 sidelines by team-mate Robert Kubica.

In the second session, Verstappen was first on track, and with medium tyres on board the Dutchman powered to good lap of 1:03.835. The benchmark was swiftly passed by Leclerc and Vettel, with the Monegasque driver in P1, though both set their times on soft tyres.

Hamilton, also on mediums, then crossed the line to edge verstappen out to P4 by three hundredths of a second. Valtteri Bottas took fifth place behind the Red Bull, and the Finn was the only other driver to progress to Q3 on mediums.

Pierre Gasly made it into Q3 on a time of 1:03.988 set on soft tyres and the Frenchman took sixth place ahead of Räikkönen, the second Alfa or Antonio Giovinazzi, McLaren’s Lando Norris and 10th-placed Kevin Magnussen of Haas.

And there was no moving Leclerc from top spot in the final session. The Ferrari driver set a commanding pace in the first runs to take P1 three tenths of a second clear of Bottas, with Verstappen in P3. And despite improvements from Hamilton and Max, Leclerc found more pace again in the final runs to take his second career pole position with a time of 1:03.003, 0.259 ahead of Hamilton and four tenths ahead of Verstappen.

Bottas was left with fourth place, while Kevin Magnussen was an impressive fifth for Haas ahead of Norris and the Alfa Romeo of Räikkönen and Giovinazzi. Magnussen, though, will drop back due to a grid penalty.

Gasly was unable to improve on his first run time of 1:04.199 and was forced to settle for ninth place. Tenth place went to Vettel, who failed to get out in Q3 due to a mechanical issue.