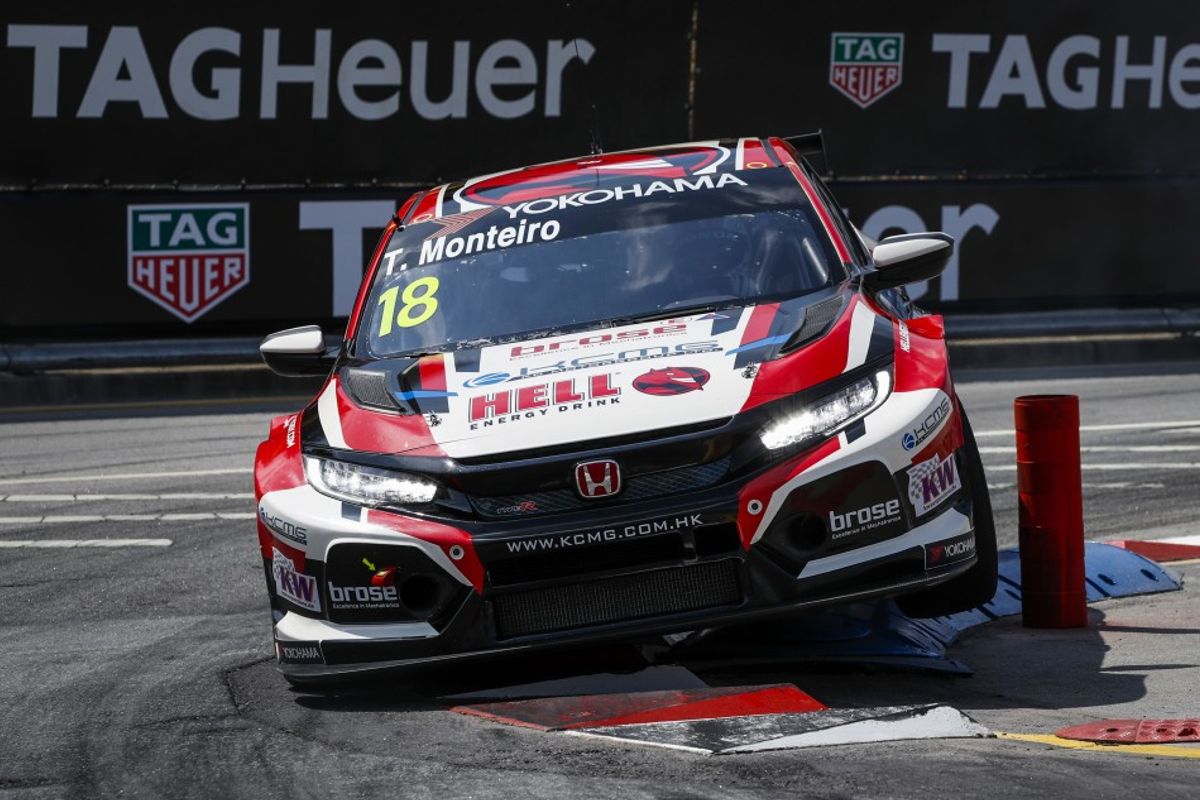 Tiago Monteiro scorched to a dream home victory at WTCR Race of Portugal after seeing off a challenge from Yvan Muller in Race 3 in Vila Real.

The KCMG driver, who has returned to racing this year after coming back from serious injuries incurred in a testing accident in 2017, was in tears on his slowing down lap after becoming the 11th different winner of the WTCR – FIA World Touring Car Cup presented by OSCARO season.

“God knows how much we worked for this,” said Monteiro. “The accident two years ago – you’ve no idea how hard we worked to come back. I always dreamed of this, but to actually do this… it’s unbelievable.

“I’m so sad for Attila who could have had his first win, but someone was watching out for me, just as they were in hospital. I lost focus in the last two laps – they were probably the hardest of my career.”

KCMG team-mate Attila Tassi led away from the DHL Pole Position, with Monteiro slotting in behind him as Muller passed his nephew Yann Ehrlacher on lap one to lead the Lynk & Co-powered challenge behind the two Hondas.

Tassi lost his lead on lap four when he began to slow, the 20-year-old eventually pulling in to retire. Muller played his ‘joker’ lap having just passed Tassi, with Monteiro following suit a lap later. The Honda just emerged ahead of the Lynk & Co, but it was close. From there, Monteiro pulled a gap to secure a dream victory in front of a joyful Portuguese crowd.

As Muller fell back from the leader, Ehrlacher closed up, the pair both coming under pressure from Race 2 winner Mikel Azcona in his PWR Racing CUPRA TCR. It seemed Muller was holding up the pair, but he held on to lead home a Lynk & Co two-three, with Azcona capping a great first weekend in Vila Real with a fourth to go with his earlier win.

Jean-Karl Vernay beat Rob Huff in a race-long duel for fifth, the Audi having beaten the Volkswagen off the grid.

Néstor Girolami claimed seventh for ALL-INKL.COM Münnich Motorsport, but his team-mate Esteban Guerrieri was out of luck. The WTCR / OSCARO points leader was forced to retire after a first-lap collision with BRC Hyundai driver Nicky Catsburg, denting his advantage at the top of the table.

The other points finishers were led by Johan Kristoffersson in P11, from Aurélien Panis, Kevin Ceccon – paying back Team Mulsanne for repairing his Alfa Romeo after his big qualifying accident on Sunday morning – Mehdi Bennani and Gabriele Tarquini.

There was bad luck for Comtoyou Team Audi Sport’s Frédéric Vervisch, who retired from P11 with a suspension failure with just two laps to run.