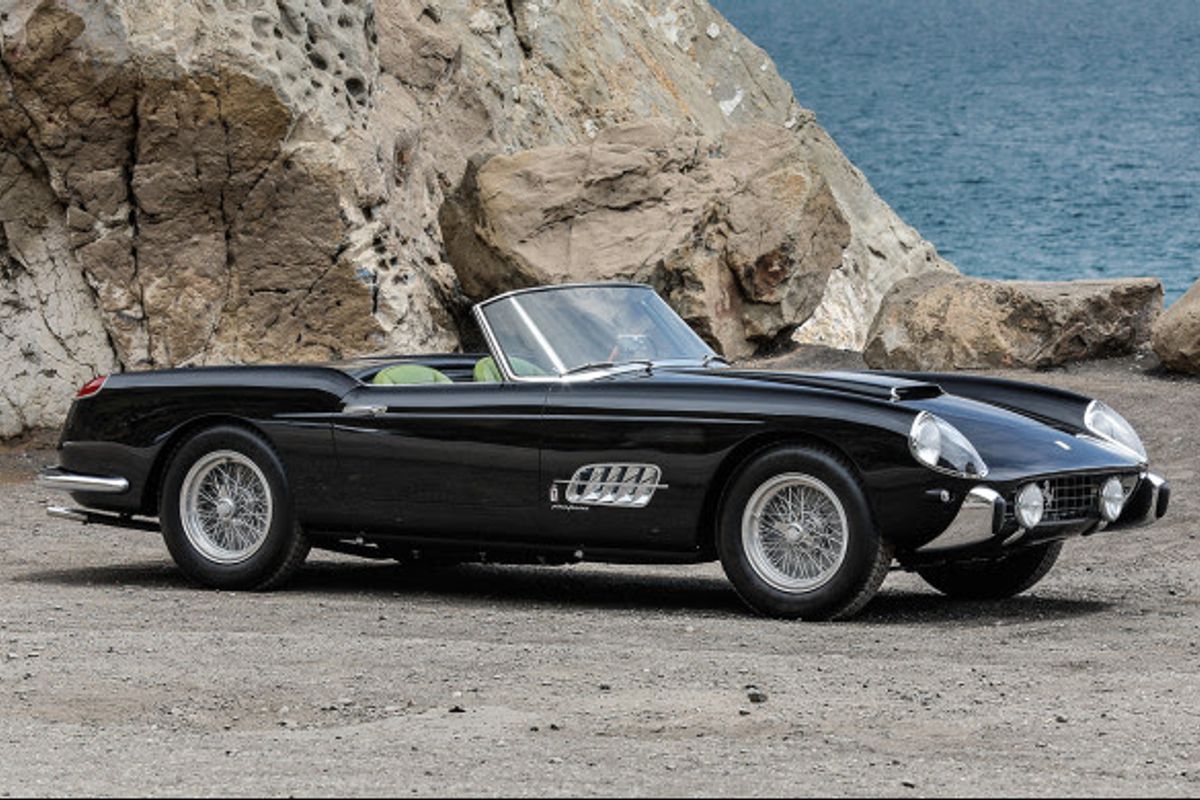 The elegant Series I Cabriolet was the most exclusive and expensive Ferrari road car of its era.

One of only 40 Series I Cabs built, chassis 0789 GT is one of just four equipped with the most desirable combination of coachwork details – covered headlights, side vents, and bumperettes. Like all Series I Cabriolets, 0789 GT was handbuilt by Pinin Farina’s custom workshop, where it was finished to the highest standards for one of Ferrari’s VIP clients, the eccentric aristocrat, playboy, and actor, Prince Alessandro “Dado” Ruspoli of Rome.

Ruspoli was the ideal buyer for such a Ferrari, both in terms of his social status and glamorous image. Dado was known as a notorious socialite, the inspiration behind Fellini’s film “La Dolce Vita,” and was often seen driving his exotic sports cars with such iconic figures as Salvador Dalí, Brigitte Bardot, Truman Capote, and Pablo Picasso. Prince Ruspoli eventually sold the Series I to continue paying for his lavish lifestyle, and the car remained in the care of devoted Italian enthusiasts throughout the 1970s and ’80s.

This Series I Cabriolet then came to the US and was owned by Ron Hein, a notable restorer and collector whose cars have won multiple awards. Hein’s restoration of 0789 GT was extremely well received, with the car taking First in Class at the 1994 Pebble Beach Concours d’Elegance®, the 1994 Santa Barbara Concours d’Elegance®, and the 1994 Newport Beach Concours d’Elegance®. Additionally, it won Best of Show at the 1996 FCA Vintage Concours in Carmel Valley, and the Outstanding GT award at both the 1995 and 1997 Rodeo Drive Concours in Beverly Hills. Never before offered at auction, this exceptional car has a fantastic provenance, with a connection to one of the most famous playboys of the jet set era. Beautifully finished in black over a stunning green interior, and coming from one of the finest collections of coachbuilt Ferraris, this ideally specified Series I Cabriolet will be an unmatched addition to any distinguished collection.