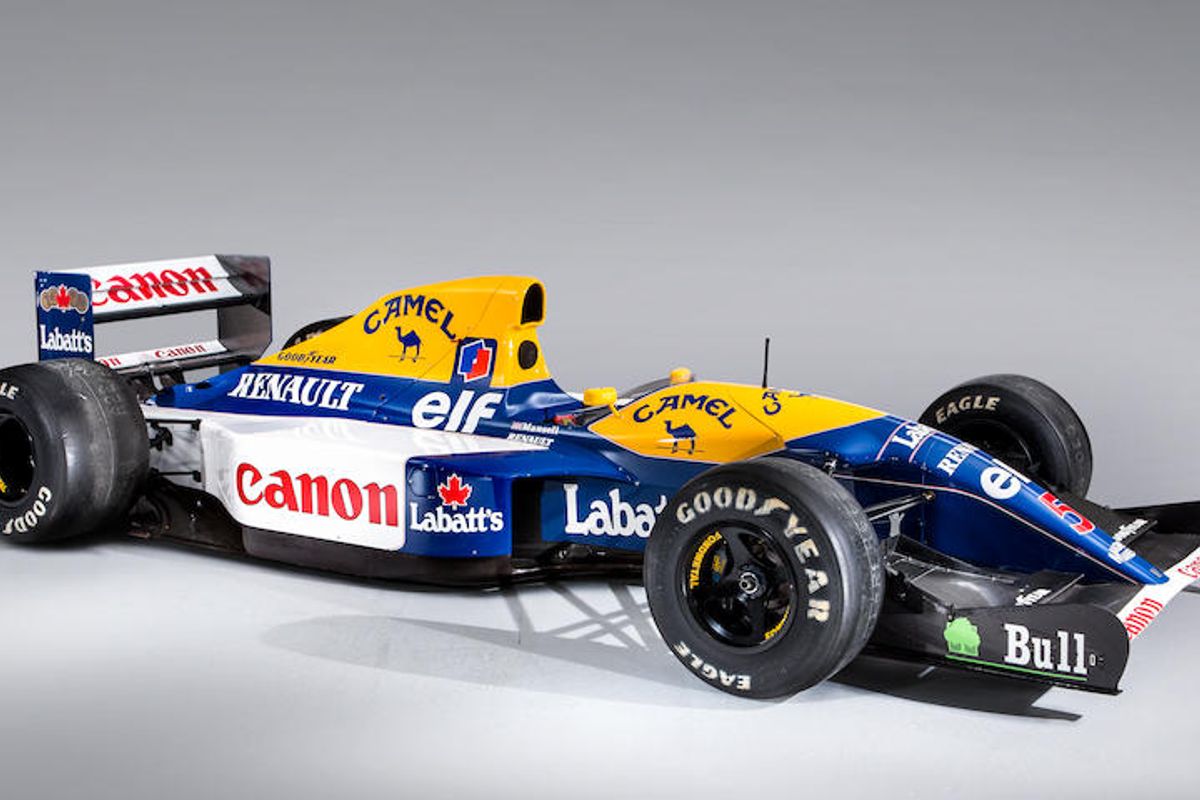 at Goodwood Festival of Speed

The Williams-Renault FW14B Formula 1 car, in which legendary British racing driver Nigel Mansell won a record-setting five Grand Prix races (all from pole) in his Championship-winning 1992 season, set another world record on Friday 5 July in Bonhams Festival of Speed sale, by achieving the highest price ever paid at auction for a Williams Grand Prix car - £2,703,000.

The car which Bonhams successfully sold on 5 July, FW14B chassis 08, contested 13 of that year's 16 qualifying Grand Prix races, and was driven by Nigel Mansell to victory in the first five races, all starting from pole position, setting a new Formula 1 record for consecutive wins.

"It was just a fantastic year, with a fantastic car!", said 1992 World Champion Mansell about the FW14B in an interview with Bonhams Magazine.

After a tense three-way international bidding battle, the Williams-Renault was secured by a renowned private collector.

Global Director of Motorsport for Bonhams, Mark Osborne, said: "The Festival of Speed celebrates the very best of motor racing history. Against this background – one week before the British Grand Prix – we are delighted to see Nigel Mansell's Red Five set yet another world record. "

As expected, other successful British motorsport challengers were also popular in the sale:

A 2001 Lister Storm GT1 Sport-racing Prototype – one of only six produced, which was driven by such names as Julian Bailey, Nicolaus Springer and Bobby Verdon-Roe, achieved £465,750.

Away from the race track, British road cars also proved popular with Festival of Speed bidders.

Aston Martin was feted by Goodwood, with the festival's central feature honouring the 70th anniversary of the brand. In the Bonhams sale, a 1962 Aston Martin DB4 Series IV 4.2 Litre Vantage Sports Saloon sold for £465,750.

A 2011 Land Rover Defender 'Spectre' which featured twice in the James Bond motion picture series, as the only Land Rover used in two consecutive films – Skyfall and Spectre – was sold for a stirring £316,250 – far exceeding its estimate.

Bonhams returns to Goodwood for the Revival Sale on 14 September 2019.