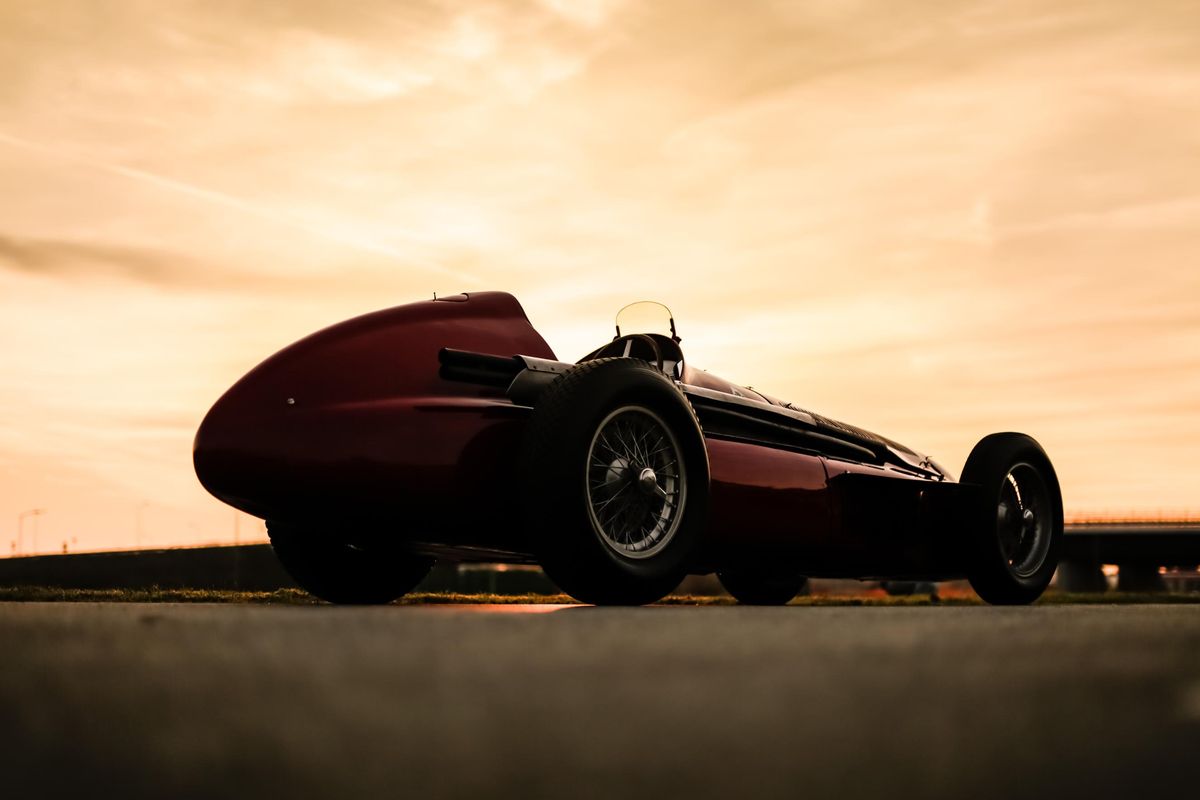 The car will lead the drivers’ parade before the British Grand Prix with Alfa Romeo Racing Team driver Kimi Räikkönen at the wheel
The Alfetta, designed in 1938 and equipped with a 1.5-litre straight-8 supercharged engine, won 11 out of 11 races in 1950 and Nino Farina become the first F1 World Champion

In 1951 Alfa Romeo won the F1 World Championship with the Alfetta 159, driven by Juan Manuel Fangio
The legendary Alfa Romeo GP Tipo 159 “Alfetta” will lead the drivers’ parade ahead of this year’s British Grand Prix, driven by Kimi Räikkönen of the Alfa Romeo Racing Team. The 159 is an evolution of the 158 model that won the first grand prix in the history of F1, driven by Nino Farina on 13 May, 1950.

The history of this single-seater is an exciting one. After World War II Alfa Romeo, with its Tipo 158 “Alfetta”, joined a number of brands competing in the Grand Prix. The car was built back in 1938 and incredibly had survived the conflict, hidden in a farm, under a fake woodpile.

The car was fitted with an innovative 195hp twin-cam straight-8 engine, with a Roots supercharger. It featured an in-unit gearbox with differential and was mounted on the rear axle, a design that would appear on rear-wheel-drive Alfa Romeo road cars such as the Alfetta, 75 and SZ.

Alfa achieved supremacy in 1947 and 1948 by constantly developing the cars. However when tragedy struck in 1949, Alfa Romeo withdrew from Grand Prix racing to prepare for the inaugural Formula 1 World Championship in 1950.

The car’s power rose significantly to 350hp at 8,500rpm, giving it a top speed of 181mph. The first ever F1 race was held at Silverstone where Alfa Romeo competed with a team affectionately known as the three “Fs” - Farina, Fangio and Fagioli. The fourth car was given to Reg Parnell, who came in third, behind Fagioli and the winner Farina. The team achieved 11 victories in 11 races and Nino Farina won the first F1 World Championship.

Going into the final race of the season, Farina had won two races and Fangio three and by winning the Spanish GP, the Argentinian was crowned World Champion. For the 1952 season, Alfa Romeo decided to withdraw - unbeaten - from Grand Prix racing.

The car leading the pack at this weekend’s race belongs to the FCA Heritage Collection, the department dedicated to protecting and promoting the history of the Italian brands of FCA. It is usually on display in the Alfa Romeo Museum in Arese, Milan - La Macchina del Tempo.