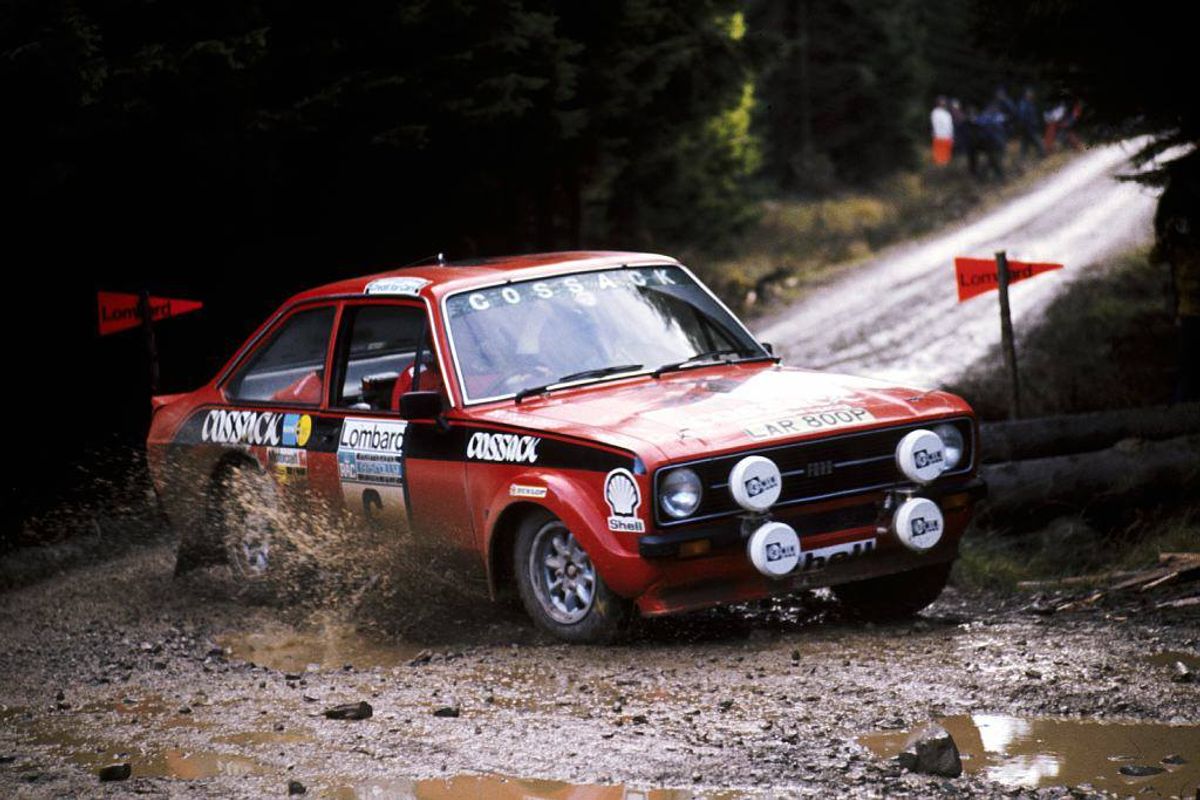 This year’s Wales Rally GB (3-6 October) will be the 75th running of the globally renowned event – a significant milestone that will be celebrated in style when the FIA World Rally Championship (WRC) arrives in the UK this autumn.

A special showcase featuring many of the stand-out cars from past generations will be one of the highlights at Thursday evening’s spectacular opening competitive stage at the popular Oulton Park circuit near Chester.

The celebratory display will include many icons from previous eras including significant Ford Escorts, Group B machines and victorious cars rallied by British heroes Colin McRae and Richard Burns.

Illustrating the rally’s remarkable history, the collection will provide visitors with an engaging insight into the sport’s evolution over time, whetting appetites for the arrival of the latest generation of WRC stars and cars – the fastest and most impressive machines ever to set wheels in the forests.

Back in 1932, the inaugural Royal Automobile Club Rally took its lead from the Monte Carlo Rally with crews driving standard road cars setting off from nine different towns and cities all bound for Torquay on the English Riviera via a variety of 1000-mile routes, each one with four control points. No fewer than 342 competitors entered and the £25 prize for having recorded the lowest number of penalty points was awarded to Colonel A. H. Loughborough driving a Lanchester 15/18.

Motor Sport magazine reported: “People with the knowledge and experience of the Monte Carlo Rally may, perhaps, have regarded the R.A.C event as a meek and mediocre counterpart of the former, but as a preliminary effort there can be no denying the fact that it was a great success. It showed that British motorists are really keen to indulge in motoring fixtures when the opportunity occurs provided they are organised by a competent body.”

Though there was a break in the action following the outbreak of the Second World War and again in 1957 for the Suez Crisis, the RAC Rally followed a similar format, albeit with the introduction of more competitive tests, until the start of the sixties when Scandinavian style off-road forest stages were first introduced – a move which cemented the rally’s reputation as one of the most challenging and respected on the calendar.

In 1973, the event’s international repute earned it a founding position in the newly created FIA World Rally Championship and, together with Finland, remains one of only two rounds that have featured on every year’s WRC roster ever since.

The switch to gravel tracks in the forests and a wintry, end-of-season slot on the schedule resulted in 30 years of Nordic success only interrupted by Roger Clark’s two home wins in 1972 and 1976.

The UK’s premier rally has also seen several title changes over its long history with the advent of title sponsorship from commercial partners such as Lombard, Network Q and Dayinsure. The UK’s round of the WRC has been titled Wales Rally GB for the past 17 years since the Welsh Government became principal funding partner in 2003.

“Only the Monte Carlo Rally can boast a longer or richer pedigree than Rally GB and only Finland has also retained a place on every World Rally Championship calendar – it’s this incredible esteem and heritage which make this historic event, in all its guises, so special,” remarked Hugh Chambers, CEO of Motorsport UK, organiser of Wales Rally GB. “While continuing to innovate and keeping the event fresh for both competitors and visitors, we are proud of the rally’s unique place in the sport’s history and will be celebrating that with this special 75th anniversary showcase at Oulton Park in October.”

Adult tickets to the opening Oulton Park Special Stage on Thursday are priced at just £25 and must be purchased in advance – grandstand seats are also available as well as a hospitality upgrade for those seeking the ultimate entertainment experience. Children aged 15 and under enjoy free admittance.

Full details of these – as well as a wide choice of tickets for the 21 Special Stages that follow on Friday, Saturday and Sunday – can be found on the walesrallygb.com website.