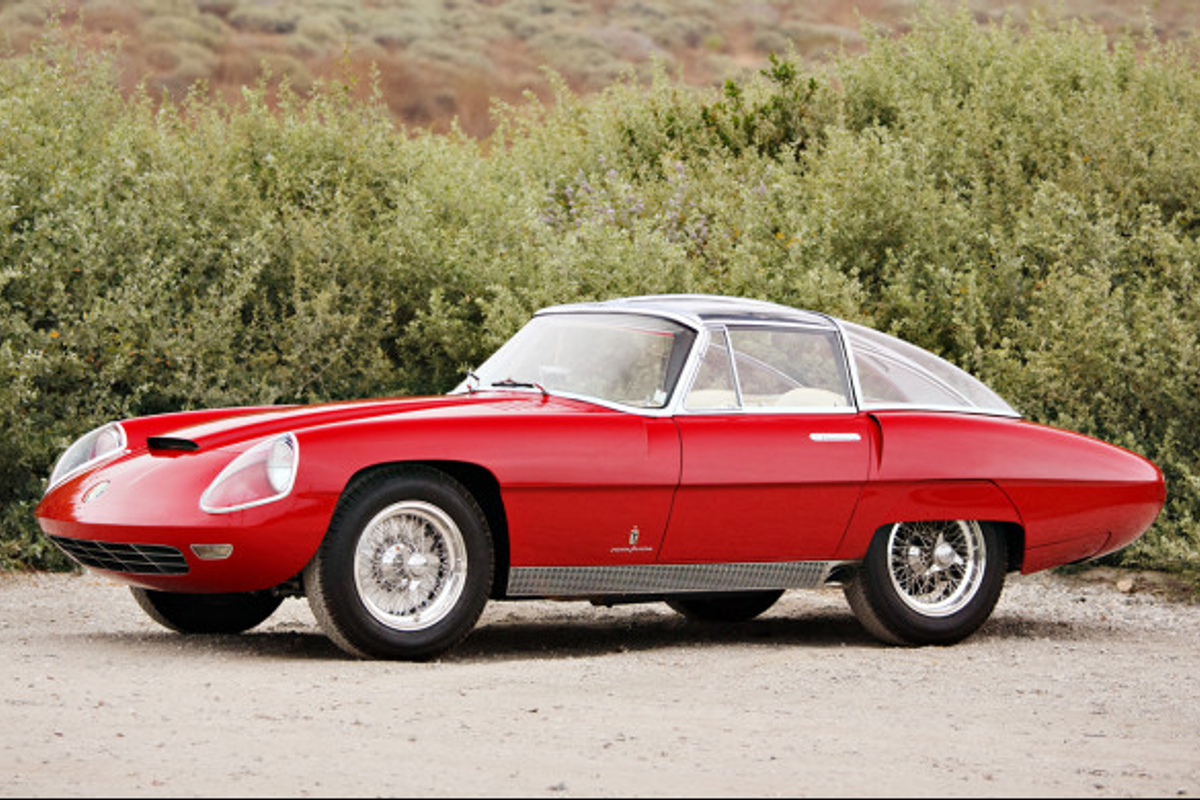 The Alfa Romeo, chassis 00128, is one of approximately six competition cars built before the company suspended its factory-backed racing activities in the mid-1950s.

One of the most technically advanced racing cars of its era, the 6C 3000 CM was built with a tubular spaceframe chassis, with independent front suspension, a De Dion rear axle, and inboard rear brakes. It also featured a magnificent 3.5-liter straight-six engine, with six individual Weber carburetors, twin overhead camshafts, and dry sump lubrication, producing 270 bhp. Following the 1954 racing season, this 6C 3000 CM was given to Carrozzeria Pinin Farina, who used the advanced chassis to build a series of experimental show cars.

The first version of the Alfa Romeo Superflow was unveiled at the 1956 Paris Auto Show and then underwent several revisions before being finished in its final Superflow IV form. A hugely influential design study, the Superflow series previewed design cues that would later appear on many Pininfarina-bodied production cars, such as the Alfa Romeo Duetto.

The Superflow IV was shown at the 1960 Geneva Motor Show and sold to an Alfa Romeo dealer in Colorado.

After many years in the hands of American collectors, 00128 joined Peter’s Kaus’ Rosso Bianco Museum in Germany, which, at the time, housed the largest sports car collection in the world with over 200 vehicles. Kaus sold off his collection in 2005, and this Alfa Romeo was acquired by a preeminent collector who meticulously restored it before its showing at the 2013 Pebble Beach Concours d’Elegance®.

The Superflow won First in Class, as well as The Vitesse – Elegance Trophy at Pebble Beach that year. It went on to show at the 2014 Concorso d’Eleganza Villa d’Este in Italy and Salon Prive, where it received Best of Show honors. This masterpiece is now returning to Pebble Beach to cross the auction block and promises to be a memorable sale.