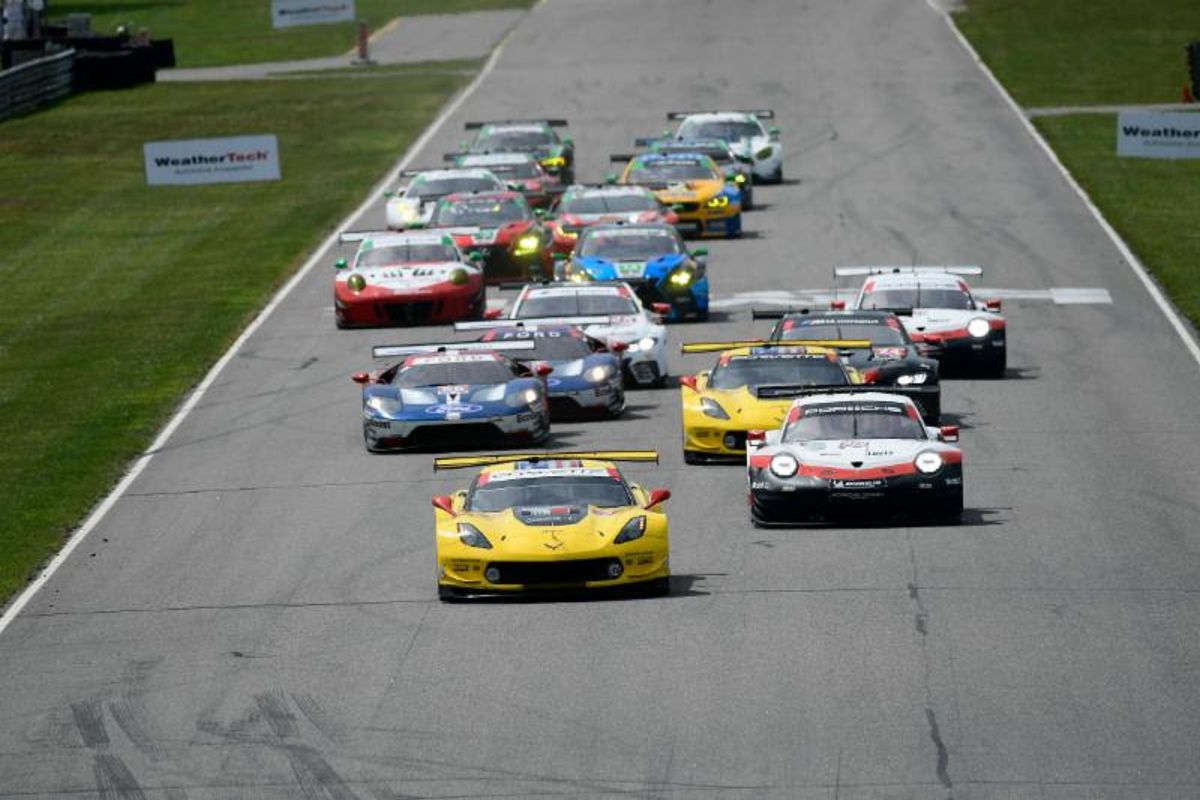 And the spotlight they will get this weekend at Lime Rock Park, when the GT Le Mans (GTLM) and GT Daytona (GTD) classes square off in the first of two GT-only races for the 2019 WeatherTech Championship with Saturday’s Northeast Grand Prix.

NBCSN will have television coverage of the two-hour, 40-minute battle on the 1.474-mile “bullring” known as Lime Rock at 9:30 p.m. ET Saturday night. The NBC Sports App and NBCSports.com will offer live streaming of the race beginning at 3 p.m. ET, with live weekend coverage also available from IMSA Radio on IMSA.com and RadioLeMans.com. SiriusXM Radio also will carry the live IMSA Radio call of the race Saturday afternoon.

That happened in 2017, when Patrick Pilet and Dirk Werner delivered the first victory for the mid-engine Porsche 911 RSR in the GTLM class as co-drivers of the No. 911 Porsche GT Team entry, while Patrick Lindsey and Joerg Bergmeister claimed the GTD win in the No. 73 Park Place Motorsports Porsche 911 GT3 R.

The German manufacturer is currently riding a hot hand in the WeatherTech Championship, with five consecutive GTLM victories spread between Pilet and his current co-driver, Nick Tandy, in the No. 911 Porsche and the No. 912 RSR shared by Earl Bamber and Laurens Vanthoor. Bamber and Vanthoor scored the team’s most recent victory in the Mobil 1 SportsCar Grand Prix presented by Acura at Canadian Tire Motorsport Park earlier this month, vaulting themselves back to the top of the WeatherTech Championship GTLM standings.

The No. 912 teammates hold a four-point advantage, 186-182, over Tandy and Pilet. And Tandy thinks Lime Rock presents a good opportunity for the manufacturer to extend its 2019 win streak to six.

“Lime Rock is great turf for Porsche,” he said. “We look forward to this unique race all year.”

Tandy’s not alone, though. You can bet that No. 66 Ford Chip Ganassi Racing Ford GT co-drivers Joey Hand and Dirk Mueller will return to Lime Rock this week with fond memories of their 2018 victory fresh in their minds.

The same can be said for Corvette Racing, and especially No. 4 Chevrolet Corvette C7.R driver Oliver Gavin, who co-drove to the historic 100th victory in Corvette Racing program history (including eight 24 Hours of Le Mans victories) with Tommy Milner in 2016. This weekend, Gavin will be joined by Marcel Fassler – standing-in for the injured Milner – in search of the team’s historic 100th IMSA win, as will two-time defending WeatherTech Championship GTLM champions Jan Magnussen and Antonio Garcia, who are hungry to win in the No. 3 C7.R.

Over the past three years, GTLM wins have gone to Corvette (2016), Porsche (2017) and Ford (2018). That being the case, perhaps it will be BMW’s time to shine, which should be welcome news for BMW Team RLL and its pair of BMW M8 GTE entries.

The GTD class has seen four different manufacturers win each of the past four years at Lime Rock, beginning with current WeatherTech Championship Daytona Prototype international (DPi) points co-leader Dane Cameron and then-co-driver Michael Marsal winning in the No. 94 Turner Motorsport BMW Z4 back in 2015.

The following year, it was John Potter and Andy Lally in the No. 44 Magnus Racing Audi R8 LMS GT3 before Lindsey and Bergmeister’s 2017 win for Porsche. Last year, it was a “home” win of sorts for New Jersey-based team owner Paul Miller and his No. 48 Lamborghini Huracán shared by Bryan Sellers and Madison Snow.

Will we see yet another different manufacturer win in GTD this year? There are plenty to choose from, including Acura, Ferrari, Lexus, McLaren and Mercedes-AMG.

Tune in Saturday to find out, or better yet, get your Northeast Grand Prix tickets now. Information is available at LimeRock.com.