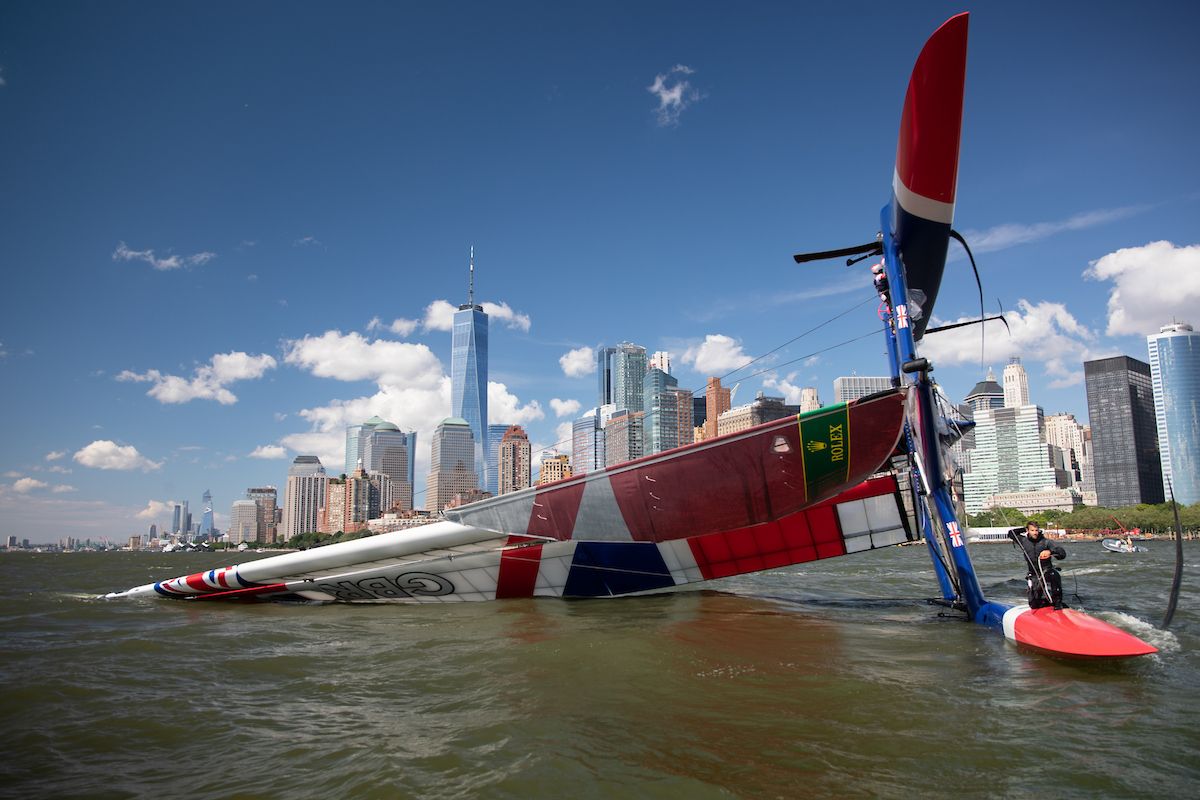 SailGP’s New York debut brought harsh conditions that put teams to the test in a way sailing fans had never seen before.

One wrong move made, and it could be a show-stopper; but when a team made all the right tactical calls, the race was theirs. Looking back at SailGP’s inaugural racing on the Hudson, winning was all about playing the conditions right.

The Great Britain SailGP Team’s capsize set the tone for the event. It was the first ever time an F50 had been completely upended, and it forced competitors to take a more conservative approach in the shifting winds. Flight controllers worked on racing at lower ride heights, often allowing the windward hull to graze the surface of the water to keep the boat steady.

It was no secret that the helmsmen and flight controllers were feeling the heat.

“It was tough conditions, but team Japan was better. They’ve been better than us the last two days, and they deserved the win,” said Australia SailGP Team helmsman Tom Slingsby when the racing concluded. “Today was about as tough as it gets in sailing.”

The Hudson River, with its urban topography and narrow racecourse, challenged teams with varying wind speeds and turbulent breezes that moved unpredictably across The Hudson. New York SailGP wasn’t a test of top speeds, but of consistency and control despite changing conditions.

Luke Parkinson, flight controller for the Japan SailGP Team, knew things could change for the race leaders in an instant.

“Our 300-meter lead going into the last downwind gate [during the final match race] didn’t even feel like the enough- the wind could’ve died out quickly, and we could’ve still lost that lead,” said Parkinson.

In such a variable environment, the entire team is working double time to keep the F50s sailing optimally. The top teams, including the Japanese, the Australians, and the Americans, were better at changing gears through moments of high wind speeds and low wind speeds and staying ready for whatever the racecourse threw at them next.

In fact the Australians were working so hard that their power usage was significantly more than any other team, as they continually adjusted the foils and 24 meter wingsail, in the challenging conditions.

“Comparing the data in the conditions on the Hudson is hard, given the segments of steady breeze were so short,” said Scott Babbage, SailGP Testing Manager. “However, there is one definite conclusion that can be made. The winning teams spent less time worrying about going fast, and more on spending less time going slow.”

With Cowes SailGP on the horizon, fast-moving tides, sandbanks, waves and potentially windy conditions could provide a different set of challenges for the six teams on the Solent. One thing that is certain, is that the British team will be looking for a comeback on their home waters.