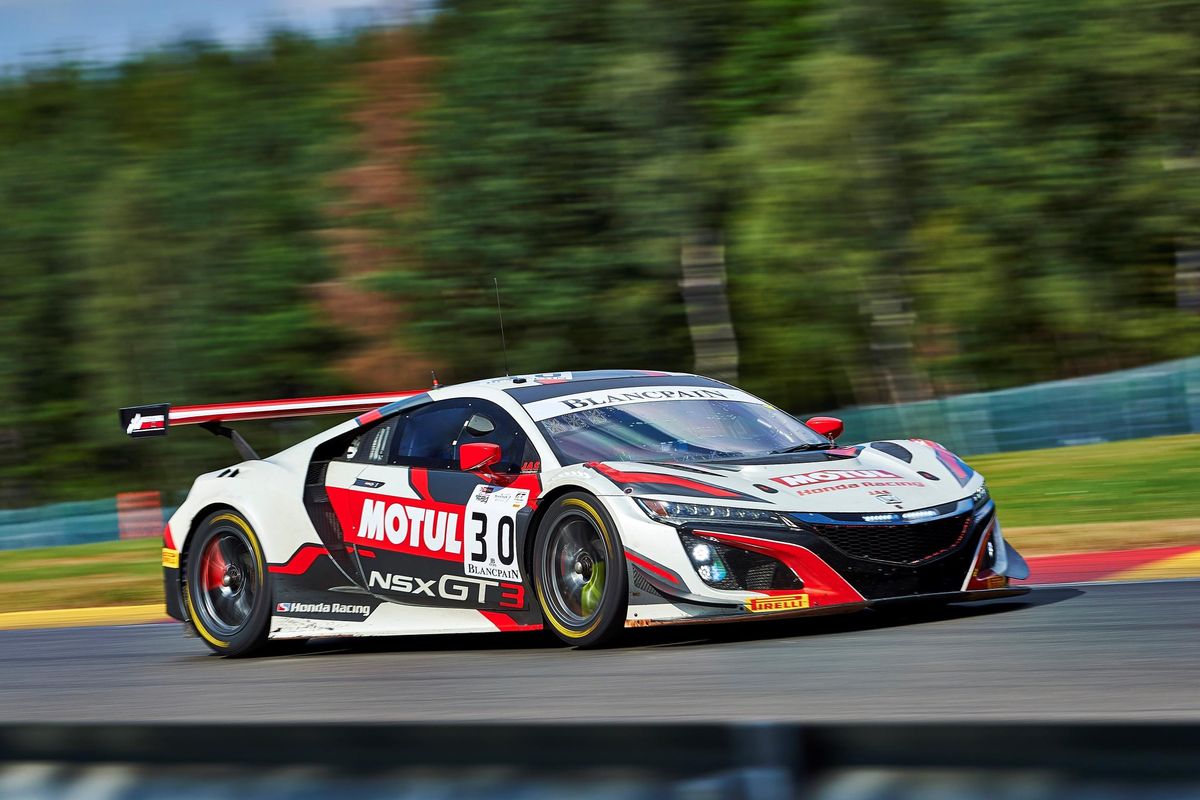 Taking place at the legendary Spa-Francorchamps circuit in the Belgian Ardennes, the twice-around-the-clock event is the highlight of both the IGTC and the Blancpain GT Series Endurance Cup, and features a monster 73-car entry, including the Honda NSX GT3 Evo.

Drivers Bertrand Baguette, Mario Farnbacher, and Renger van der Zande made a strong debut in the IGTC at Laguna Seca in March by claiming pole position for the California Eight Hours, and head into this event aiming to make their mark.

Bertrand, 33, is one of Belgium’s most successful sportscar racers of the current era. An LMP2 World Champion and Le Mans 24 Hours winner in 2013, the Honda Racing Super GT driver has also won Japan’s biggest endurance race, the Suzuka 1000km.

He returns to Spa one year after racing an NSX GT3 in the pro-am class with current WTCR - FIA World Touring Car Cup leader Esteban Guerrieri, Formula 1 race winner Riccardo Patrese and Loic Depailler, and has a best finish of eighth overall.

While this is his 24 Hours of Spa debut, the German has raced at the seven kilometer circuit before and was a winner in the International GT Open when he last visited in 2017.

Renger, 33, is enjoying an incredible 12 months. An outright victory at last year’s IMSA finale, Petit Le Mans, was followed by the biggest win of his career, the Daytona 24 Hours, in January.

Currently battling for the IMSA title, he tackles the Spa 24 Hours for the fourth time having finished second on his debut in 2016.

The car, as in all IGTC races this year, will be run by Honda technical partner JAS Motorsport, under the authority of Team Principal Alessandro Mariani.

A second NSX GT3 Evo has been registered for IGTC points at Spa this weekend; the Silver Cup entry run by Jenson Team Rocket RJN; a team who has won both the Blancpain GT Endurance Drivers’ title and the pro-am Teams’ crown over the past five years.

The NSX GT3 made its competitive debut in 2016. Including the latest ‘Evo’ version, which began racing this year and is based on the NSX production vehicle, the GT3 is a race winner in the North American-based IMSA WeatherTech Sports Car Championship, the Blancpain GT World Challenge America, plus the Europe-based Blancpain Sports Club.

Bertrand Baguette said: “The 24 Hours of Spa is the most prestigious GT3 race in the world and, as a Belgian, it’s a huge honour for me to be a part of Honda Team Motul at this incredible event. We learnt a lot here last year, running in the pro-am category, as well as at Laguna Seca in March, where we showed that the NSX GT3 Evo was fast enough for pole position, but weren’t able to capitalise on that speed in the race. We’ve taken what we’ve learned and worked hard with it. This, as well as the ultra-high motivation in the team, will hopefully drive us on to a strong performance; one which is very important to me in front of my home crowd.”

Mario Farnbacher said: “I’m so excited to tackle the 24 Hours of Spa for the first time. It’s an incredible race on one of the world’s best circuits, so to be chosen by Honda to be a part of this programme here is a privilege. Both Renger and I only had one-and-a-half days at the official test because we were between back-to-back races in North America, but the running we did was incredibly useful, especially as the tyres have different characteristics to the ones my NSX GT3 Evo runs on in IMSA. I’ve already won with the car in my regular programme this year and while I’d love another trophy this weekend, I don’t think you can really set an expectation for a 24-hour race where anything can happen.”

Renger van der Zande said: “I’m looking forward to the 24 Hours of Spa; a circuit I love and a race I came so close to winning on my debut here in 2016. This will be my third race with the NSX GT3, and the transformation in the car since I first drove it in testing in October 2017 is incredible. The Evo version that has come along this year is definitely the nicest to drive and easily the most consistent over a long stint. I think that if we can avoid the usual things that can get in the way in a 24-hour race and get our strategy right with the inevitable safety cars and slow zones, we can be contenders. This is one of those races where you really have to have luck on your side because with more than 70 cars on the track, you never know what’s around the next corner.”