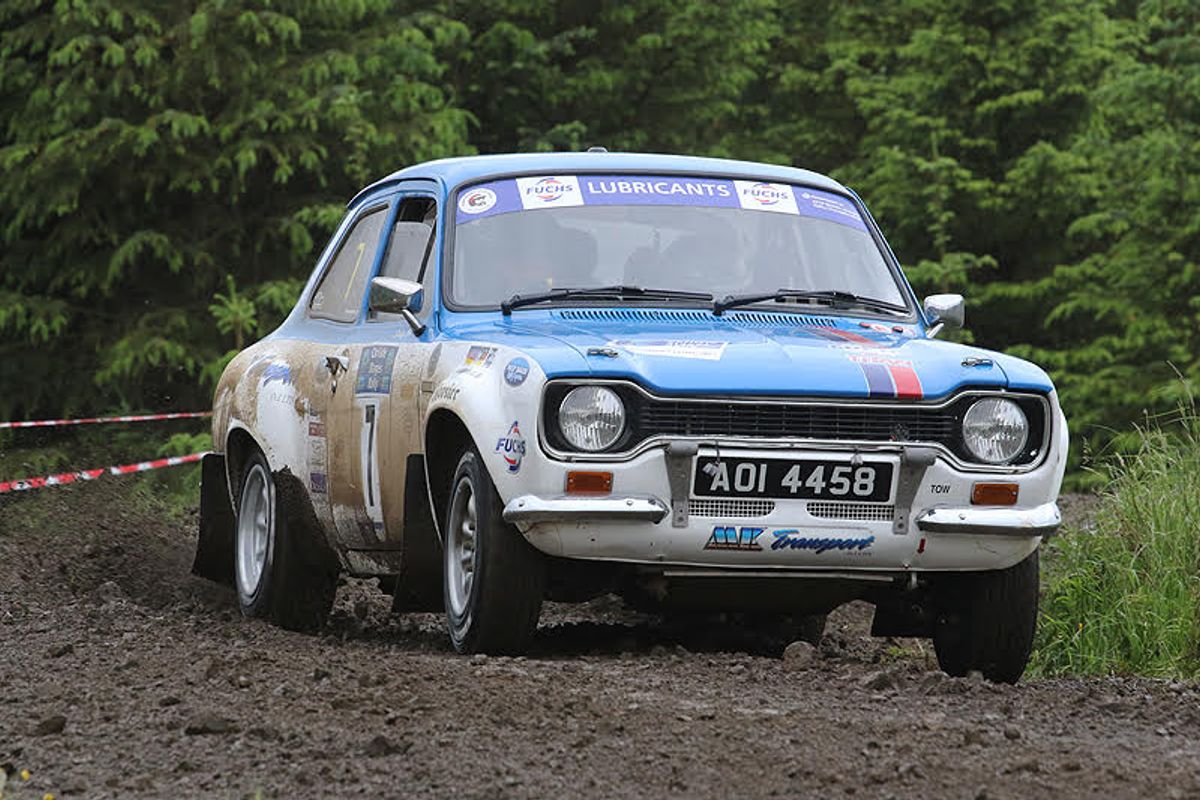 The daunting challenge of the asphalt roads of the Epynt ranges in mid-Wales form the next destination for contenders in the FUCHS LUBRICANTS Motorsport UK British Historic Rally Championship for round five, the Harry Flatters Rally (Sunday 28 July).

The Brecon Motor Club event marks the first asphalt rally of the championship season after the opening four gravel rounds. After the Harry Flatters is the asphalt of the Ulster Rally before the action returns to gravel for the final round in Yorkshire in late September. Historic cars spanning the 1960s and 1970s will tackle fast and flowing stages on Epynt during the fifth of the seven-round calendar.

As well as being the fifth of seven BHRC rounds, the Harry Flatters is also the fifth round of BHRC2 supported by Sherwood Engines, which puts the emphasis on the Category 1 (pre-1968) and up to 1600cc cars in the championship.

This is proving to be one of the most open years yet for the BHRC and half a dozen crews will head to Wales with title aspirations. Competitors count their best five scores from seven events, so it is all to play for and the title battle could well go all the way to the final round. However, for the title hopefuls, a strong finish on Epynt is essential.

Heading the points going into round five and Northern Irish crew Stanley Orr and Graham Henderson in their Ford Escort Mk1. They are the only contenders to have scored well on all four gravel rallies to date and Orr has plenty of asphalt experience. However, opponents are lining up to take points away from Orr and they include Escort Mk2 crews Rudi Lancaster/Guy Weaver, Simon Webster/Jez Rogers, Steve Bennett/Osian Owen, Adrian Hetherington/Ronan O’Neill and Joe Price/Chris Brooks. Webster scored a famous victory last time out on the Red Kite and duly changed plans in order to contest the Harry Flatters as a title bid became a reality. Meanwhile, Price missed the Red Kite completely after engine dramas on the Carlisle Stages and heads to Epynt knowing that he needs three strong finishes from the three remaining rounds.

Making a welcome return after an enforced three-month sabbatical will be Nick Elliott and Dave Price. A wrist-breaking accident on the Pirelli Rally at the end of April forced Elliott onto the sidelines, but he is now fit and raring to go. His title hopes are pretty much over, but a strong result on Epynt would be the perfect way to rejoin the sport.

Ranged against the Escort hordes will be the Triumph TR7 V8 of David Kynaston and few other drivers have fully experienced the highs and lows that Epynt can deliver. The Devon driver has extensive Epynt knowledge and will be pushing for a strong result.