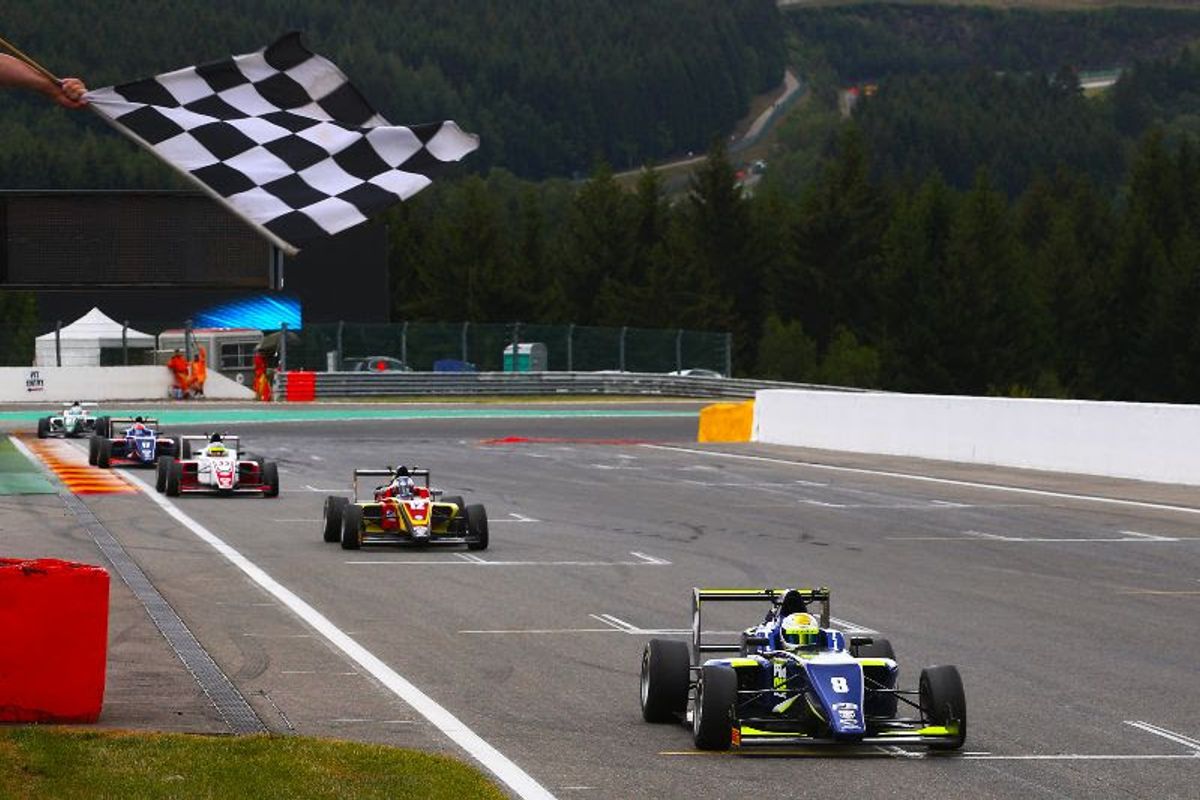 Carlin's Kaylen Frederick claimed his second win of the year in race one at Spa Francorchamps this afternoon (Saturday), after an intense battle with Chris Dittmann Racing's Ayrton Simmons.

Both took turns at leading the race, but Frederick made a move stick on the pole sitter on the penultimate lap after several moves between the two earlier in the race, and claimed the win by 0.864s from Simmons. Manuel Maldonado threatened to join the lead battle and claimed third for Fortec after moving up from seventh on the grid.

At the start, Simmons had a good launch off the line to establish a small gap to his rivals, while Frederick began his progress by taking third on the opening tour.

Frederick moved past Neil Verhagen for second on lap two, as well as closing down the gap to Simmons, and made his first move into the lead at Les Combes on lap four. Simmons regained the lead at the same corner on the next lap, but Frederick didn't let him get away and made a decisive move on the penultimate lap of the contest.

Frederick commented: "I got a good start and was up to P3 after turn one and then I kept the pressure on the guys in front of me. I had really good pace in the middle sector, so I could stay right up behind the other drivers and once I got ahead, could create a bit of a gap and run my own race pretty much.

"I just kept setting Ayrton up to get a run on him down the Kemmel straight and I stuck behind him in the last sector to make sure I was right up behind him. I didn't want to be first leading onto the big straight so I stuck behind him, made the pass stick and then put a really good lap in and built up a little gap."