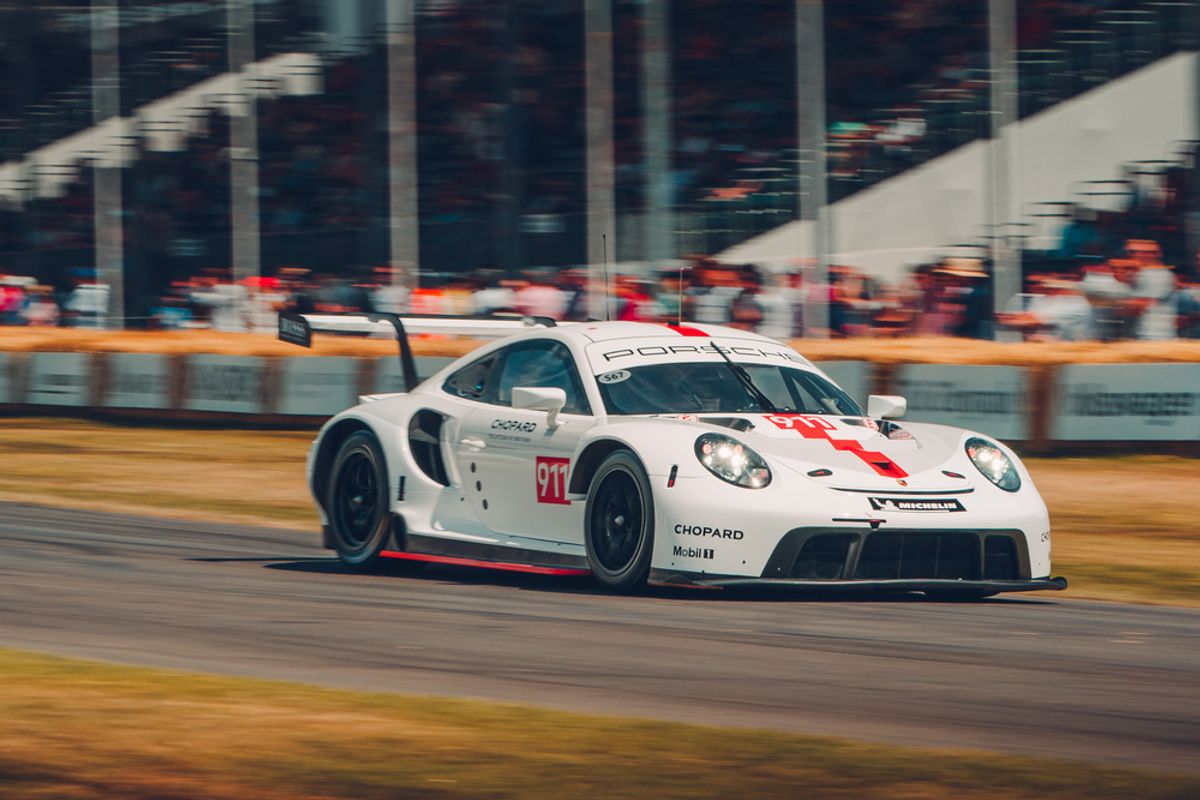 The new Porsche 911 RSR (2019 model year) will meet rival vehicles in the GTE-Pro class for the first time at the prologue of the FIA World Endurance Championship on 23 and 24 July in Barcelona, Spain. At the official tests prior to the start of the 2019/2020 FIA WEC season, Porsche, as the reigning world manufacturers’ champions, will run two of the new ca. 515 hp racing vehicles from Weissach. The new Porsche 911 RSR was unveiled at the beginning of July at Goodwood in Great Britain. In the GTE-Am category, the customer squads Project 1, Gulf Racing and Dempsey Proton Racing will field a total of five 2018-spec Porsche 911 RSR racers.

The prologue
Traditionally, the World Sports Car Championship WEC holds a two-day test prior to the start of the new season. These tests allow teams and drivers to prepare for the upcoming races. Moreover, the performance data from the so-called prologue are used to check the balance of performance (BoP), as well as to test measuring methods and practice procedures such as slow zones. With the exception of 2017 (Monza, Italy), these tests have always been held at the start of the season in Le Castellet, France. This year, however, the prologue will be run for the first time on the Spanish Formula One circuit just outside Barcelona. The programme includes two four-hour test sessions on both days.

The Porsche GT Team drivers
In the cockpit of the No. 91 car are Richard Lietz from Austria and Gianmaria Bruni from Italy. The second Porsche 911 RSR (No. 92) is shared by the world drivers’ champions Kévin Estre (France) and Michael Christensen (Denmark). The driver crews in the five customer-run Porsche 911 RSR racing vehicles will be announced at a later date.

The Porsche 911 RSR
The Porsche 911 RSR (2019 model year) celebrates its racetrack debut at the official tests prior to the start of the 2019/2020 season of the World Sports Car Championship WEC. The 515 hp vehicle from Weissach (depending on the restrictor) was presented on the occasion of the Goodwood Festival of Speed (Great Britain) at the beginning of July, 2019. Compared to its extremely successful predecessor, the car for the GTE-Pro class of the FIA WEC received improvements in areas such as driveability, efficiency, ergonomics and ease of servicing. The new Porsche 911 RSR is powered by a six-cylinder boxer engine with a 4.2-litre displacement.

Comments prior to the prologue
Fritz Enzinger (Vice President Motorsport): “Our engineers, drivers and teams from the FIA WEC and the North American IMSA series have jointly developed and familiarised themselves with the new Porsche 911 RSR at numerous tests. Now a new mission begins. We want to defend the world championship title. The prologue marks the start of an intense year in the FIA WEC with eight races in less than ten months.”

Pascal Zurlinden (Director GT Factory Motorsport): “We’ve designed the new Porsche 911 RSR from scratch. We used the test drives to prepare meticulously for the upcoming challenges. Now we finally get the chance to meet our competitors in the FIA WEC. As world champions, we’re heading into the new season feeling confident. However, in the lead-up to the prologue, we still have a few unanswered questions because we’ve never driven at Barcelona. I’m curious to see how well our new car performs on this racetrack.”

Richard Lietz (Porsche 911 RSR #91): “We already got to know our new Porsche 911 RSR well at the test drives. The car is better than its predecessor in many aspects. It’ll be interesting to verify these first impressions on a racetrack like Barcelona. It’s not without good reason that the Formula 1 goes testing there every year before the start of the season. You can learn a lot about the handling, aerodynamics and tyre wear on this special circuit. It’s important to head into the first training sessions at the Silverstone season-opener with a good baseline setup.”

Gianmaria Bruni (Porsche 911 RSR #91): “The prologue always gives me a good feeling, because this test is a clear signal that the new season is about to start. Every driver looks forward to that. The circuit near Barcelona has an interesting layout. I’m really curious to see how our new Porsche 911 RSR goes on some of the very demanding passages.”

Kévin Estre (Porsche 911 RSR #92): “It’s fantastic to return to the FIA WEC as the reigning world champion. I’m thrilled that we can contest the new season with the same driver crew. The prologue will be exciting: we’ll be up against the competition for the first time with our new car. Barcelona will give us an indication of where we stand compared to our rivals. I hope as many spectators come to watch the tests on Tuesday and Wednesday as there were two years ago at the official tests in Monza.”

Michael Christensen (Porsche 911 RSR #92): “It feels a bit strange that the prologue is already heralding the new FIA WEC season when the Super Season only finished five weeks ago at Le Mans. I’m really looking forward to the test and and the further cooperation with the team and my world champion teammate Kévin. At the prologue I’m sure we’ll give our new Porsche 911 RSR the perfect final tweaks for the season opener at Silverstone.”