Varrone and Simmons the F3 winners on sensational Spa Sunday 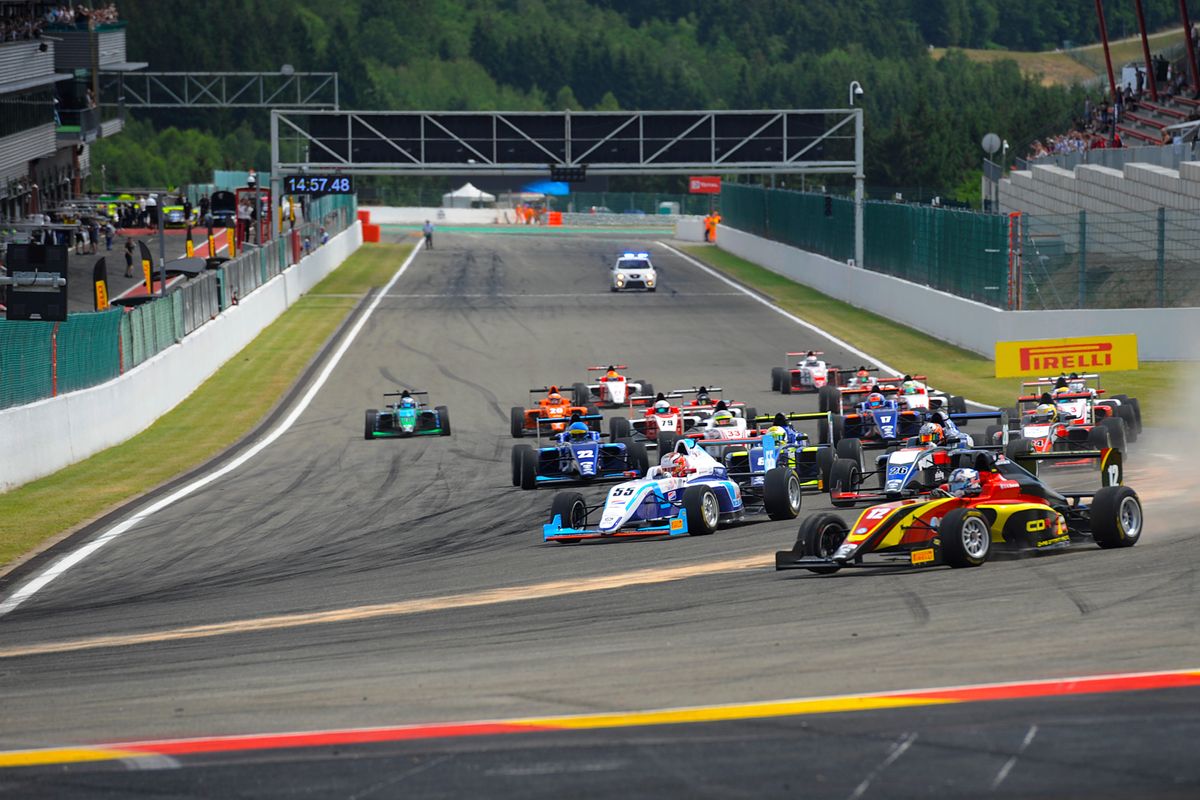 Hillspeed’s Nico Varrone and Chris Dittmann Racing’s Ayrton Simmons claimed wins at Spa Francorchamps, after a pair of stunning contests at the home of the Belgian Grand Prix on Sunday.

Varrone’s triumph came from eighth on the grid after he delivered an overtaking masterclass, while Simmons breathed new life into the title battle after claiming his second win of the year.

Race two
Hillspeed’s Nico Varrone blasted to an impressive maiden British F3 win this morning in just his fifth race in the series, after a thrilling opening race of the day at Spa Francorchamps.

The Argentinean driver started eighth on the grid, but pulled off a series of superb overtaking manoeuvres to storm up the order, including a move on two cars at the Bus Stop Chicane. He moved into the lead with a pass on Lanan’s Josh Mason on the penultimate lap of the contest, and then held off a challenge on the last lap to claim his maiden win in style.

Mason claimed second, finishing just over seven tenths behind, while Neil Verhagen claimed third for Double R Racing, with both drivers taking turns to lead the race before Varrone took charge and became the ninth different driver to win a race this year.

Varrone commented: "It's incredible. My first race was at Silverstone last month and I couldn't get to Donington because of budget reasons but we are here at Spa, my first time at Spa and my first time driving here was only on Friday, so it's all still very new for me. To get a win from P8 with very strong pace is something I can't believe, the car was fantastic and it's incredible."

Race three
Simmons converted pole position into his second victory of the season after controlling proceedings this afternoon. He built a strong lead after the first lap, eliminating the chances for the following pack to enter the slipstream down the Kemmel Straight that has proved so vital this weekend.

He ultimately finished just under two seconds clear of championship leader Clement Novalak, who climbed from eighth to second and claimed his first podium result since Silverstone in June, and stretched his title advantage over nearest rival Johnathan Hoggard.

Kiern Jewiss meanwhile delivered an equally impressive drive from 10th on the grid to third, including strong moves on Manuel Maldonado and Neil Verhagen on lap seven to claim his third podium of the season.

Simmons commented: "After the first three laps I knew I had a pretty decent gap and it was getting bigger on every lap. I didn't really look in my mirrors, only on the last lap to check and I knew Novalak was behind, but he was so far behind that I knew if I had no mistakes and did a nice clean last lap I was going to win it.

"It's a good start to the second half of the year and hopefully we can close the gap to the top of the championship."