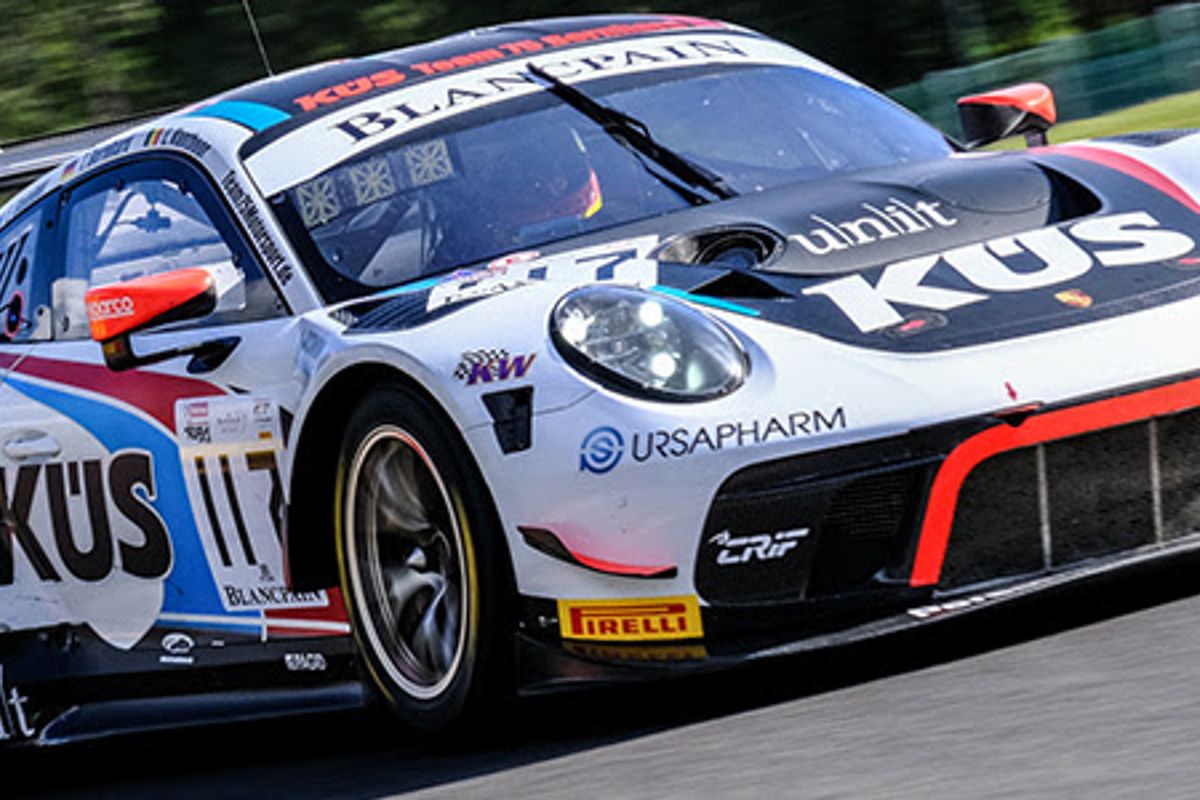 The largest entry in Intercontinental GT Challenge Powered by Pirelli history will tackle the world’s biggest GT3 race this weekend when 28 cars representing eight manufacturers compete at the 71st Total 24 Hours of Spa.

Incredibly, entries contesting the world’s only global GT3 championship also comprise almost 40% of the largest field ever assembled for the annual event in Belgium, which marks the halfway point in this year’s five-round campaign.

Six of the eight full-season manufacturers have nominated their full quota of four entries, the first two of which will score points if they finish inside Intercontinental’s top-10 on Sunday. Indeed, unlike the Blancpain GT Series Endurance Cup which also competes at Spa, #IntGTC points are only awarded when the chequered flag falls after 24 hours.

Audi, Bentley, BMW, Ferrari, Honda, Nissan and Porsche are all chasing Mercedes-AMG in the Manufacturers’ and Drivers’ standings following endurance races at Bathurst in Australia and Laguna Seca in America. But will the German marque remain out front after this weekend’s European excursion?

It’s consistency rather than wins that has given Mercedes-AMG an early but also substantial advantage in both the Manufacturers’ and Drivers’ standings. Podiums at the first two rounds have helped Maxi Buhk, Maxi Goetz and Raffaele Marciello establish an 11-point lead over their nearest rivals, while Mercedes-AMG stretched its advantage to 19 points at the California 8 Hours.

Bathurst’s winners also finished on the podium at Laguna Seca to maintain the pressure on Mercedes-AMG. However, with neither of its full-season crews finishing both races, its deficit in both the Manufacturers’ and Drivers’ championships stands at 19 and 11 points, respectively.

HubAuto Corsa’s emphatic victory at Laguna Seca has brought Ferrari back into Intercontinental GT Challenge contention ahead of Spa where the Scuderia, like many of its rivals, has drafted in further factory line-ups to bolster its chances.

However, it’s their sole full-season entrant – HubAuto Corsa – that will be most eager to perform against the established order once again. The Taiwanese squad has impressed since debuting at Bathurst but heads to Spa with only one-third of the driver crew that won in California. Nick Foster, who lies joint-second in the standings, is partnered by Super GT and Super Formula star Nick Cassidy plus Daniel Serra, who scooped his second Le Mans GTE class victory one month ago.

His co-drivers that day, James Calado and Alessandro Pier Guidi, form an all-Platinum partnership with Sam Bird in one of AF Corse’s two entries, the second of which features a Pro/Am line-up. Miguel Molina, who shared victory at Laguna Seca with Foster and HubAuto, also has a chance to consolidate his second place in the standings with SMP Racing.

BMW was there or thereabouts in the first two rounds without ever quite looking like a victory contender. That should change at Spa where the manufacturer boasts an unrivalled level of success. Indeed, its current M6 and previous Z4 models have won three of the last four events, including 12 months ago when current full-season entrants Walkenhorst Motorsport and Christian Krognes claimed an unexpected victory.

They’ll hope to make it back-to-back triumphs this weekend when the team adds a second BMW to its #IntGTC roster. Krognes is joined by full-season team-mates Mikkel Jensen and Nick Catsburg while recent VLN winner David Pittard leads the team’s Am Cup line-up.

Fifth in the standings and 38 points shy of top spot is not where Audi Sport expected to be at the start of the season. The reigning champions are therefore in search of some serious results if they’re to redress the balance at Spa. And there’s no doubt they have the line-ups to do just that. In fact, so impressive are all four crews that it’s tough to know where to begin.

WRT has also reformed its all-DTM partnership of Robin Frijns, Rene Rast and Nico Muller who share the same garage as Dries Vanthoor, Frank Stippler and Alex Riberas. Team Land, who finished on the overall podium in 2018 but weren’t one of Audi’s #IntGTC entries, complete Ingolstadt’s list of nominations.

Make no mistake: after coming so close in previous years, Bentley – forever synonymous with Le Mans – badly want to win another prestigious 24-hour race in this, their centenary year. Filling their #IntGTC quota for the first time and running a livery of glories past provides further proof of their intent this weekend.

Following a strong showing at Bathurst, M-Sport simply didn’t have the pace at Laguna Seca where both its Continentals toiled. But the team turned things around in time for the final Blancpain GT Series Endurance Cup round at Paul Ricard where Jules Gounon, Steven Kane and Jordan Pepper claimed the manufacturer’s first victory since 2017.

And it’s the same #107 crew that looks most likely to lead Bentley’s charge this weekend. Maxime Soulet and Andy Soucek, for so long the team’s go-to partnership, are split across two entries featuring Markus Palttala and Alex Buncombe, and Lucas Ordonez and Pipo Derani, while Rodrigo Baptista, Seb Morris and Callum Macleod earn their factory call-ups after impressing for Bentley’s customer teams.

Nissan’s only two entries this weekend come courtesy of its full-season #IntGTC squad, KCMG, who again field a pair of GT-R NISMO GT3s. A bit like Bentley, the team has been super quick this year – it set fastest lap at both Bathurst and Laguna Seca – without recording a standout result.

The Japanese manufacturer has just one win to its name at Spa, which came in both the pre-IntGTC and GT3 eras courtesy of a Skyline R32. However, that model – just like today’s race cars – also featured the GT-R moniker.

Another NISMO legend, Tsugio Matsuda, re-joins the #35 crew this weekend after Super GT commitments precluded his involvement at Laguna Seca.

Honda couldn’t have made a better start to its #IntGTC adventure at Laguna Seca where Mario Farnbacher sealed pole position on the manufacturer’s debut. But its first race was somewhat less impressive after problems curtailed the NSX’s involvement.

However, at least the JAS team that runs the car has experience of Spa where it oversaw Honda’s involvement 12 months ago. The factory-backed Team Motul entry, which features the same line-up as Laguna, is joined this weekend by that of Jenson Team Rocket RJN, one half of which previously oversaw Nissan’s GT3 programme. The other 50% concerns a certain Formula 1 World Champion, although his role is restricted to that of team owner rather than driver.