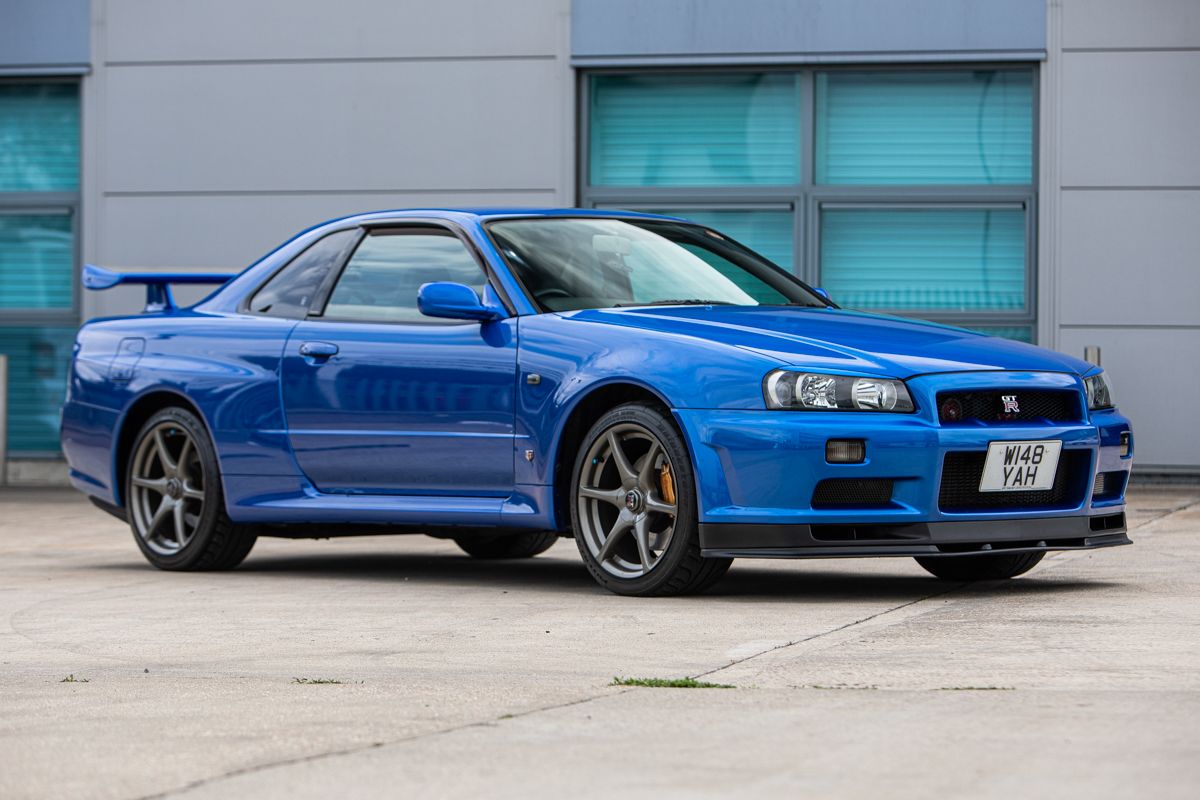 Gary Dunne, Classic Car Auctions auction manager commented: “Our vendor has the most amazing collection of some very well chosen cars and we are delighted to have been appointed to help sell these very high-performance Japanese cars.”

“The most astounding part to the collection is the two Mitsubishi Lancers, the Impreza P and the Skyline which have already attracted significant interest.”

Some Japanese performance cars have become total icons of the motoring world and none more so than the Mitsubishi Lancer thanks to World Rallying. In the hands of Tommi Makinen he took Mitsubishi to the World Drivers Championship not once but four times in succession and to celebrate this amazing achievement Mitsubishi celebrated by creating the EVO VI.

Coming from this collection is what many might consider being the most desirable. In the colours of the world rally team car, Passion Red with the white, silver and red stripes a 2000 model with 56,000 miles. Producing nearly 300bhp this is one awesome road car with a host of extras over and above the standard EVO VI edition. Estimated at £15,000 to £20,000 this will no doubt have enthusiasts excited.

The second Makinen Edition comes in white and also a 2000 model with 34,933 miles. Imported from Japan in 2018 with red and black Recaro seats and estimated at £12,000 to £15,000. Both these are cars are very attractively guided providing a very special opportunity to acquire a very special limited edition car.

It wasn’t just Mitsubishi that was successful in rallying, Subaru also were, with both Colin McRae and Richard Burns. Subarus in the Blue 555 colour scheme is probably the most iconic of all colour schemes, especially amongst British fans. There were a host of imported specials but the P1 was developed in the UK with Prodrive the team behind Subaru’s world rally championship success and officially type-approved for Europe. Just 1,000 of these cars were produced and all in Sonic Blue. CCA has a 2001 model, estimated at £16,000 to £20,000 with a fresh MOT, 44,238 miles, substantial history with a recent service within the last 500 miles.

The Nissan Skyline GT-Rs have always had a very strong following and this fabulous V-spec in Bayside Blue with 40,400 miles is in fantastic condition and already attracting interest. Estimated at £30,000 to £40,000 with a fresh MOT and service, this Victory spec car is defiantly going to turn heads.

Viewing takes place on Friday 2nd August from 10am to 6pm with the auction getting underway on Saturday the 3rd from 10.30am.