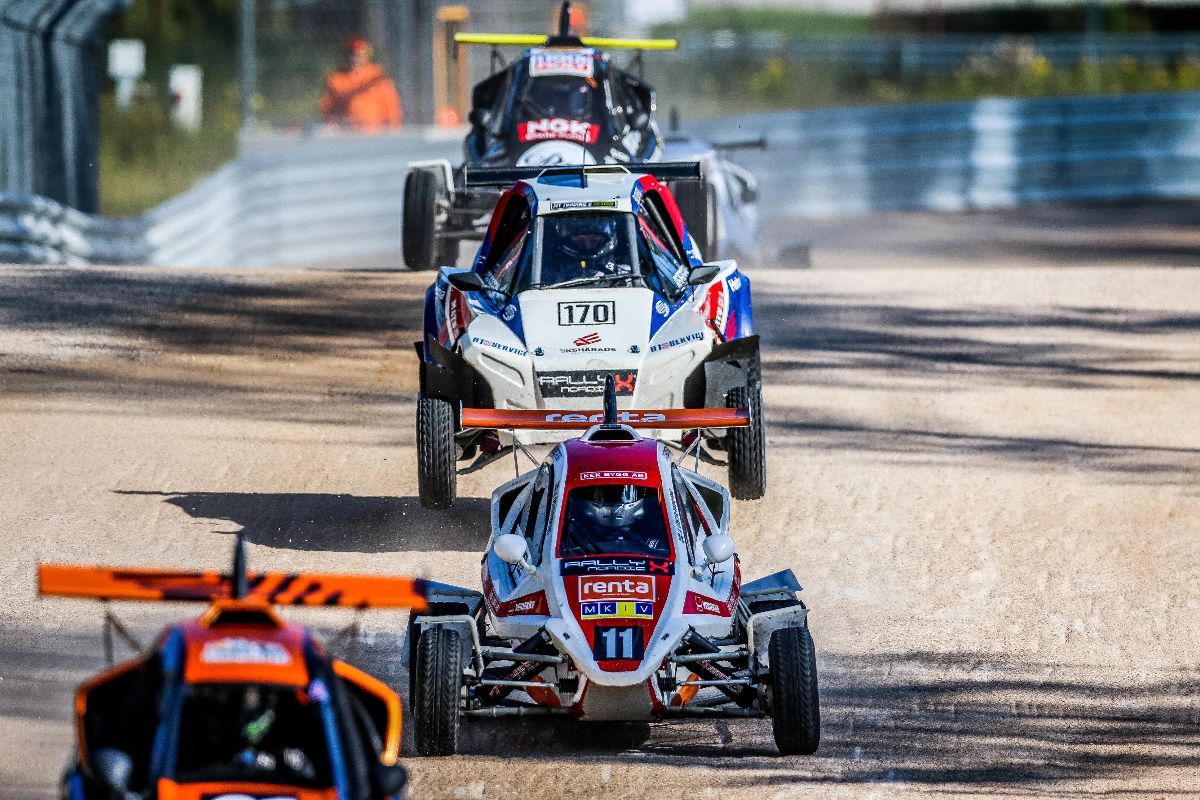 The dust has barely settled on a pulsating scrap in Riga three days ago, but RallyX Nordic presented by Cooper Tires competitors are already gearing up for this weekend’s fast-approaching Finnskogbanen showdown in Norway (27/28 July) – the latest instalment in a gripping championship battle.

Robin Larsson’s Latvian victory blew the Supercar class title race wide open, with only five points now blanketing the top three contenders in the chase for the coveted crown. Olsbergs MSE’s Oliver Eriksson still leads the way courtesy of his two early-season triumphs, but with a reduced margin of just three points over ultra-consistent ‘Flying Finn’ Jere Kalliokoski, the championship’s ‘quiet man’ continuing to go from strength-to-strength with every round.

And then, of course, there is Larsson, whose Latvian result finally confirmed the pace and potential the Swede has shown all season. The JC Raceteknik man is in a rich vein of form off the back of his Nordic and EuroRX successes, and another win this weekend could just catapult him to the top of the table.

“Riga was the first time in RallyX Nordic this year that things properly went our way,” reflected the former FIA World Rallycross Championship event winner, EuroRX Champion and current European Championship leader. “It proved what we are capable of, and now we need to carry that momentum forward to Norway. Finnskogbanen is a real old-school, classic rallycross track – all about speed, commitment and balls-out bravery – and I can’t wait to see how we shape up!”

In the second OMSE Honda Civic, Ulrik Linnemann has been repeatedly beset by ill-fortune in 2019 but when he has had a clean run, the Dane has proved to be almost a match for team-mate Eriksson, while Philip Gehrman is another who has snuck ‘under the radar’ but is a consistent threat for podium places.

Amongst the high-calibre, 13-strong Supercar field will be four locals, with Fredrik Magnussen, Stene Johansen, Mario Hansen and Svein Roger Andersen all eager to channel home advantage and put on a spectacular show for the partisan crowd.

On the subject of locals, they don’t get much more local than Supercar Lites title-chasers Ben-Philip Gundersen (Kjellmyra) and Thomas Holmen (Flisa), both of whom grew up barely a stone’s throw away from Finnskogbanen.

Gundersen arrives fresh off the back of victories in the most recent two rounds at Nysum and Biķernieki, and holding a 14-point advantage over countryman and JC Raceteknik stablemate Sondre Evjen in the drivers’ standings. Höljes winner Holmen is similarly in touch in fourth position, and he and Gundersen are sure to benefit from the lion’s share of support.

“Finnskogbanen is literally 20 minutes down the road from me, so I really will be competing ‘at home’ this weekend,” acknowledged Holmen. “We’ve been a bit out of luck since winning the first round of the season, but hopefully we can get back on-track and really give the local fans something to cheer about.

“There’s a lot of passion for rallycross in this part of the country and it’s a fantastic track both to drive and spectate at, so I’m looking forward to seeing a big crowd and I hope everybody is ready for some awesome racing!”

OMSE’s Linus Östlund is the sole non-Norwegian interloper in the top four – just a single point behind Evjen – and the Swede has enjoyed a strong campaign to-date, with three rostrum finishes from four starts. Lars Erik Haug and Hans-Ola Frøshaug complete the homegrown contingent.

The racing in the supporting CrossCar category has been action-packed since the beginning of the season, and heading to Finnskogbanen, it is a sextet of speedy Swedes at the top of the order – but Norwegian interest will be focussed firmly on the five homegrown drivers, who make up a third of the entry list.

Tony Sormbroen (Flisa), Terje Bredesen (Gjesåsen) and Nikolai Haldammen (Kongsvinger) are the most ‘local’ of the locals, and will be aiming to put their specialist knowledge to good use to shake up the Swedish hegemony in the fiercely competitive single-make series.