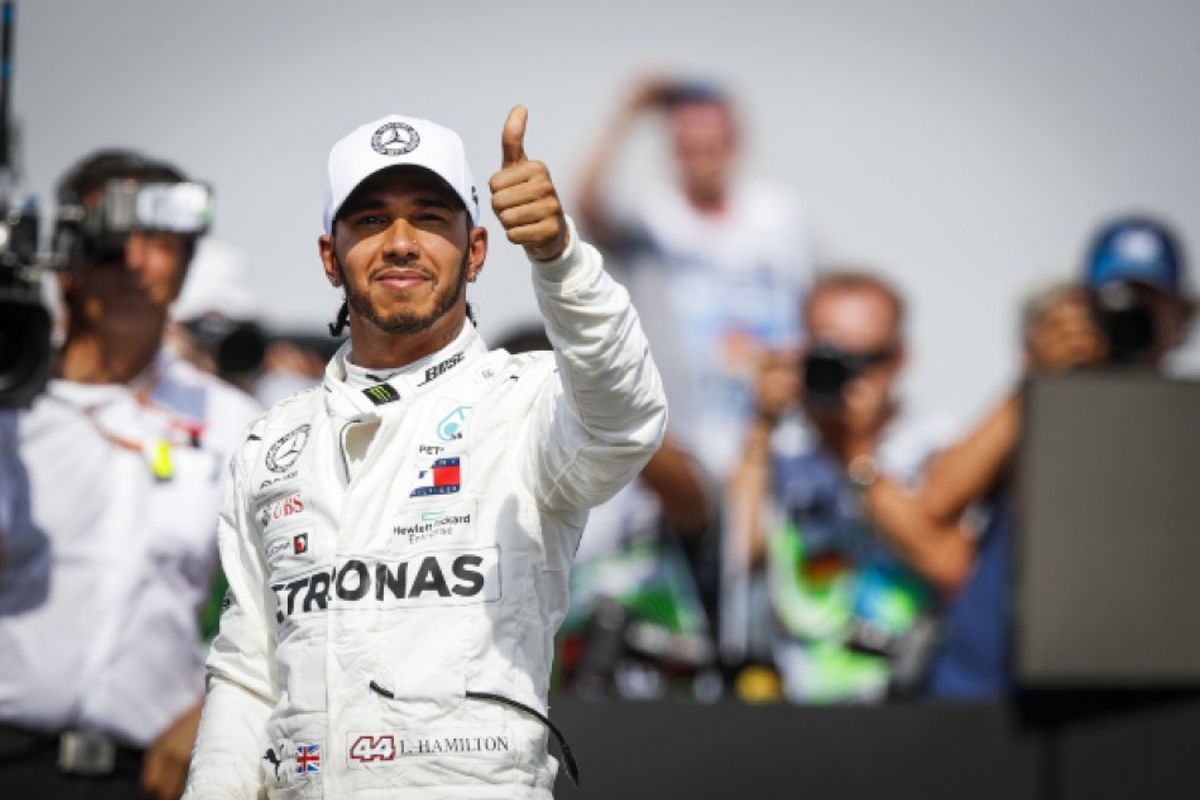 Lewis Hamilton will start Mercedes’ 200thgrand prix from the front of the grid after he beat Red Bull Racing’s Max Verstappen to pole position for the German Grand Prix. But there was disaster for Ferrari, with Sebastian Vettel exiting the session  in Q1 with a turbo issue and Charles Leclerc failing to set a time in Q3 after being sidelined by a fuel problem.

Vettel though didn’t make it to the end of that first run. The home favourite backed out of the attempt at the end of his warm-up lap and returned to the pits. Ferrari mechanics swarmed around the car and the engine covers came off, but it soon became apparent that there would be no easy solution. Vettel climbed out of the car and exited the session, a turbo problem at the root of the German’s failure to set a time.

At the end of the session Leclerc went through in P1 thanks to his time of 1:12.229. He was followed by Max and his single-run time of 1:12.593. Hamilton progressed in third place ahead of the second Red Bull of Pierre Gasly and Alfa Romeo’s Kimi Räikkönen.

With Vettel exiting the session with a mechanical problem, there were four spaces left in the drop zone and when the final lap times came through McLaren’s Lando Norris was the first to lose out. With Alfa’s Antonio Giovinazzi improving to P10, the McLaren driver slid to 16thout out of the session. Also eliminated were Toro Rosso’s Alex Albon in P17 and the Williams cars of George Russell and Robert Kubica.

In the second session there was more technical drama, though on this oocasion it was Verstappen who hit trouble. The Dutchman went out for his opening run on medium tyres, but like Vettel he abandoned the run at the end of his warm-up lap, complaining that he was suffering with power delivery problems.

Unlike Vettel, however, the Dutch driver’s return to the pits was not permanent. After a brief stay in the garage he was soon back on track, though with his chance to qualify on medium tyres gone, he emerged on soft tyres. His single run yielded a time of 1:12.428, which was good enough for fourth place, which became fifth when Bottas improved on his final run. Also making progress behind Max were Alfa Romeo’s Kimi Räikkönen, McLaren’s Carlos Sainz, Renault’s Nico Hulkenberg, Haas’ Romain Grosjean and Racing Point’s Sergio Pérez. Out went the second Alfa of Giovinazzi, Haas’ Kevin Magnussen, Renault’s Daniel Ricciardo, Toro Rosso’s Daniil Kvyat, and Racing Point’s Lance Stroll. At the top of the order Hamilton went through in P1 ahewad of Lecler and Red Bull’s Pierre Gasly.

Ferrari’s woes doubled in Q3. As Hamilton took provisional pole with a time of 1:11.767 and as Verstappen slotted into P2 with a first-run time of 1:12.113, Leclerc was stuck in the Ferrari garage, a fuel problem eventualloy causing his retirement from the session.

There were no improvements from the top drivers on their final runs and thus, Hamiltron claimed his 87thcareer pole position ahead of Verstappen. Bottas will line up at the front of row two, ahead of Gasly.

Behind them Kimi Räikkönen finished fifth ahead of Romain Grosjean and Carlos Sainz. Sergio Perez will start ahead of Nico Hulkenberg and the unfortunate Charles Leclerc will start from P10.