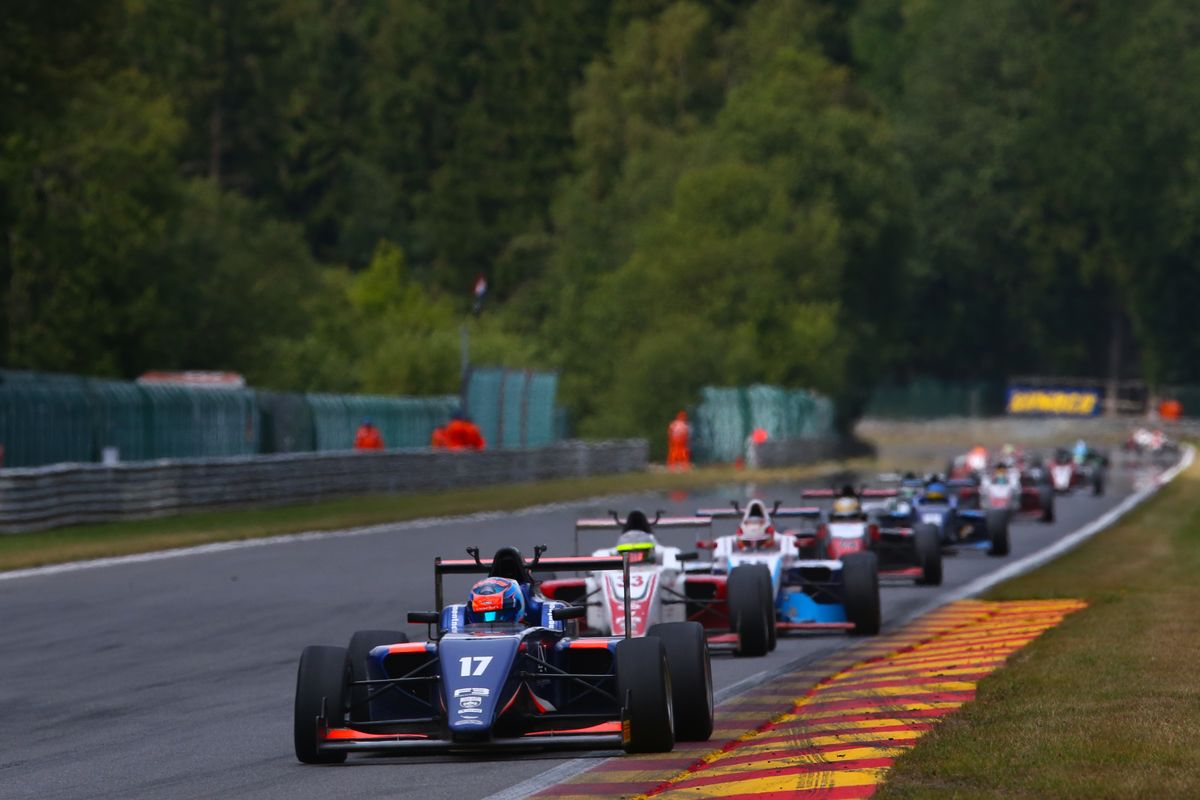 The BRDC British F3 Championship heads to Brands Hatch this weekend (3-4 August), with an intensifying three-way battle at the top of this year’s title race.

Carlin’s championship leader Clement Novalak still holds an advantage at the top as he has done all season, but Fortec's Johnathan Hoggard and Chris Dittmann Racing’s Ayrton Simmons continue to lead the opposition.

It was Simmons who well and truly delivered last time out at Spa, as the 18-year-old scored a double pole, a second place in race one and his second victory of the year in race three. Novalak meanwhile claimed a solid set of results to maintain his title advantage, while returning to the podium with his first top three result in eight races. But such has been Novalak’s consistency, that the Swiss-British driver has maintained a strong advantage in the championship standings, which currently stands at 55 points over Hoggard.

Simmons has the momentum following on from Spa, but Hoggard should not be discounted either, especially after taking a double victory at Donington Park in June. Simmons and Hoggard have raced on the full GP circuit before, though in British F4, so could the championship challengers use that experience to their advantage over Novalak this weekend?

While the top three have built a gap to the rest of the field, the next three have all shown podium potential, and will be itching for their first wins of the year this weekend. Fortec’s Manuel Maldonado has claimed two podiums in the last five races and is always a contender. Douglas Motorsport’s Kiern Jewiss is another local man looking to impress and a strong weekend at Spa, where he claimed his third podium of the year, moved him up to fifth in the championship standings. Double R’s Neil Verhagen is clawing ever closer to his first win too, on a circuit he can also count as his ‘home’ round, with the American driver being a London resident.

Douglas Motorsport’s Belgian charge Ulysse De Pauw is only 14 points further back, and a solitary point clear of Carlin’s Kaylen Frederick, who returned to the top step of the podium in race one at Spa, only to then endure a difficult pair of contests afterwards. American Frederick is four points ahead of Double R’s Hampus Ericsson, another race winner this year, with Douglas Motorsport’s Benjamin Pedersen, a victor at Silverstone, completes the top 10.

A total of 17 drivers are confirmed on the entry list for this weekend’s races.

The sixth British F3 weekend of the season commences with four testing sessions on the Indy circuit on Friday, before attention turns to the full Grand Prix circuit on Saturday with practice from 09.00 and qualifying at 12.20 before the first race at 15.25. The two contests on Sunday at 10.55 and 15.45 will be streamed live on the British F3 website.