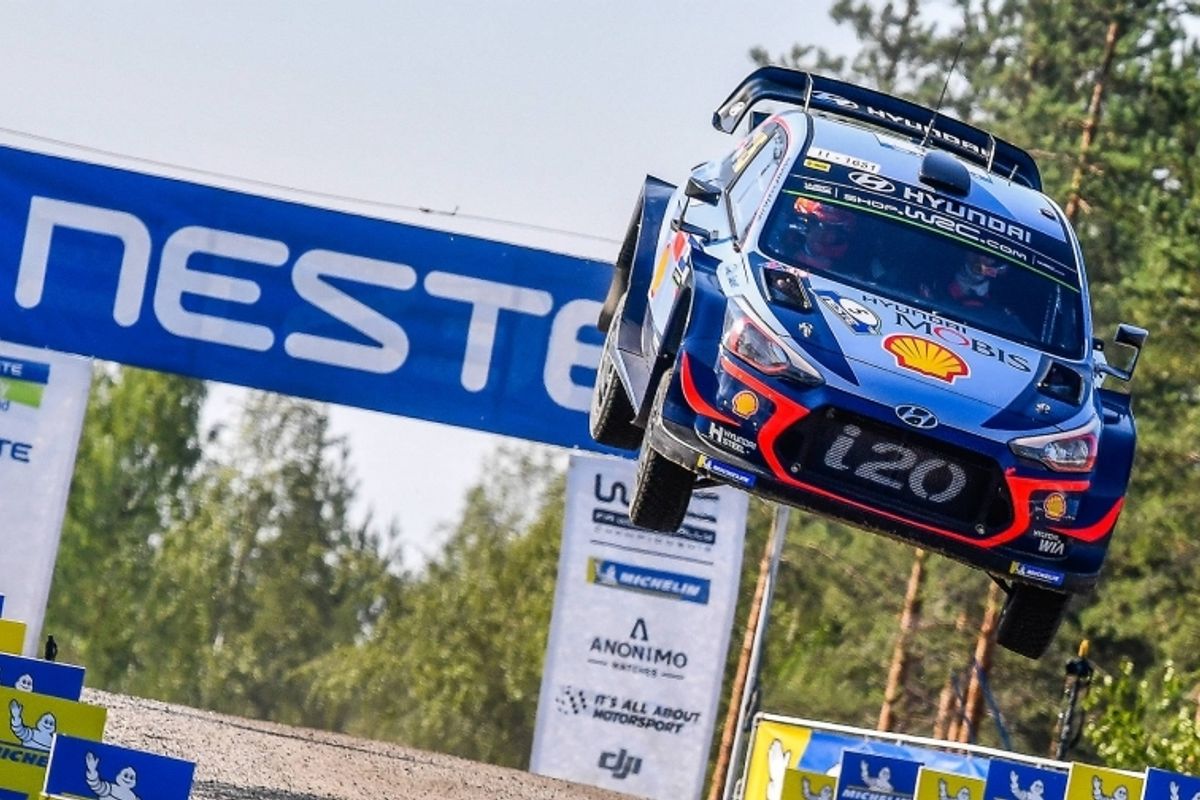 The closest FIA World Rally Championship title fight for years resumes on Finland’s iconic roller-coaster roads this weekend with little more than a handful of points blanketing the leading trio of drivers.

Ott Tänak, six-time champion Sébastien Ogier and Thierry Neuville, whose electrifying battle for last year’s crown went down to the final morning of the concluding round, are staging a reprise that could yet exceed 2018 for excitement.

Finland is the fastest event on the calendar and a jewel in the WRC’s crown. Smooth gravel roads that wind around forests and lakes near Jyväskylä, huge jumps and blind corners over crests demand bravery and pin-point accuracy in the delivery of pace notes.

Tänak is eager to put the crushing disappointment of last month’s Rally Italia Sardegna behind him, when broken steering on his Toyota Yaris deprived him of a third straight win in the closing kilometres.

He warmed up with victory on the non-championship Rally Estonia and is hot favourite to defend his 2018 win on roads in his Toyota Gazoo Racing team’s back yard.

“We will try to achieve the same result this year, but it looks as though it will be more difficult as we will be running first on the road on Friday,” said the 31-year-old Estonian.

“Three weeks ago we took part in Rally Estonia and it was great to win the rally again in front of so many fans, but it was also a really good test for Finland. I believe we learned a lot, so I’m feeling well prepared.”

Ogier’s Citroën C3 boasts a front-axle upgrade, which increases set-up options while Neuville took on a new role in the break after becoming a father for the first time to daughter Camille.

The Belgian has been supported by a rotating cast of drivers this season and Irishman Craig Breen is the latest to join the list in a Hyundai i20. At M-Sport Ford, Gus Greensmith makes his second top-flight appearance in a Fiesta in place of Elfyn Evans, who is sidelined with a back injury.

Hayden Paddon, overlooked by Hyundai despite finishing fourth last year, landed a one-off Fiesta drive, only for his plans to go awry when he crashed heavily in testing on Monday and he will not start.

The rally opens with a spectacular street stage in Jyväskylä on Thursday night and drivers face 23 tests covering 307.58km before Sunday afternoon’s finish.