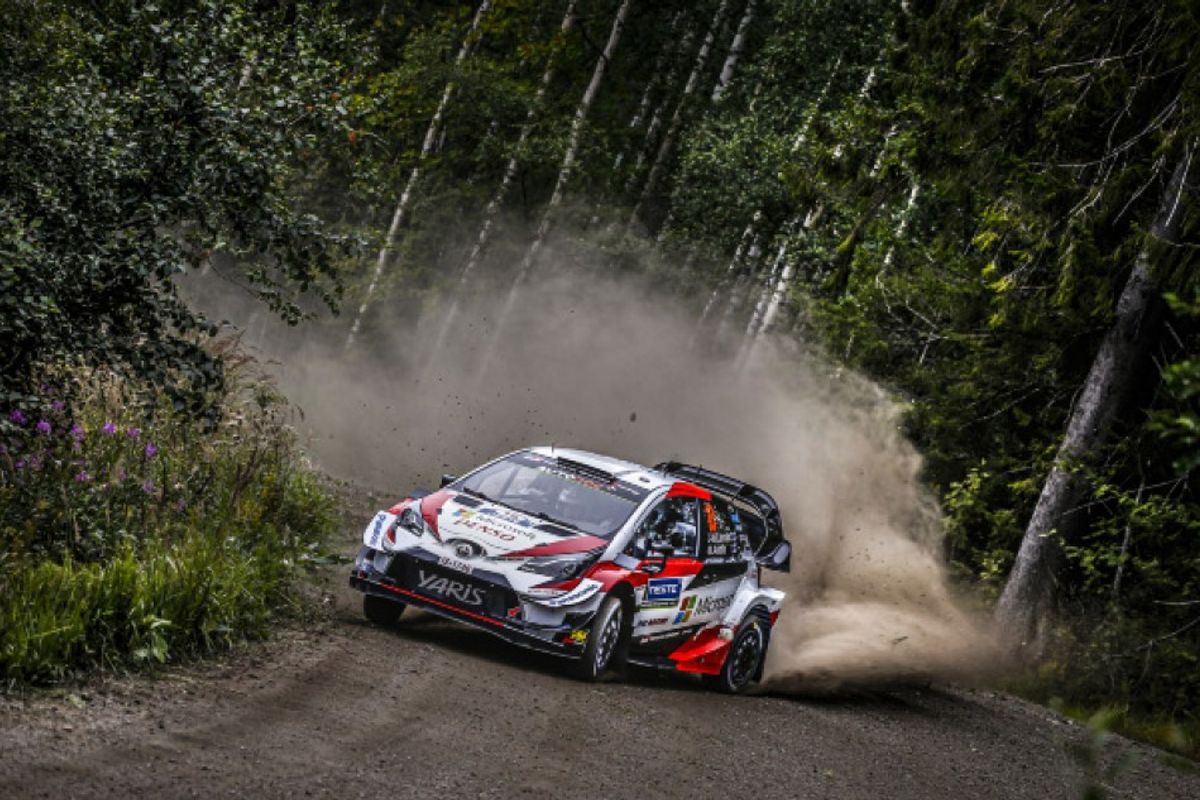 Meeke, Lappi and Tanak close behind as Ogier and Neuville stay in hunt.

Home hero Latvala won six of the day's 10 speed tests in forests around Jyväskylä, but such was the speed of Finland’s fast and furious Friday that the Toyota Yaris driver never broke free of the chasing pack.

Despite starting first on the slippery gravel tracks, Tänak overcame a lack of grip to lead throughout the morning, although the Estonian's advantage never rose above 5.4sec. His cause was aided by left-sided punctures for both Latvala and Meeke.

As the tracks became rutted and even more challenging this afternoon, Tänak yielded his advantage to Latvala, who had the best start position of the quartet. The battle was so close that at one point Latvala led by just six-tenths, with the three chasers tied in second!

The omens are good for Latvala. In 15 out of the last 16 years, Friday night's leader has gone on to win.

"There were couple of stages where I was a little bit down but generally I was able to keep the performance. When you are fighting all the time you have big pressure, and being able to keep fighting is the main thing. Tomorrow will be a big battle," he said.

Best of the rest was Craig Breen, the Irishman hugely impressive on his first appearance in a Hyundai i20 in the WRC. He delivered a string of second fastest times, but lost valuable seconds this afternoon when his car's bonnet came loose and obscured his visibility.

He ended 14.2sec from the lead and 0.4sec ahead of team-mate Andreas Mikkelsen, who also won a stage. Championship leader Sébastien Ogier was seventh in a C3, the Frenchman only 0.7sec adrift but admitting he could not match the pace of title rival Tänak.

Thierry Neuville, the third of the title tussling trio, was eighth. The Belgian's pre-event test was held in the rain and his original rally set-up proved too soft. He made changes at mid-leg service but ended more than half a minute off the lead.

Saturday comprises almost 133km of relentless action, spanning more than 14 hours on roads around Jämsa. A loop of four tests is driven morning and afternoon, featuring some of the fastest and most spectacular action of the rally.