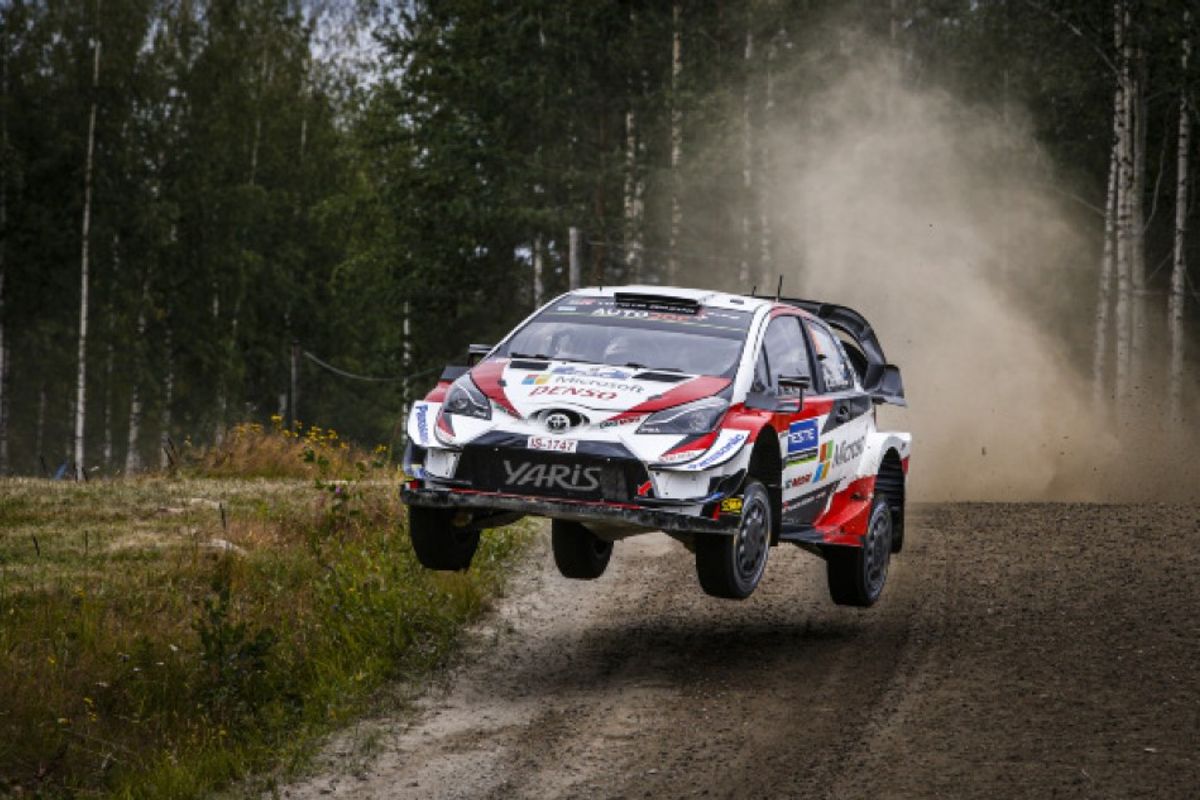 The series leader completed the penultimate leg of the four-day event with a 16.4sec advantage in his Toyota Yaris over Esapekka Lappi. Tänak’s team-mate, Jari-Matti Latvala, trailed the Citroën C3 driver by 12.4sec in third.

Finland’s fast and furious Friday turned into a super speed Saturday as just six-tenths of a second blanketed leader Latvala, Tänak and the third Yaris of Kris Meeke this morning as Toyota Gazoo Racing controlled this ninth round of the season.

It all went wrong in the blisteringly fast Kakaristo special stage where Latvala punctured his rear left tyre and Meeke retired with broken rear left suspension after both struck the same rock shortly before the midpoint.

“It happened on a small road at a right corner,” said Latvala. “There was concrete there last year so I had my note.

“They had removed the concrete so I made my note a bit faster and that was my mistake. I went a little bit into the ditch but there was a stone the size of a head there.”

Finn Latvala, who had lost and then regained his overnight lead from Tänak over the previous two tests, dropped more than 14sec. The Estonian’s advantage was sufficient to be able to moderate his pace over the afternoon’s heavily rutted sections.

“It’s been a good clean day for us. It started with quite a big push but this afternoon has been a clean run. It’s nice to have some breathing space. Yesterday and this morning the time gaps were all 0.something,” said Tänak, who won three stages.

Lappi, who appeared to be dropping away from the lead fight this morning, upped his speed this afternoon. He won two tests to overhaul Latvala for second, his rival aware he could not afford further mistakes in Toyota’s quest for the manufacturers’ title.

While one battle ended, the fight for fourth intensified. Andreas Mikkelsen, Hyundai i20 team-mate Craig Breen and champion Sébastien Ogier, who had been up all night with sickness, swapped places on virtually every stage.

Each enjoyed a spell at the head of the trio but as the rally returned to Jyväskylä after almost 133km of relentless action, Mikkelsen headed Ogier by 2.6sec, with Breen 6.0sec back.

Two runs of Laukaa (11.75km) and the big jumps of Ruuhimäki (11.12km) decide the rally on Sunday over 45.74km. The second pass of Ruuhimäki forms the Wolf Power Stage, with bonus points for the fastest five drivers.