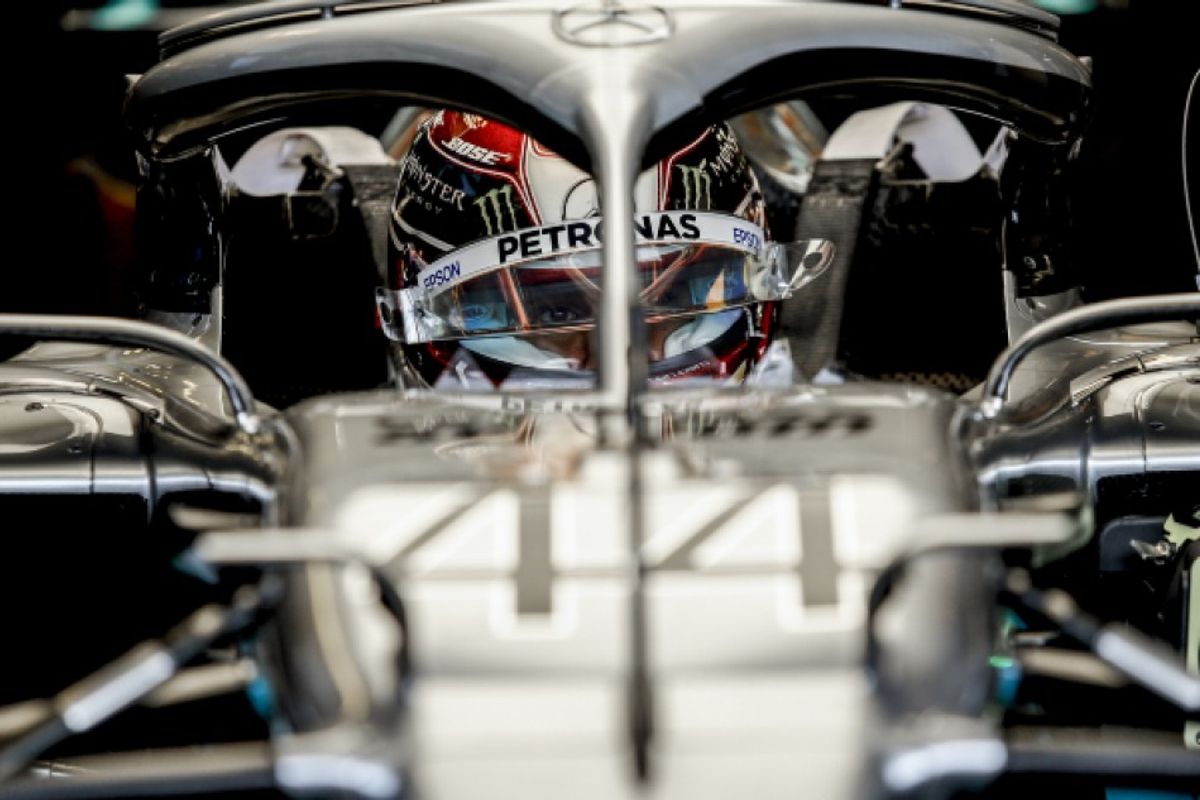 Lewis Hamilton took his seventh Hungarian Grand Prix victory at the Hungaroring, edging a nail-biting strategic battle with Red Bull Racing’s Max Verstappen that saw the Mercedes driver make up a 19-second gap to the Dutchman and claim the lead four laps from home after gambling on a second pit stop.

Starting from pole, Verstappen led for 59 of the 70 laps, only ceding top spot to Hamilton during the first round of pit stops. However, on lap 48, Mercedes opted to pit Hamilton for a second time and fitted his Mercedes with new medium compound tyres.

Verstappen though stayed on track, on the hard tyres fitted during his sole stop on lap 25. Hamilton rejoined 19s behind the Red Bull but as Verstappen’s tyres faded Hamilton closed. And on lap 67 Hamilton powered past the Red Bull driver to claim his 81stcareer win.

At the start, Verstappen held his pole position advantage, getting away well to brush off pressure from both Mercedes drivers on the long run to Turn 1. Second-on-the grid Valtteri Bottas, though, had the poorest getaway of the three and in Turn 3 Hamilton muscled past his team-mate to claim P2.

As Bottas struggled to recover he was passed by Ferrari’s Charles Leclerc, with brief contact being made, and then, at the start of lap two, by the second Ferrari of Sebastian Vettel.

Having suffered front wing damage in his battle with Leclerc, Bottas pitted for a new wing and hard tyres, a move that dropped him to the back of the field.

Verstappen began to build a slender lead over Hamilton and by lap 10 the Dutchman had 2.3s in hand over the Briton. By lap 13, the top four of Verstappen, Hamilton, Leclerc and Vettel were well clear of the chasing pack, with fifth placed Sainz 18 seconds behind Vettel and holding up a train that included team-mate Lando Norris in P6, Alfa Romeo’s Kimi Räikkönen and the second Red Bull of Pierre Gasly.

Verstappen made his first pit stop on lap 25 and with hard tyres onboard for the final stint, he rejoined in P2 behind Hamilton, and with the Briton reporting that his tyres were in good shape, Mercedes elected to leave the championship leader on track.

When Hamilton eventually pitted on lap 31, a four-second stop by Mercedes saw the Briton emerge over six seconds behind Verstappen, who once more took the lead.

The gap wouldn’t last, however. Armed with fresh hard tyres, Hamilton reduced the gap and on lap 39 Hamilton attacked. He went around the outside of the Dutchman into Turn 1 and though Verstappen defended well the Mercedes driver was able to pull alongside on the run to Turn 2. Verstappen held his line though and as they entered Turn 4, Hamilton was forced wide into the run-off area. He retreated to regroup and to plot another assault.

Behind them Leclerc still held third place ahead of Vettel, who made a late stop on lap 39 for soft tyres. Sainz was now fifth, while Gasly had jumped Räikkönen and Norris (who had a pit stop issue) and was back up to his starting position of sixth.

On lap 48 Mercedes gambled and Hamilton pitted for a set of medium tyres. The move left him 19s behind Verstappen and the race now came down to whether the Mercedes could close the gap over remaining laps.

With five laps to go Verstappen’s hard tyres were finished and as the pair crossed the line Hamilton edged into DRS range. It was only a matter of time and under DRS at the start of lap 67 the Mercedes driver powered past the Red Bull to claim the lead.

Verstappen immediately pitted for soft tyres and soon after posted the fastest lap of the race and he crossed the line in P2 17.7s behind Hamilton and almost 44s ahead of Vettel.

Fourth place went to the second Ferrari of Charles Leclerc, while Carlos Sainz took a well-worked fifth place for McLaren. Pierre having recovered from his start, settled into sixth in his final stint and earned a solid eight points for the Team. Räikkönen was seventh for Alfa Romeo ahead of Bottas and the final two points places were taken by Lando Norris in the second McLaren and Toro Rosso’s Alex Albon.