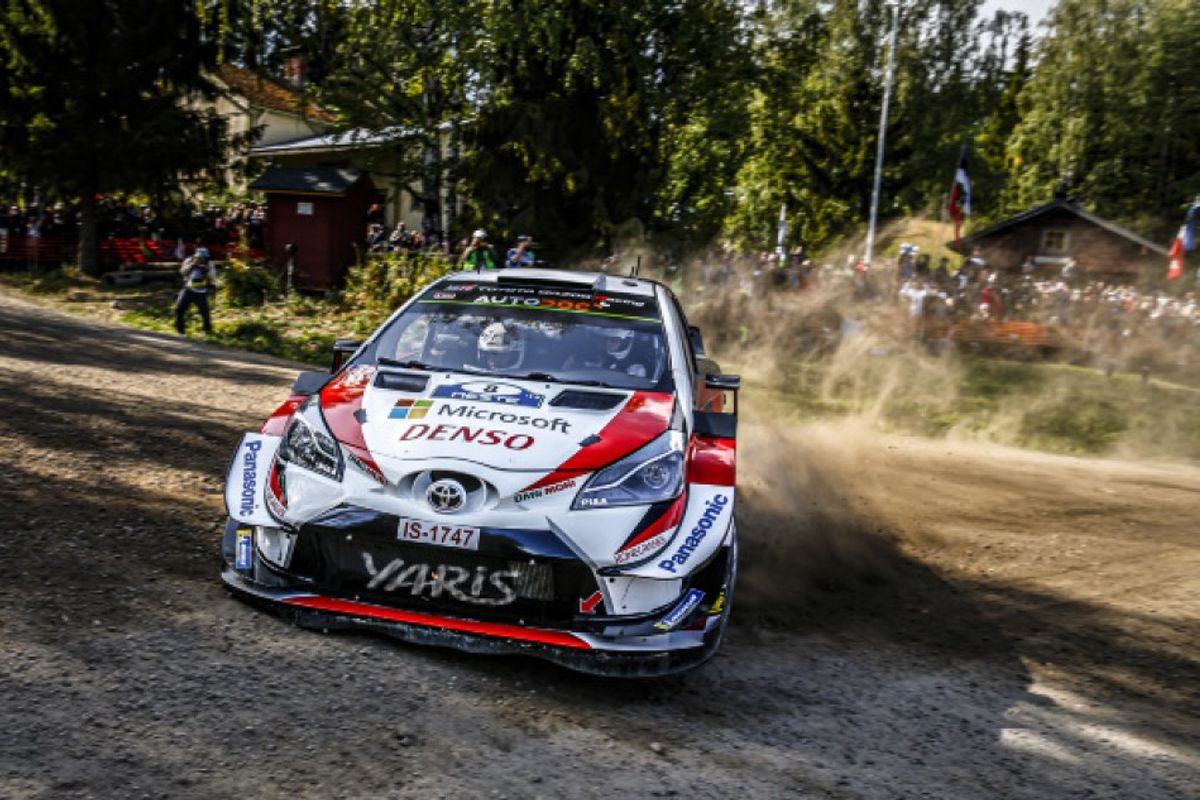 Back-to-back victories on Sunday create gap at the head of the championship.

Toyota driver Ott Tänak, co-driven by Martin Järveoja, has won Rally Finland for the second consecutive year, extending his lead in the drivers’ championship to 22 points over Sébastien Ogier. In total, the Estonian won six of the 23 stages, including the Power Stage, to claim the victory with a 25.6 second margin over Citroën’s Esapekka Lappi.

Tänak hit the front on Saturday, with Lappi also moving into the runner-up spot. The Finn was challenged by his compatriot and former rally leader Jari-Matti Latvala, whose Toyota topped the time sheets on Friday night and briefly on Saturday morning, before suffering a left-rear puncture - his second in two days - on the Kakaristo stage.

Lappi was able to take a morale-boosting second place, his first podium after Sweden. Latvala finished 7.6 seconds behind after an up and down weekend, having won eight stages - more than anyone else on the rally - and claiming his first podium since Australia last year.

In fourth, Andreas Mikkelsen was the top finisher for Hyundai, which continues to lead the manufacturers’ championship ahead of Toyota. Although Mikkelsen was satisfied with the development on the i20 Coupé WRC, the team maintains its unwanted record of never finishing on the podium in Finland.

The Norwegian came out on top in after a close battle with six-time champion Ogier, who was unwell throughout Saturday. The Frenchman closed to within one second of the Norwegian on Sunday, but Mikkelsen responded with the fastest time on the penultimate stage (Laukaa 2) to head Ogier by 2.7s.

Championship contender Thierry Neuville inherited sixth place after team mate Craig Breen moved aside for him on Sunday morning. Neuville struggled with pace from the start, but managed to gradually improv his car’s set-up throughout the rally.

For Breen, it was a dream debut for his first WRC attendance of 2019. The Irishman set a couple of second-fastest stage times on the opening day and spent most of the rally locked in a tight battle with Mikkelsen, Ogier and Neuville, before he was asked to check in early in SS22 to Neuville’s benefit.

Behind him, M-Sport Ford driver Teemu Suninen finished with a disappointing eighth place on his home  event.