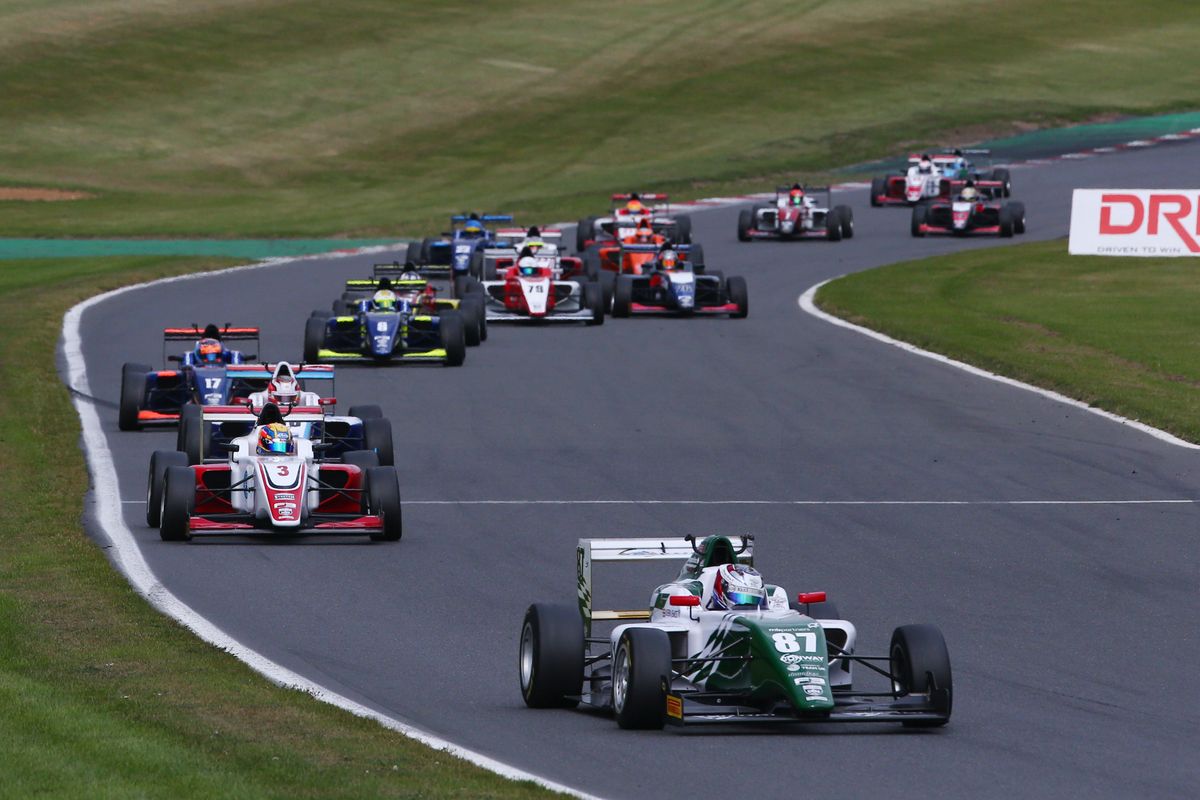 Azman held off a race long challenge from teammate Ayrton Simmons in race two of the weekend this morning, while Jewiss held off a constant challenge from Johnathan Hoggard in race three this afternoon, with close finishes in both encounters.

Race two
Azman took advantage of a first lap collision between front row starters Kris Wright and Pavan Ravishankar to claim victory in the reverse grid encounter. Azman started third and just avoided the drama in front of him, and then had to keep his determined teammate behind him to take his first win.

Simmons in second finished just 0.334 seconds behind, and helped to secure Chris Dittmann Racing a 1-2 finish, the first time a team has managed that feat this season. Josh Mason claimed third for Lanan Racing with Neil Verhagen fourth for Double R Racing.

Azman commented: "The last lap was really, really scary! I thought the race ended on the second last lap and then I saw there was one lap to go and I was so scared! But I just kept on pushing and kept my cool, and in the end, here we are on the top step.

"It was quite intense, I got really lucky at the first corner and I was so close to making contact but I managed to avoid the pile-up, so all was OK in the end, so I'm quite happy!"

Race three
Jewiss made a great start from second on the grid, to pass pole sitter Hoggard around the outside on the approach to Paddock Hill Bend on the first lap. Jewiss then had to keep his cool as Hoggard refused to let him go, with the pair rarely separated by more than four tenths of a second.

Hoggard feigned moves on a couple of occasions, but there was no way past as Jewiss became the 11th different winner this year, with Hoggard finishing just 0.292 seconds behind, with De Pauw completing the podium.

Championship leader Clement Novalak was fourth, and is now just 40 points ahead of Hoggard in the championship, having been 55 points ahead entering the weekend. Kaylen Frederick (Carlin) and Simmons completed the race three top six.

Jewiss said: "It's about time, a long time coming, but what a way to go out in style at my home race with all the guys from FM Conway, my family and friends, it's been great. Big thanks to them and Douglas Motorsport who have done a great job this weekend. I was hanging on out there a lot but we won the race so it doesn't matter."