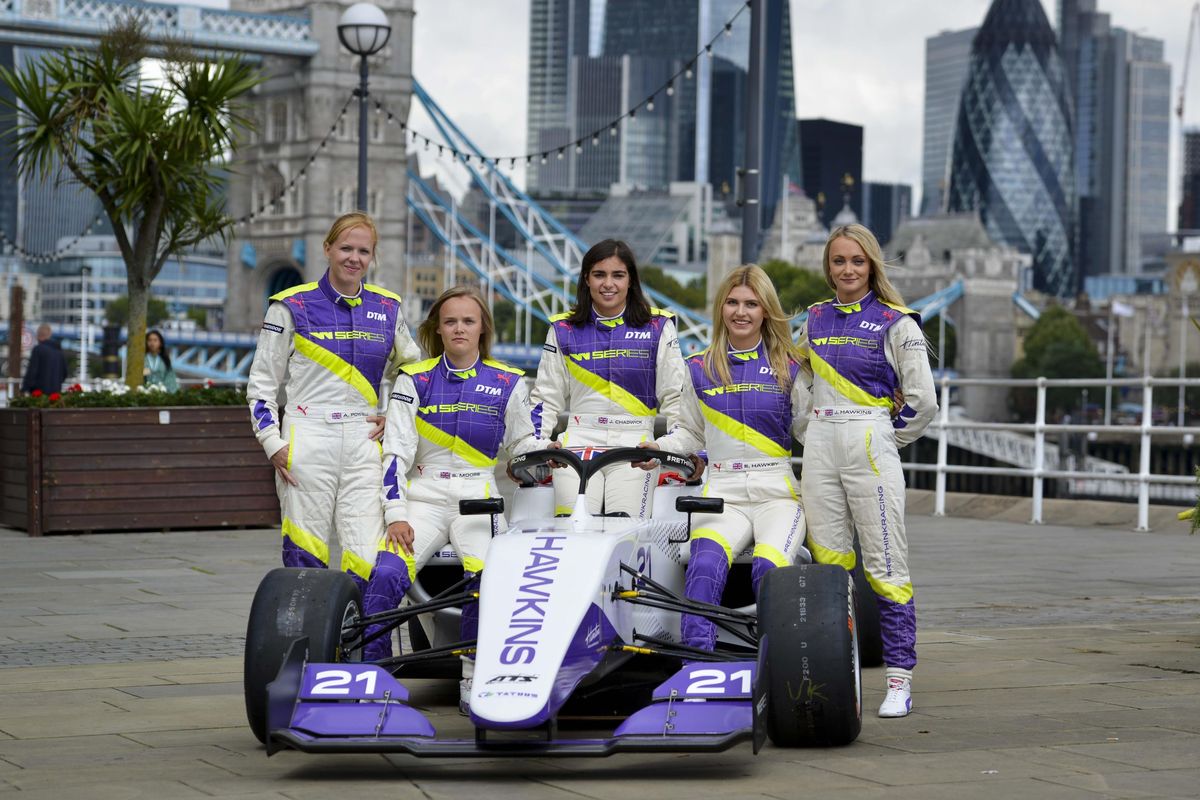 W Series, the new international single-seater championship for female drivers only, comes to Brands Hatch this weekend for the season finale of its inaugural championship.

Battling it out on the track, on August 11, will be five British drivers, Esmee Hawkey, Sarah Moore, Jessica Hawkins, Alice Powell and championship leader, Jamie Chadwick. Each will be racing to claim their share of the US$1.5 million prize fund, which includes US$500,000 for the winner.

Brands Hatch is the only event in the international W Series calendar to be held in the UK, so the drivers decided to bring the excitement of the race to Londoners, with a surprise visit to Tower Bridge.

Catherine Bond Muir, W Series CEO, said: “We’re incredibly excited to be able to bring W Series to the UK for the season finale – and what better way to celebrate than a team visit to one of London’s most iconic locations.”

“For everyone who wants to see what really happens when 20 of the world’s fastest female drivers compete for career-changing prize money, the lights go green at Brands Hatch on Sunday,” she added.

Celebrating its relationship with Londoners, W Series is also funding a trip to Brands Hatch for up to 100 girls and young women in association with the charity, London Youth. Aged between 13 and 19, from youth clubs across London, they will be given the chance to watch the race from one of the Brands Hatch grandstands, meet drivers and team members as well, as enjoy a special W Series end-of-season carnival.

Since motorsport remains one of the last sports heavily dominated by men, not only behind the wheel but in the pit-lane, garage, workshop and laboratory, W Series aims not only to promote female drivers but also to encourage girls and women into engineering and science careers and to promote STEM (science, technology, engineering and mathematics) subjects in schools, colleges and universities.