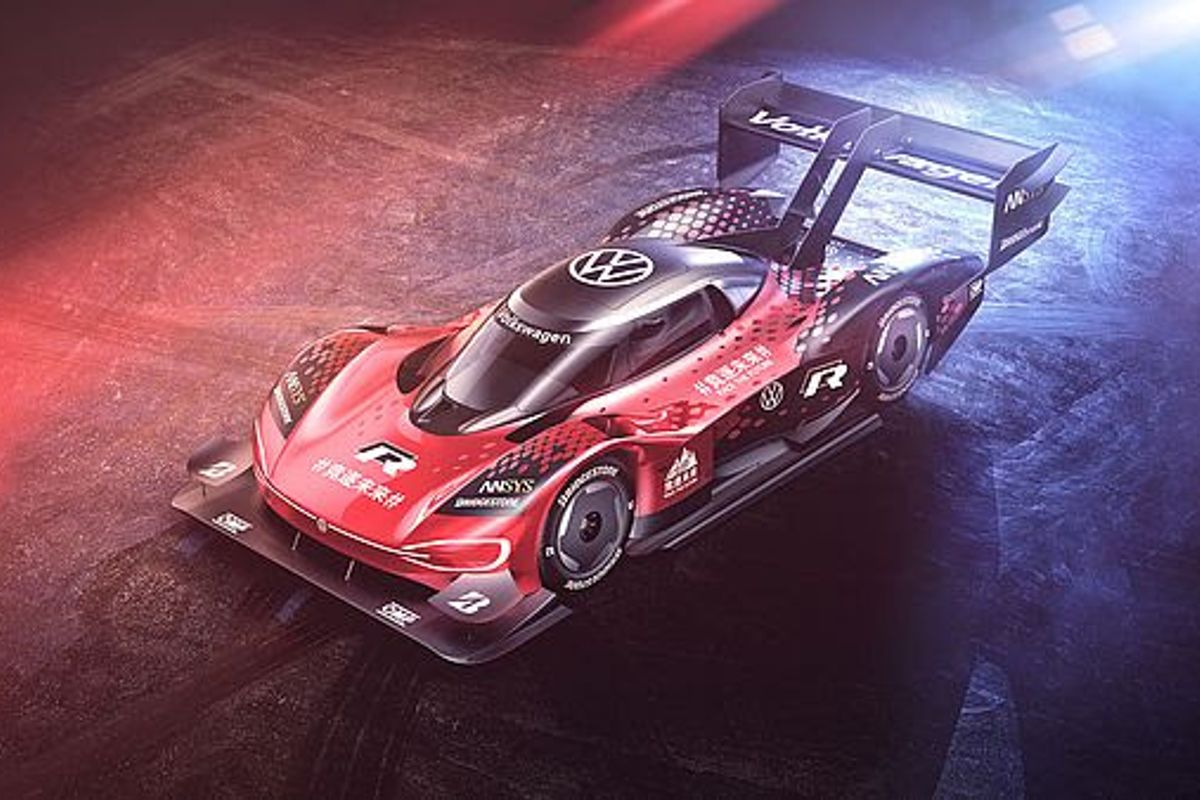 With a special colour scheme – the ID.R electric prototype embodies the “Race the Future” motto of Volkswagen in China

Fifth record attempt takes the ID.R to the “Middle Kingdom”
It was already eye-catching enough. Now, a powerful shade of red is taking e-mobility to the top from a visual perspective too – the Volkswagen ID.R will sport a special livery for its record attempt on Tianmen Mountain in China.

The red stands for the fully-electric, 500-kW (680-PS) prototype’s fifth record attempt, this time in China, and with it the next milestone in this project. The Volkswagen brand is also pursuing a broad electromobility offensive in the important Chinese market. As the racing precursor to the ID. family, which is due for launch in the “Land of the Dragon” in 2020, the ID.R will attempt to set a record for the ascent of Tianmen Shan Big Gate Road, which features no fewer than 99 tight hairpins.

The ten-kilometre road to “Heaven’s Gate”, with its hairpin bends and short sprints, is regarded as one of the most demanding mountain roads in the world. It is situated in a breath-taking landscape, which attracts millions of tourists every year. This challenge reflects the widely visible logo of the now red ID.R. The stylised silhouette of Tianmen Mountain and its 99 hairpins is backed up by the motto “Race the Future”.

“The pioneering ID.R is the ambassador for our fully-electric ID. family, which will be launched in China from 2020,” said Dr. Stephan Wöllenstein, Member of the Board of Management of the Volkswagen Passenger Cars brand and CEO Volkswagen China. “I think we have come up with a spectacular livery for the ID.R for its ‘China Challenge’ in September. The ID.R’s records have allowed us at Volkswagen to demonstrate our passion for e-mobility and its potential in a diverse range of conditions. The ID.R is the first member of the ID. family to take to the roads of China.”

Light-grey, blue, red – a colour for each of the ID.R’s milestones
The Volkswagen ID.R has already made motorsport and e-mobility history. In June 2018, it set a new all-time record on Pikes Peak in Colorado/USA, which still stands today. In doing so, it smashed the previous mythical record at the legendary “Race to the Clouds”, which was set by a prototype with a conventional combustion engine, by a full 16 seconds. A few weeks later, the ID.R set a new e-record at the Goodwood Festival of Speed. The colour chosen for these first, globally-acclaimed records was light-grey – a nod to the colour scheme of the ID. family.

Roughly eleven months later, the ID.R broke the lap record for electric cars on the infamous Nürburgring-Nordschleife by about 40 seconds – another notable success, again making motor racing history. The car was back doing what it does best – breaking records – just a few weeks later. This time, it set a new all-time record at the Goodwood Festival of Speed, where it smashed the 20-year record held previously by a Formula 1 car. The striking colour for these record-breaking runs: blue, this time in reference to the brand’s electric cars and the partner, Volkswagen R GmbH.

On Tianmen Mountain, Volkswagen and the ID.R are playing a pioneering role in their attempt to establish a record time for the mythical 99 hairpins that lead to “Heaven’s Gate” – with a bright red livery. “We hope that the ‘ID.R China Challenge’ will make Tianmen the place to develop electric cars, in order to achieve new dimensions,” said Dr. Stephan Wöllenstein.