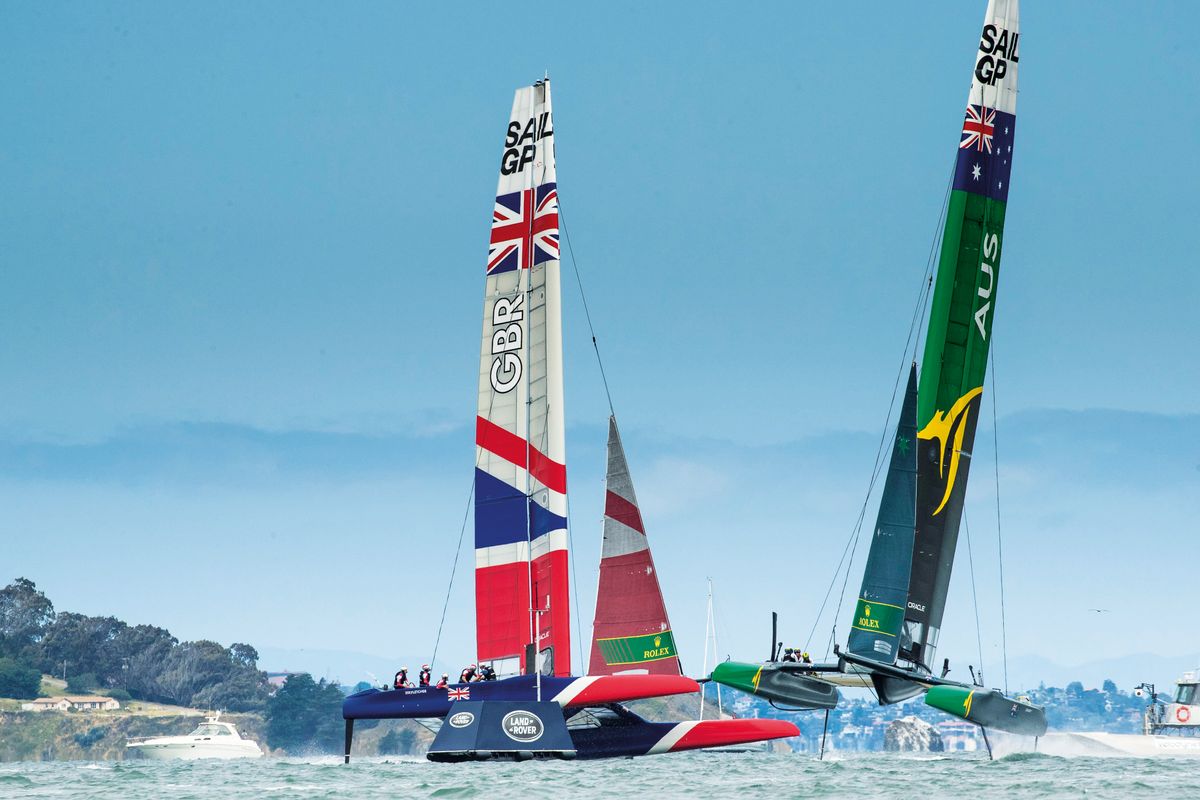 Cowes is notorious for throwing any number of conditions at racers on surrounding waters, including gale-force winds and challenging sea state, much like yesterday’s forecast in the Solent.

With racing called off Saturday to ensure the safety of athletes, staff, guests and spectators, SailGP is now fully focused on delivering a fantastic race day on Sunday. The forecast is significantly better, with steady wind ranging from 19 to 24 knots.

Dylan Fletcher (GBR), Tom Slingsby (AUS) and Nathan Outteridge (JPN) have already enjoyed perfect conditions for record setting in Cowes. All three helmsmen historically broke sailing’s elusive 50-knot barrier this week in training, and will be looking to do it again on the racecourse on Sunday.

"We haven't started racing at these speeds yet, but it's coming," said Outteridge. "It wasn't that we were doing anything fantastic, it's just that the boats are so fast. It was a 21-knot average windspeed yesterday, and every time we were bearing away at the top mark, we would see our speed blip 48, 49. If you had the nerve to keep pushing, you'd get over 50."

Fletcher has already shown he can beat the Japan SailGP Team, currently atop the leaderboard, on his home waters. He was the first to hit 50 knots and won both of Thursday's practice races in front of a royal crowd following The King's Cup racing. He's gearing up for what could potentially be his best performance yet.

"Those guys have been sailing well, but I hope I can take a race or two off of them," said Fletcher of rivals Slingsby and Outteridge. "We saw in San Francisco how well we sailed, then we backed it out with a capsize in New York, so fingers crossed we keep the wing in the sky.”

If the action that's happened on the water this week is any indication of Sunday's program, fans will be witnessing SailGP’s closest racing to-date.

Racing begins Sunday at 3 p.m. BST in the course area just off Egypt Point in Cowes, with the free-to-access SailGP Race Village – the epicenter of excitement – set to open at 11:30 a.m. The Race Village will feature exclusive fan experiences and a sold-out grandstand just meters from the finish line.

Limited tickets remain to the on-water Cruise Premier experience that will place spectators in the heart of the action on the racecourse.

Racing will be streamed live on the SailGP APP, YouTube and Facebook (may vary by territory) – including in the UK for the first time in partnership with BT Sport – and aired in more than 90 territories. More details on viewing options can be found at SailGP.com/watch.