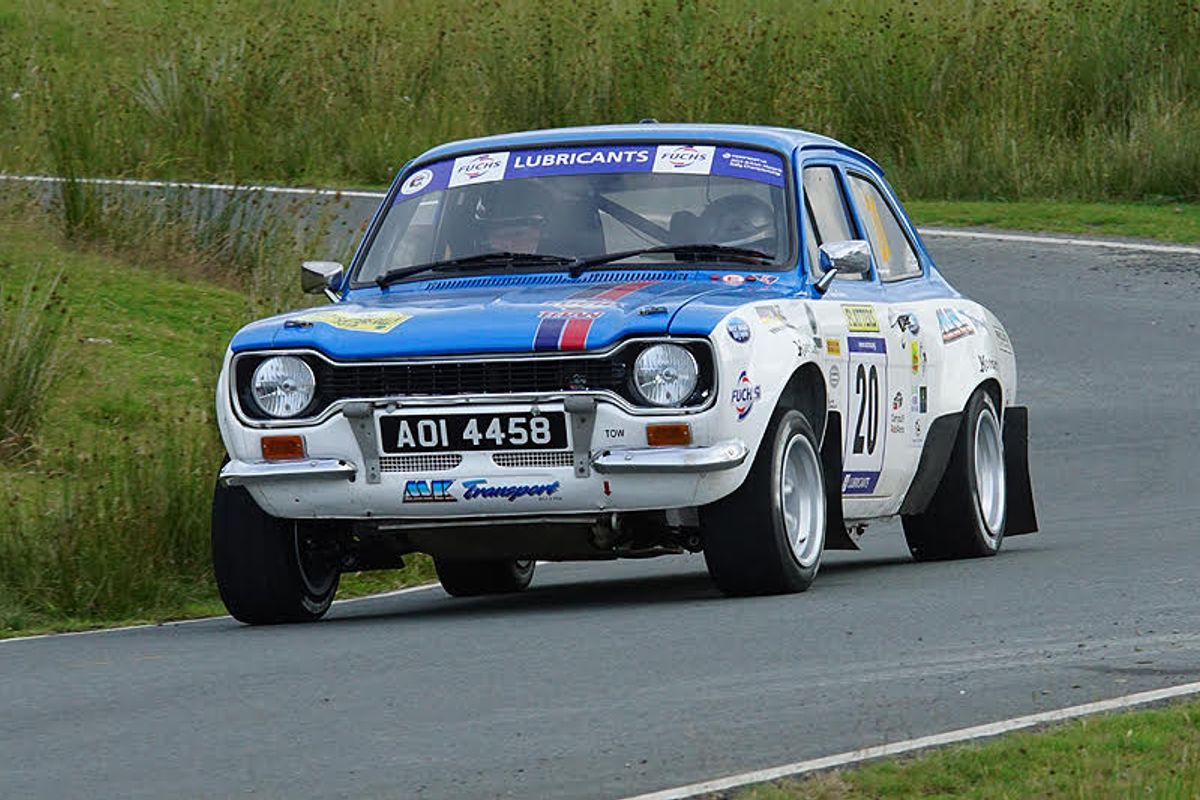 The local crew took control of the BHRC pack right from the start of the nine special stages and were fastest on five of the nine tests in their Ford Escort Mk1. By the finish, they had half a minute in hand over fellow local crew Adrian Hetherington/Ronan O’Neill (Escort Mk2) while an excellent third place and good championship points went to event newcomers Simon Webster and Jez Rogers.

The Ulster Rally event marked the second asphalt rally of the championship season before the action returns to gravel for the title deciding round in Yorkshire in late September. Historic cars spanning the 1960s and 1970s tackled 94 miles of challenging closed road special stages, running three loops of three stages.

As well as being the penultimate BHRC round, the Ulster Rally was also the sixth round of BHRC2 supported by Sherwood Engines, which puts the emphasis on the Category 1 (pre-1968) and up to 1600cc cars in the championship.

Orr put a marker down by winning the opening stage and maintained that form through the first two loops of stages, aside from the second run through McGaffin’s Corner when Hetherington was just a fifth of a second faster. Orr went into the final loop of three stages with a 50-second advantage and was able to measure his pace on his way to a famous home victory. “I like the Ulster but it hasn’t liked me. This year we’ve had a bity of luck on this rally for a change,” said Orr after an impressive performance that sets him up for a serious shot at the BHRC crown in Yorkshire next month.

Hetherington never stopped chasing but accepted that Orr had taken too much profit on the first loop when the roads were still damp and slippery in places. That evidenced when Hetherington was 30s quicker on the second run of McGaffin’s Corner compared to the opening shot. “Stanley’s taken a fair bit of time out of us,” he admitted before mounting a major attack on the final loop of stages to claw back 20 seconds. “It’s been a really good day with good stages.”

Webster accepted that he was a long way behind the two Northern Irishmen in terms of relevant experience but he and Rogers knuckled down and did a great job to claim third, running at a pace that keeps them at the head of the title contest heading for one of their strongest events. “Stanley’s starting to go up a gear now, so we’ll just cling on as best we can,” said Webster after the first four stages.

Rudi Lancaster and Guy Weaver had a good run in their Escort Mk2 and stayed clear of trouble to finish fourth of the title contenders, closing to within 13s of Webster at the finish. “A really testing day,” said Lancaster after a great run.

Barry Stevenson-Wheeler and John Pickavance also turned in a fine performance in unfamiliar territory to take fifth in the BHRC ranks. Meanwhile, Joe Price and Chris Brooks dropped a lot of time early on, but later got going and set a strong pace, trading stage times with Webster, to pull back up the order and score vital championship points as sixth BHRC crew home.

There was no birthday present for Ben Friend, as his rally finished with an off on SS6 while Paul Street/Ian Jones went out after an early off left their Escort Mk2 with damaged steering. Meanwhile, in BHRC2 Malcolm and Ron Mounsey (Talbot Sunbeam) tackled the challenging event and achieved their ambition of getting to the finish and taking a class win in the process.

Event results are at: https://www.rallyscore.net/#/results/1131/879?Ulster-Rally