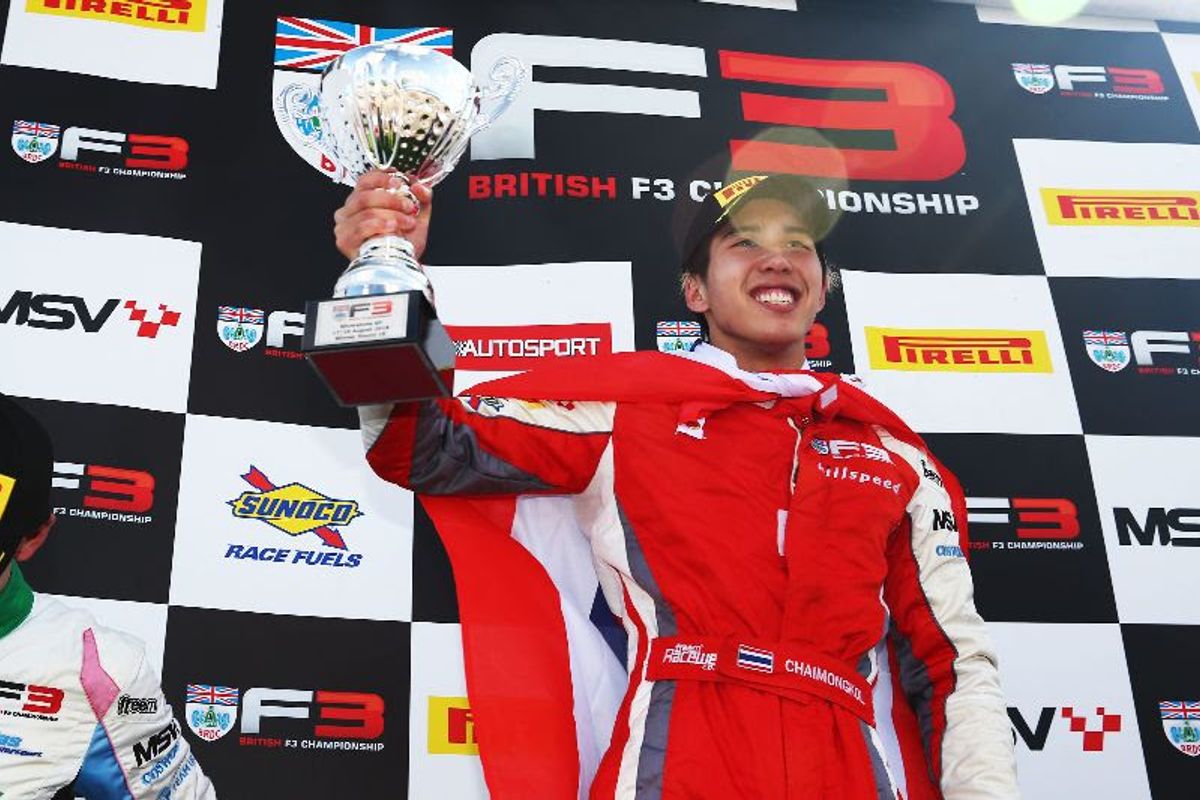 Hillspeed's Sasakorn 'Cutter' Chaimongkol became the 13th different driver to win a BRDC British F3 race this season, with his first British F3 victory in the opening race of the Silverstone weekend this afternoon.

Qualifying
Jewiss claimed a double pole position in qualifying, securing a front of the grid start for both race one and race three.

The British driver set a BRDC British F3 lap record of 1m55.845s right at the end of the session, denying Chaimongkol who looked on course to claim his first pole. Jewiss' time was 0.117s quicker than Chaimongkol with Ayrton Simmons third for Chris Dittmann Racing, a thousandth of a second further back.

With the race three grid decided by each driver's second fastest time, Jewiss' next best time was just 0.020s faster than Simmons, with Hoggard third and three tenths further back.

Race one
Chaimongkol made amends for missing out on pole by making a great start to race one, squeezing up the inside of Jewiss on the run to Copse, despite Jewiss moving across to defend his line.

Chaimongkol held the lead for the entire race, but wasn't able to break away from Jewiss, with the pair separated by a few tenths on each lap. Hoggard moved up to third on lap one and stayed with the lead duo, but the pressure didn't get to Chaimongkol, taking his maiden win by eight tenths over Jewiss. Hoggard's third meant he gained nine points on championship leader Novalak, with the top two now separated by just 31 points with five races to go.

Chaimongkol commented: "It's been a long time! We're always super quick in testing and it's just been in qualifying, that one session where you need to be very quick and I couldn't pull it together. But in the last few races I've been back on par with qualifying and it makes it so much easier.

"On the first lap I got him down at Copse and was able to get a break on him [Jewiss]. I had a lead of around a second and then nearly went off at Stowe because of the oil [dropped in an earlier support race] and Jewiss was right on my tail. After that I was just trying to keep my head down and to make as few mistakes as possible - if you're making mistakes you're not going to go forward. I had to be consistent with the lap times, it was the best I could do at that stage."