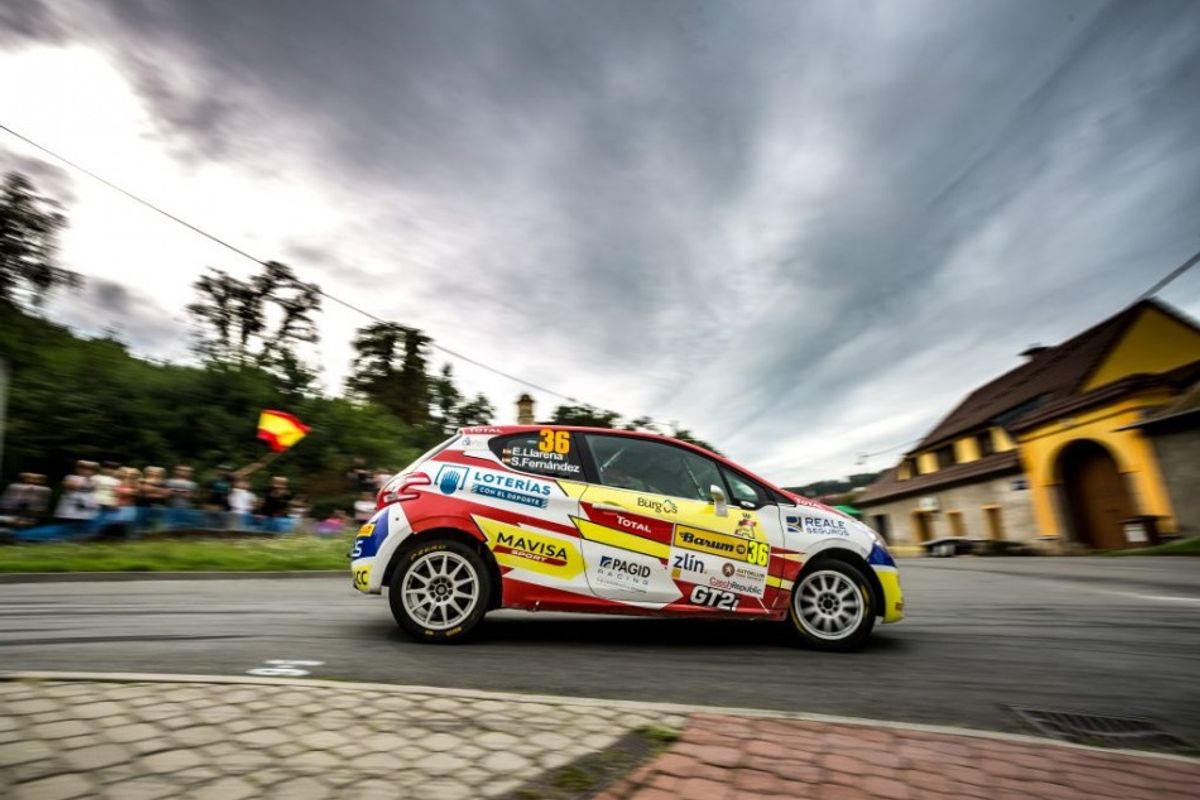 Ken Torn had initially celebrated ERC3 Junior title success only for class winner Jean-Baptiste Franceschi’s original notional time for stage 15 to be adjusted after it emerged that a technical problem had struck, dropping the Frenchman to fourth in class and promoting Efén Llarena to first place.

The one extra day point for Llarena means he takes the Pirelli-supported championship by a single point ahead of Torn.

“We were always on the limit with some big moments like all the drivers,” said Llarena. “We knew we needed to win and we deserved it. We were working too hard for two years not to win and we thank the Spanish federation a lot for all the support. We were very fast on all the rallies and my team did a very good job. Me and Sara [Fernández, co-driver] worked a lot, not just with the pacenotes but on the car. We tried to be more professional and work as hard as possible. We improved a lot during the year.”

Trouble had struck Torn’s hopes when he lost nearly two minutes on the first pass of Kašava. He’d been battling ACCR Czech Rally Team driver Cais for fourth place but fell well behind to fifth, meaning a Llarena victory could potentially give the Spaniard the title.

But Franceschi intervened, having passed Llarena for the lead on the same stage as Torn lost his time. Franceschi increased his advantage by 1.3s on Maják and though Llarena clawed that time back on Pindula, with the final stage of the rally halted after a crashed car blocked the road, Frenchman Franceschi appeared to have secured his second ERC3 Junior win of 2019 with Llarena four seconds behind and seemingly seven points down on Torn in the title battle.

Sindre Furuseth, who had an outside shot at the championship prior to the Czech Republic finale, fell to fourth behind Cais on the penultimate stage of the rally.

Though Torn had struggled for pace, he thrived on Pindula and demoted both Florian Bernardi to sixth and Yohan Rossel (Peugeot Rally Academy) to seventh, beating Bernardi to fifth in ERC3 by only 0.6s.

Miklós Csomós (East Motorsport Kft.), René Dohnal (ACCR Czech Rally Team) and Orhan Avcioğlu (Toksport WRT) rounded out the top 10. Turkish driver Avcioğlu broke into the top 10 at the last moment, overtaking Sean Johnston on the afternoon pass of Pindula and pipping the Saintéloc Junior Team driver by just 0.6s after the American was delayed by a puncture.

Outside the ERC3 top 10, Petr Semerád demonstrated what might have been after his first-class stage win on leg one. He caught and passed the only remaining ADAC Opel Rallye Junior Team machine of Elias Lundberg for sixth in ERC3 Junior on Pindula, the position Lundberg’s team-mate Grégoire Munster had occupied before retiring with a technical problem.