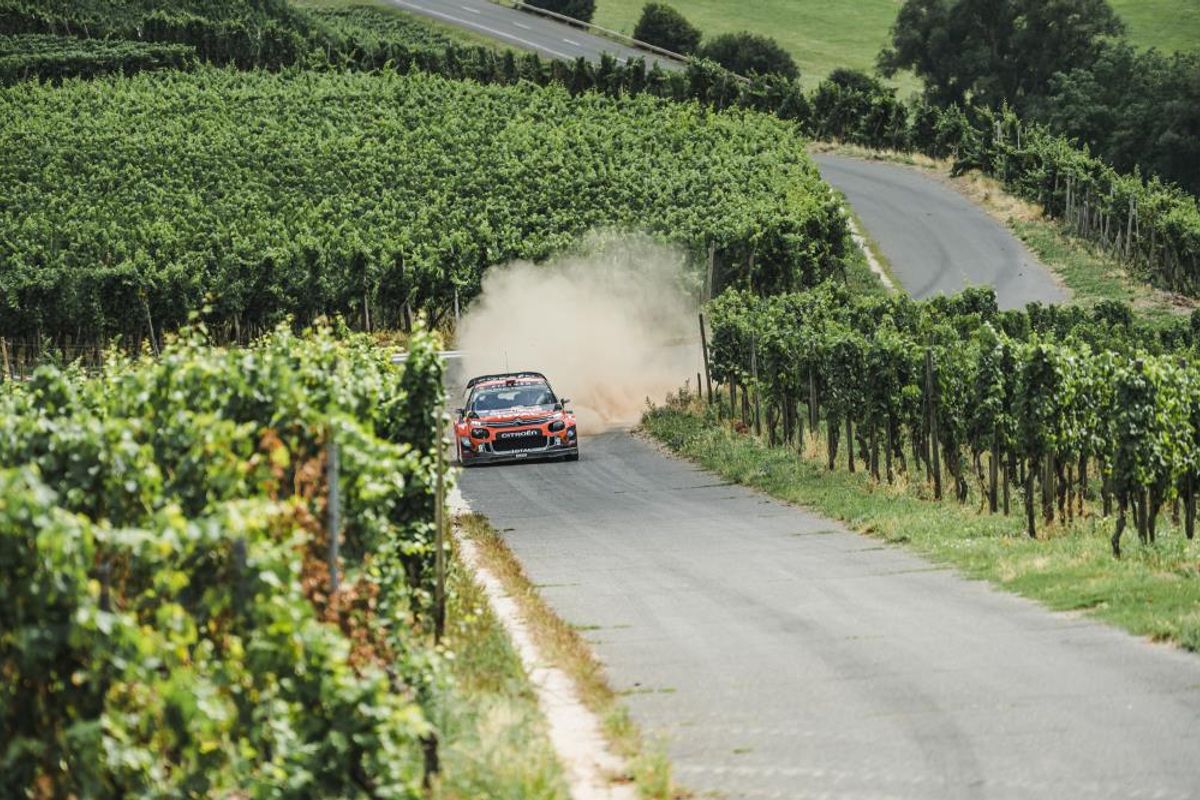 Round ten of the WRC season sees the championship return to tarmac. Citroën Total World Rally Team crews Sébastien Ogier / Julien Ingrassia and Esapekka Lappi / Janne Ferm will be hoping to build on their success in Finland and lead the charge at this tough, versatile test.

Sébastien Ogier and Julien Ingrassia have always performed strongly at Rallye Deutschland, having secured a podium on their very first outing in a WRC – finishing third in a C4 in 2010 – followed by a win a year later also in a Citroën, and two further victories, proving their ability to read the road invaluable.

Only one of two rounds exclusively on tarmac, along with the Tour de Corse, it nevertheless provides however a completely different challenge to the French event and one where Citroën has often shown their winning potential (12 wins, 11 of which in the WRC). It is therefore no surprise that the six-time world champions come into this event with the firm intention of pursuing their progress in the Championship.

Having claimed a stage win on their first outing in Germany in a WRC in 2017, Esapekka Lappi and Janne Ferm went even better last year, grabbing another stage win on their way to a fine third place overall. As things stand, their 2018 performance remains their only podium finish on tarmac in the WRC. Despite this, this round is one of their favourites due to the constant changes in grip and road surface.

Boosted by their strong recent performance in Finland, where they finished as runners-up, Esapekka and Janne will be focusing on consistency as they seek to pick up where they left off in Scandinavia. Their seventh position in the running order may however prove to be a disadvantage, especially if there is rain, as slippery mud tends to get dragged onto the roads as more cars come through the stages.

With four days of dedicated pre-event testing held on stages that are representative of those contested during the event, the Citroën Total World Rally Team enjoyed extensive and instructive preparations. The team tested on a wide variety of road types and was fortunate to experience changeable weather conditions, which is always useful for this kind of event. The team also ran through some final checks on the engine upgrade due to be introduced at this round.

Pierre Budar, Citroën Racing Team Principal: “After our second place in Finland, the aim will be to keep up the momentum here at this rather unusual tarmac event. We’ll be looking to secure at least another podium and also for Sébastien to score as much as possible for the championship. Since the last tarmac rally in Corsica, we’ve learnt a few things about this surface and have worked incredibly hard to correct any issues. I’m therefore confident that we’ll be back towards the top of the leader board at this round, especially as it is a rally that we know very well. We’ll also be introducing an engine upgrade on the C3 WRC at this event.”

Sébastien Ogier, Citroën Total WRT driver: “My aim coming into this round in Germany, a rally where I have always performed very well, is to secure a good result and shift the momentum a little bit in the championship. We had several types of weather conditions during testing and that’s always positive. The fact that we will be tackling the military base stage in the opposite direction to normal might make it a decisive test yet again, even though in the last few years the need to manage the tyres has meant we’ve been unable to push as hard as we would like. It is still a challenging section, like a lot of the rally itself. The risk of picking up a puncture is higher than usual, with the many curbs on the roads in the vineyards and the small, sharp stones that end up on the road surface in Baumholder.”

Esapekka Lappi, Citroën Total WRT driver: “My test in June was very successful. In addition to half a day in the military base, I had a full day on a good test base, covering almost everything we can expect during the rally, and I felt comfortable in the C3 WRC. However, it’s always difficult to know where you are compared to your rivals. In the meantime, I spent the day at Satory, which has allowed me to get my bearings back on tarmac. I feel ready and I think that on this kind of tricky rally, as well as having good speed, you need to be consistent given the number of incidents that invariably occur. The podium I secured last year showed just that.”

RALLYE DEUTSCHLAND SCHEDULE (GMT+2)
This event is often regarded as being three rallies in one. One part of the route features very narrow, technical stages lined with pavements that wind through steep hills of the Mosel vineyards. Another part takes the crews through the countryside of the former French department of the Sarre, with a series of tight hairpins, whilst Saturday’s leg is famous for the stages held in the Baumholder military base, where the bumpy, concrete roads are hard on both the tyres and the cars’ damper systems.

The 2019 rally will be no exception to the rule, with day one unchanged compared with 2018 (101.42km of timed stages). The main difference at this year’s event is the fact that both stages held in the Baumholder military base will be contested in the opposite direction to usual. They have also been grouped together in the second loop on Saturday, which may enable a more specific set-up to be chosen for each loop and the different surfaces found on the stages contested in the morning and afternoon. In any case, with a competitive distance of 157.92km, this leg is once again certain to provide the weekend’s heavyweight challenge.

Sunday, however, will also be no walk in the park. The final leg includes two runs on the long Grafschaft stage, (28.06km) with all the difficulties specific to the Mosel vineyards roads, whilst Dhrontal, the other contested stage, returns to is 2016 configuration.

The weather often plays a pivotal role at this summer round, as conditions can change very quickly. Heavy showers can be extremely localised, meaning that getting your tyre choice right can prove critical. When it does rain, the roads – left dirty by the passing farm machinery and wine-growing vehicles – can quickly turn into an ice rink, with highly inconsistent grip levels that are difficult to control.