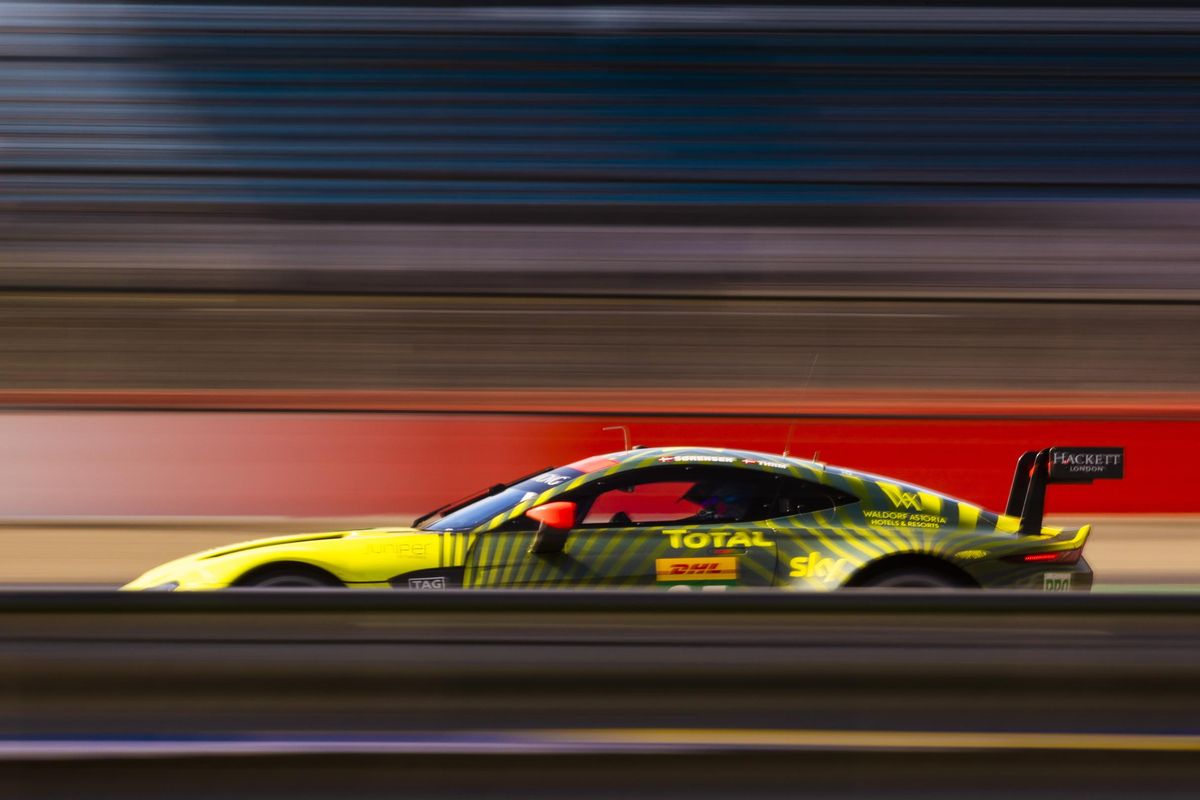 Aston Martin Racing came away from the opening round of the FIA World Endurance Championship with podium finishes in both the GTE Pro and Am classes after delivering a fiercely competitive performance on home soil this weekend.

Alex Lynn (GB) and Maxime Martin (GB) eventually finished the 4 Hours of Silverstone in a strong third position in the #97 GTE Pro car, having led the race comfortably after the first stops. Indeed, the Vantage GTE, embarking on its second season in the Pro class, proved the car to beat in the early stages, leading the race in both classes in the second stint. But, when a heavier-than-expected rain shower and multiple Safety Car periods threw the race into confusion just before half distance, both the #97 and the sister #95 car of Danish duo Nicki Thiim and Marco Sørensen dropped down the order when they and several rivals had to make an additional stop for wet tyres.

A lengthy Safety Car period then afforded both cars the opportunity to switch back to slicks as the track dried, and the #97 crew found themselves hunting down the leaders in the closing stages, with Martin proving he had the pace to challenge for victory. In the end he was only denied his chance to fight for the win by a slow backmarker and a wayward prototype.

"It was a very positive day," said Lynn. "We came away with a podium which is a great way to start the season. Honestly I think we could have won the race and it is great that we have that pace. Maxime drove a great race and we delivered a solid performance. We are night and day better than where we were this time last year and we can now build a solid championship challenge. I think the class is nicely balanced and it's going to be a close season."

Meanwhile in the GTE Am class, Paul Dalla Lana (CDN), Darren Turner (GB) and Ross Gunn (GB) – on his works debut – finished in second place after a brilliant fightback from two drive-through penalties and an additional pitstop for rain tyres. This result, following on from partner team TF Sport's pole position, capped a successful debut weekend for the Vantage in the class.

Turner said: "Paul had a super stint at the beginning of the race and then it all went a little complicated when the rain came and cost us an extra pitstops and drive throughs which shook the whole race up. At one stage I would have been pleased just to get a top five result! But to finish P2 at the end was a nice surprise and a testament to all three of us putting in strong stints. It was a great way to start the championship and I am very happy for myself, Paul and Ross."

John Gaw, Aston Martin Racing Managing Director said: "If we had got everything perfect we would have won both classes. The good news is that we had the pace in the race on the non-preferred hard tyre. In Am those drive-throughs, a competitor stopping in our box all probably cost us the win. In Pro we had a confident forecast that it wouldn't rain anymore so we sent the cars back out with slicks at their second stops, and perhaps we should have split the strategy. At the the end of the race we were chasing the leaders down, we got delayed by an Am car and were struck by a prototype. The good news is we have the pace, we are competitive in both classes and we are going to win some races this year. But we have to focus on our execution."

The next round of the FIA WEC takes place in Japan for the 6 Hours of Fuji on 6 October.