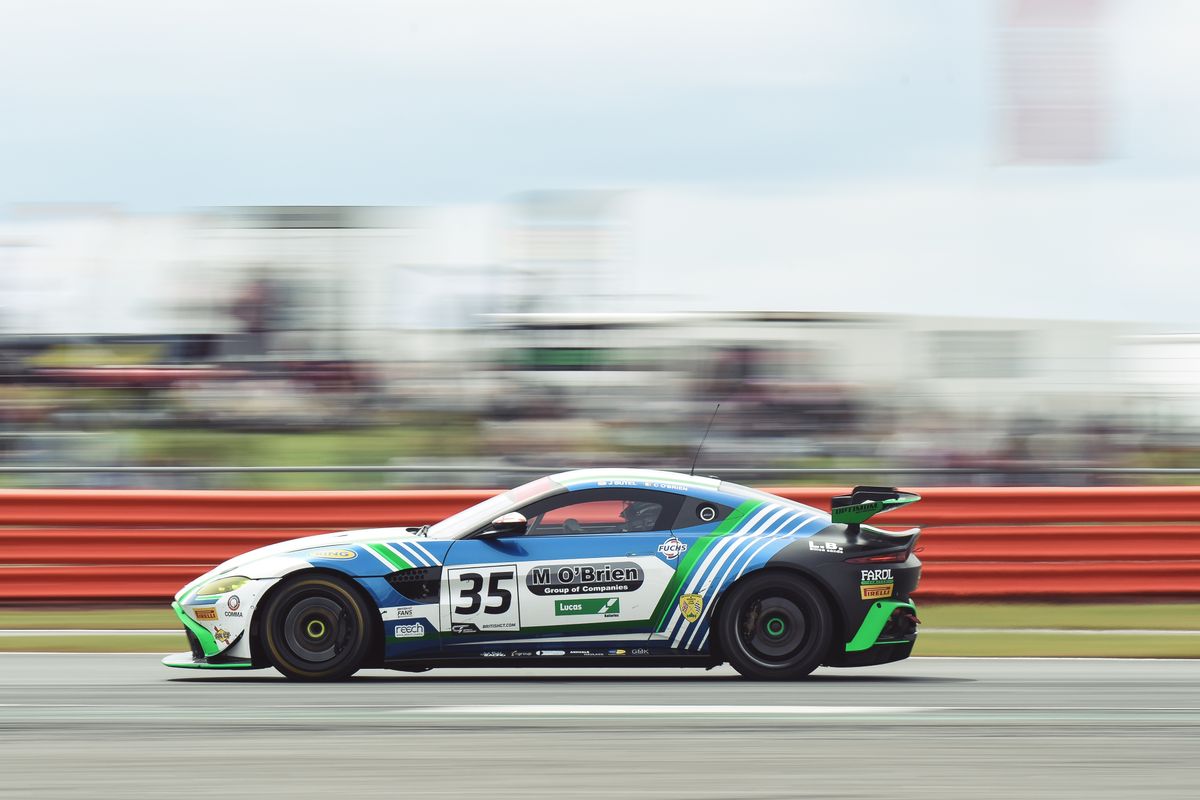 Optimum Motorsport already has one race winning GT3 entered in the International GT Open for the coming weekend and have confirmed  a second entry in the supporting GT Cup Open Europe races at Silverstone.

Connor O’Brien is joined by Charlie Eastwood for a one-off outing in the Aston Martin GT4 that currently competes in the British GT Championship. Having stepped up from Ginetta racing, 2019 marks Connor’s first year in the GT4 and he has made huge gains as the season has progressed.

It will be Charlie’s first race in a GT4, but the Aston Martin Junior has a wealth of experience competing in the Blancpain GT championship as well as the FIA World Endurance Championship. Indeed, four podium positions in the latter and under the wing of Aston Martin Racing, this is too good an opportunity for Connor to miss.

Optimum Motorsport will again field the GT3 Vantage for Ollie Wilkinson and Darren Turner in the feature race. GT Cup Open Europe consists of two practice sessions on Friday August 6. Saturday and Sunday both see qualifying and then 55-minute races from 13.50 and 11.40 respectively.

Shaun Goff, Optimum Motorsport Team Principal
"We're really looking forward to entering the GT Cup Open race at our home event at Silverstone. Connor has been making great strides this year and he has taken this opportunity with both hands.

"We haven’t worked with Charlie before, but I’ve followed his progress over the last couple of years - being associated with Aston Martin Racing – and he will be great for Connor to work with to benchmark himself against.  We’re hoping the pairing can give Optimum and Aston Martin its first win in the GT Cup Open category."

Connor O’Brien
“I had a good run at Silverstone in British GT earlier in the year and enjoy the circuit, so I’m really looking forward to the event as a whole. I will be adapting to the Michelin tyres which will be interesting as they have very good life and performance. It is an excellent opportunity to work with Charlie – an all Irish pairing – as he is very experienced and has just completed his second WEC race at Silverstone so I’m really excited to get started.”

Charlie Eastwood
"It will be my first ever GT4 race experience as I've only ever done three laps in my life and that was bedding brakes at Snetterton at the start of the year. It will be a new challenge for me, and I may need to reset on my braking points, minimum speeds and gears but I'm really looking forward to joining Optimum and Connor O'Brien. Hopefully we can get a good result."