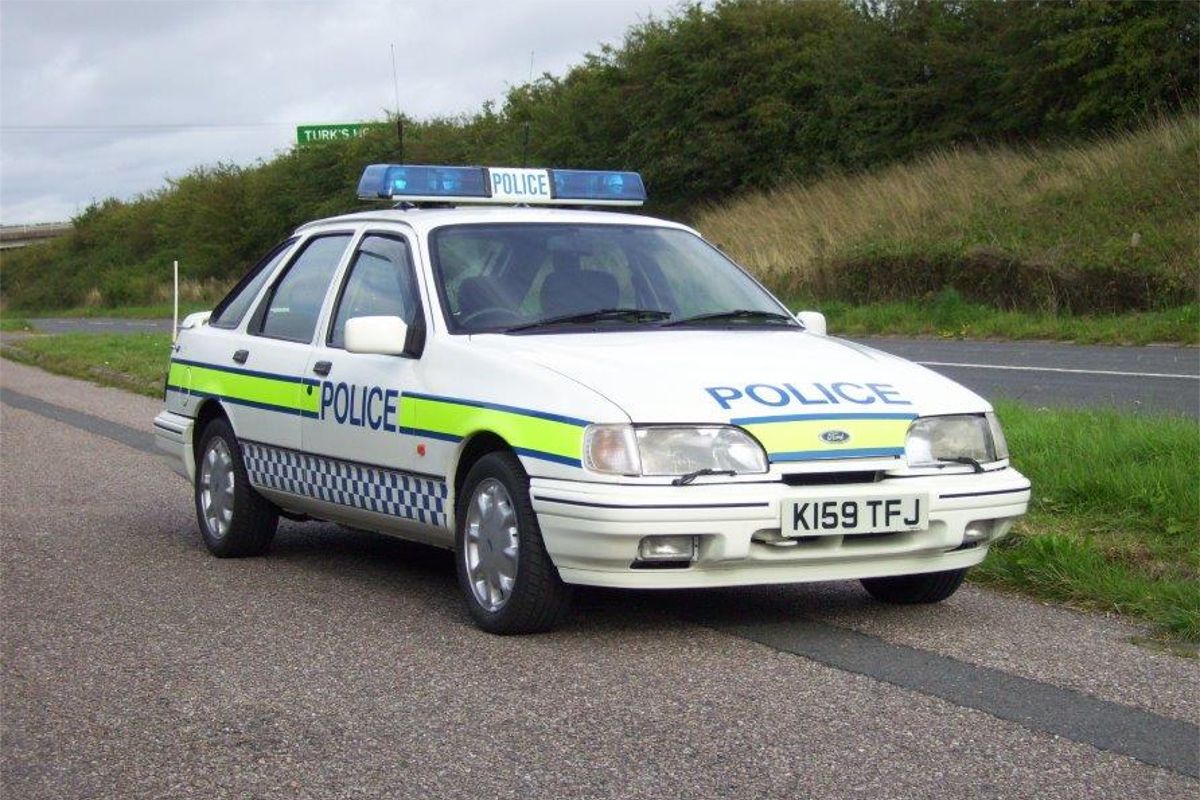 A collectable series 1 1965 Sunbeam Tiger V8
Long-term owned Jaguar E-Type Series 2
A pair of classic Jaguars from the same ownership
The CCA sale on the 5th October at the Warwickshire Event Centre will be selling one of the props from Noel’s House Party, the famous BBC One TV show, an Ex-Garda Police Car.

Among other lots, there are some lovely British classics, a Sunbeam Tiger, a series 2 Jaguar E-type and two classic Jaguars, a Mk 2 and a 340 from the same owner.

All the puns will be coming out for this lot, now is your chance to Grab a Police Car that featured in the famous BBC television show Noel’s House Party. This 1992 Ford Sierra XR4x4 as shown in the documents was originally an Irish Garda car which was purchased for the tv programme. In full working order after being recommissioned, it retains its Police livery and working flashing lights. Powered by the 2.9-litre V6 we are told it drives very well Offered at £5,000 to £7,000 this is a great opportunity to own a piece of TV memorabilia from one of the most famous shows of the 1990s.

Now for something a bit more classic, a real British Bulldog from the swinging sixties era, a 1965 Sunbeam Tiger. This series 1 V8 has had four keepers and been in the same ownership since 1992. The car has been treated to some slight upgrades with improved brakes and suspension as well as a tweaked engine. Fitted with lovely 15- inch Pansport American alloys and presented in Mediterranean Blue, this is a stunning and well-sorted sports car with an estimate of £40,000 to £50,000.

Our next three lots are all Jaguars and one not to be missed is this 1970 Series 2 E-Type Roadster. Estimated at £40,000 to £45,000 this is a very sensible guide price for a British Icon of the motoring world. This 4.2 E-Type was imported from America in 1989 and was professionally converted to right-hand-drive. It has been with the current owner for the last 18 years and has an indicated mileage of 79,822 miles. Finished in Regency Red and with a removable hard-top, this is a great E-type which has been guided to allow for some tidying up and detailing.

Our final two cars are both from the same vendor and finished in Old English White. The first is a 1961 Jaguar Mk2 2.4 with Overdrive. An original matching numbers car which has undergone some excellent sympathetic restoration to the bodywork, mechanicals and interior leatherwork and documented in the excellent history file. Estimated t £18,000 to £22,000 this lovely classic also has the number plate 84 UPJ included in the sale.

The second of the Old English White Jaguars is the 340. In 1967 Jaguar rebadged the Mk 2 with the 3.4-litre cars being badged as 340. This Jaguar has been subject to a full bodywork, mechanical, electrical and trim restoration over the last four years and is now a lovely matching numbers car. It does come with an interesting history file with photographs of the rebuild and other associated documentation. Estimated at £20,000 to £25,000 another great car to be enjoyed.

Gary Dunne, Classic Car Auctions auction manager commented: “Well what can I say about this batch of cars. I remember Noel’s House Party well and this spoof Police car will, I am sure, attract interest. There are always people out there who are keen to own memorabilia and as this programme had a huge following, Grab a Grand, Wait Til I Get You Home and who could forget Mr Blobby? This car could be a chuckle for someone. Just imagine what you could do with it!”

“We always love Jaguars and these three cars are superb, the two Old English White cars coming from the same owner are lovely examples and well guided.”

“We are still accepting entries for this sale, entries close this weekend, and if you are thinking of consigning your car in the future, you can pop along to our Cars Coffee and Consigning event that we are holding at the British Motor Museum on the following Wednesdays 25th September, 9th and 23rd October and 6th November where one of our consigners will be on hand to help you through the process.”

Classic Car Auctions are still accepting cars for the auction and can be contacted on 01926 640888 or email enquiries@classiccarauctions.co.uk