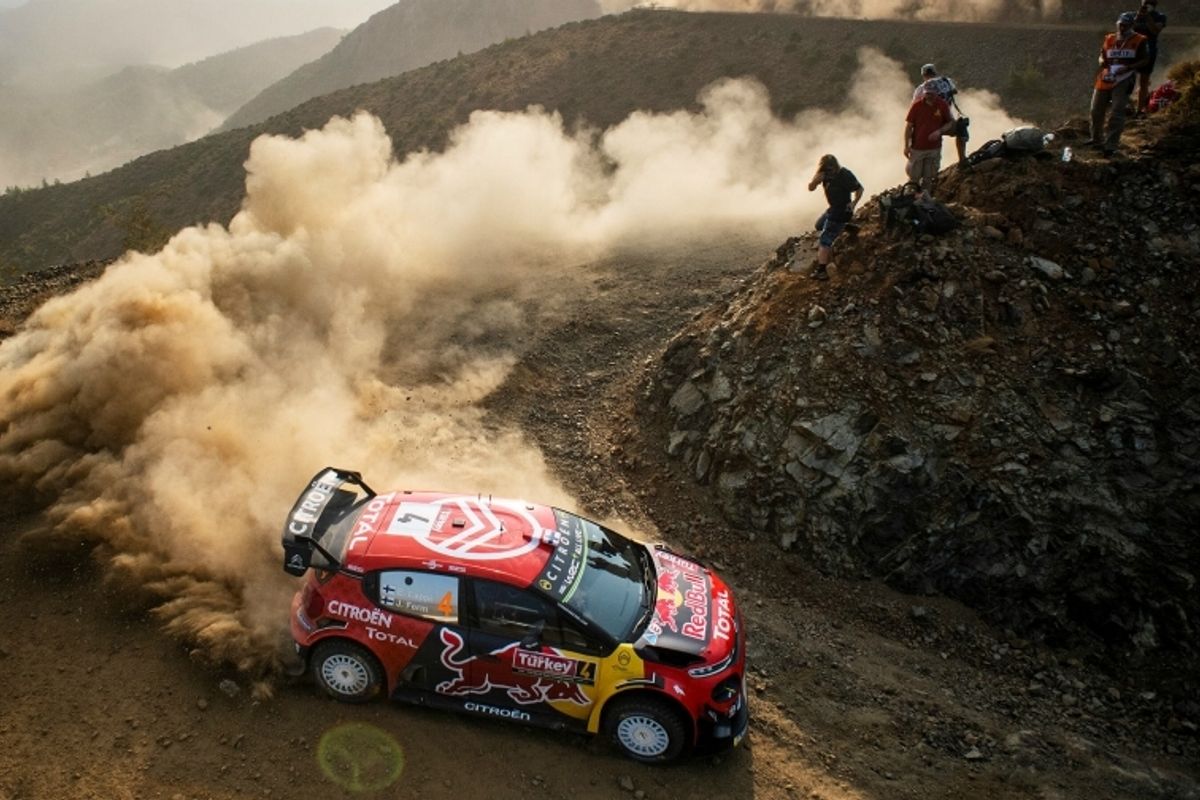 Lappi ended a long and tough day, in which the elements threw all they could at the competitors, with a 17.7sec lead over Citroën C3 team-mate and world champion Ogier. Neuville was 0.7sec further back in a Hyundai i20.

Championship leader Ott Tänak languished in eighth after a troubled day aboard his Toyota Yaris offered fresh hope to his title rivals. Neuville trailed the Estonian by 33 points in the championship with Ogier 40 behind going into round 11 of 14.

Intense heat and rock-strewn mountain roads above Turkey’s Turquoise Coast provided a fierce morning challenge. The afternoon was even more demanding as rougher roads and heavy rain meant grip was at a premium.

Jari-Matti Latvala took the lead in the opening special stage from Neuville and Andreas Mikkelsen, who were tied after Thursday night’s short curtain-raiser. Lappi moved ahead in the next and extended his advantage in each of the four remaining speed tests.

“I’ve never seen this kind of stage, I had at least 15 huge hits on the car,” he said after this afternoon’s penultimate stage. "We’ve had no dramas so far, apart from a stall in a hairpin. A 17-second lead is a lot in Finland, but on this rally even one minute is not a lot,” said Lappi.

The penultimate 38.15km Çetibeli stage turned the leaderboard upside down. Rain made conditions treacherous for those who opted for Michelin’s hard compound tyres, the logical choice for hot and dry weather. Those using medium compounds prospered.

Fastest time for Neuville promoted the Belgian from seventh to third after a frustrating morning in which he fought against his i20’s handling. In the final test, he closed further on Ogier, who survived with only a puncture to delay him.

Teemu Suninen steered his Ford Fiesta into fourth, despite an opening stage spin. The Finn ended 25.0sec behind Neuville and 19.7sec ahead of Mikkelsen, who held second all day before losing almost a minute on the wrong tyres in Çetibeli.

Tänak was more than 90sec off the lead after losing time carving a clear line through the loose gravel this morning and dropping almost 80sec with a puncture.

Saturday follows a similar format of two groups of three stages, but this time the route heads west of Marmaris. More than 110km of competition are packed into six tests, with stunning picture-postcard views of the Mediterranean coastline.