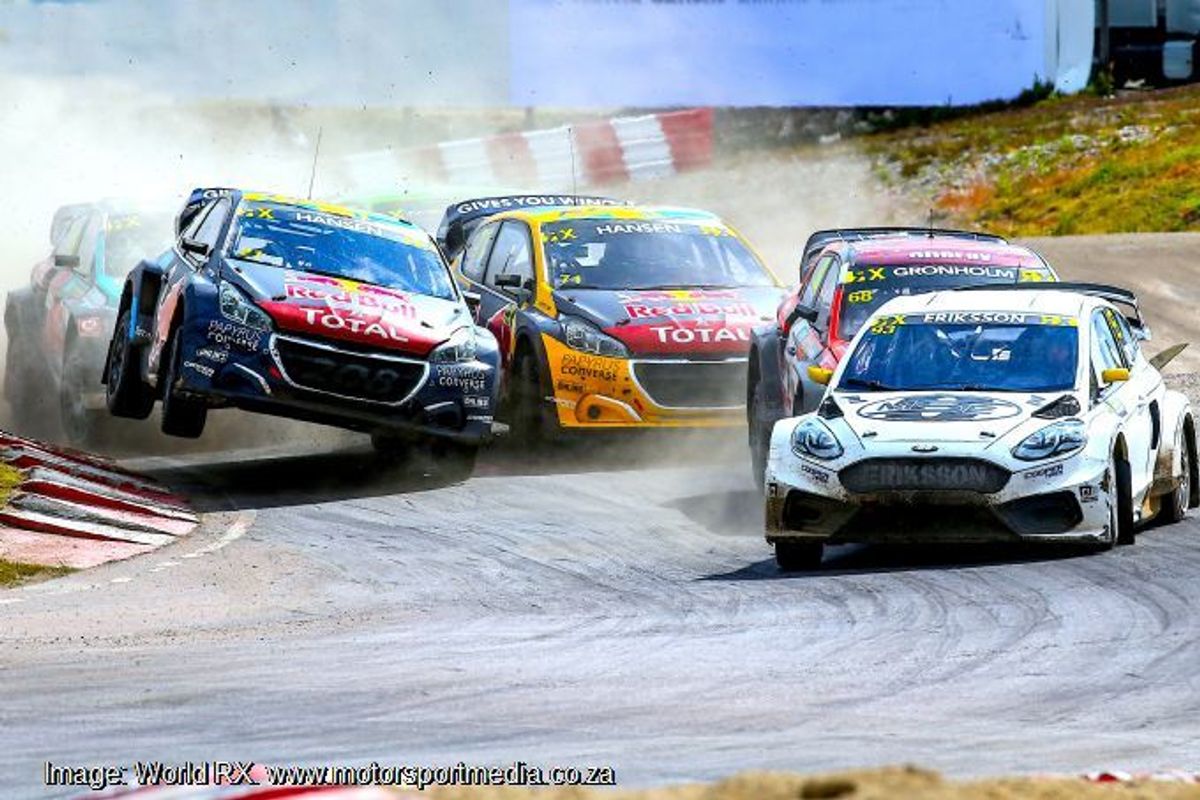 South Africans, whether they are race fans or not, are set for a blockbuster treat when the FIA World Rallycross Championship presented by Monster Energy goes down to the wire at the Killarney International Raceway in Cape Town 9-10 November.

Most significantly, this year’s world title will be decided at the South African finale and to celebrate, new organisers WorldSport are preparing a bigger and better weekend than ever to ensure that Cape Town's World Rallycross Championship extravaganza goes off with a bang enough to drown out the previous week’s Guy Fawkes celebrations.

A sensational live show, World Rallycross delivers dramatic ground-shaking rapid-fire action second to none throughout a splendid series of Saturday heats, through Sunday’s Semis and into the explosive action of the championship-deciding World Rallycross Finale — a seismic thrill to the race fan and the man in the street alike.

Racing 400kW supercars capable of accelerating to 100km/h in under two seconds on the mixed dirt and asphalt Cape Town amphitheatre RX track, the World Rallycross gladiators arrive in the Cape hot off a year of gruelling all-wheel drive warfare that has raged across the globe, from the Emirates, through the Americas and across Europe en route to it all coming to a head right here in South Africa.

Among the drivers to line up five or six at a time against the backdrop of Table Mountain, expect Swedish Hansen brothers, Kevin and Timmy to take on the likes of Brits Liam Doran and Oliver Bennett, all-rounders Timo Scheider, Guerlain Chicherit and Krisztian Szabo to deliver mind-blowing action throughout. They will be backed by the second division RX2 International Series presented by Cooper Tires mob, including Oliver Eriksson, Damien Meunier and Cyril Raymond.

Fans can expect a stunning supporting bill too, along with a broad selection of trackside activities throughout the weekend, with special day and weekend deals as well as fly-in packages for out of town visitors to be confirmed very soon. Tickets are already available through www.quicket.co.za, and even more exciting activations to be added to the day.

All in all, whether you like a little extraordinary action, are an adrenaline junkie or a race fan, South Africa’s FIA World Rallycross Championship presented by Monster Energy is not to be missed and happening in the Cape’s perfect November weather, what better reason to plan that next Cape Town trip around it?