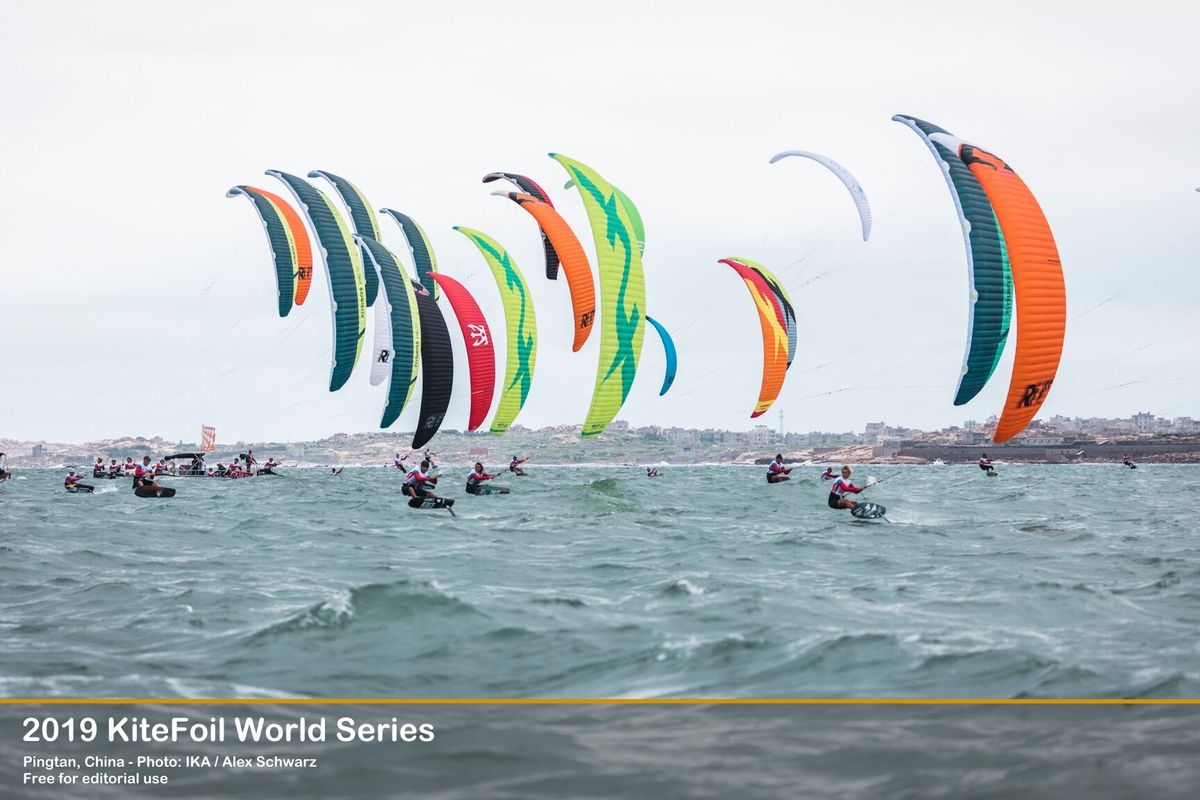 France’s Théo de Ramecourt stole the show at the opening of the KiteWorld Series’ third act on Pingtan Island, eastern China, when he seized two bullets that were enough to get his nose in front in the standings.

De Ramecourt just edged out current World Series’ leader, Slovenia’s Toni Vodisek, who looked unstoppable when he closed out the first of two back-to-back stops in China with a bravura flourish earlier in the week.

Just as it appeared that Vodisek, 19, was about to continue where he had left off a few days ago in Weifang, he crashed on the last downwind leg of the opening day’s third and final race in 16kts of breeze after leading round every mark.

Still, despite De Ramecourt’s much improved performance on his Flysurfer VMG 15m kite in the tricky seas, he was only equal on points with Vodisek and held leaderboard’s top spot on scoring countbacks.

Day one of the series’ penultimate stop Fujian province’s Pingtan, ahead of the final on the Italian resort island of Sardinia next month, lived up to its promise of thrillingly-close, breathtakingly-quick action on the water.

So tight was the racing that none of the leading contenders in the mixed fleet of 27 athletes from 13 countries were able to dominate, each invariably slipping up with a slightly poorer finish that proved costly for their overall score.

Reigning Formula Kite world champion, France’s Nico Parlier, appeared on course to post good finishes, but tripped with a poor finish in the third race that left him just behind Germany’s Florian Gruber in fourth, and Axel Mazella (FRA), in third.

“The first and second races were really nice, though in the end I was a little underpowered on my 13m kite against Toni Vodisek and Théo de Ramecourt going downwind,” said Mazella. “I changed to the 15m for the last race which was better, but I made some mistakes and crashed. But it was still good.”

De Ramecourt was thrilled to rediscover the kind of form that he had begun to show in the closing stages of the Weifang stop after a lacklustre performance in the opening days’ exchanges.

"I won two of the three races, so it's a good start. The difference is that I got my motivation back. It's super-nice to accelerate. The water's quite technical because of all the chop. As soon as you start enjoying yourself, your performance improves.”

But reigning Formula Kite world champion, the US’s Daniela Moroz, maintained her winning ways in the women’s fleet, taking the leaderboard’s tenth spot overall against many of the world’s fastest men.