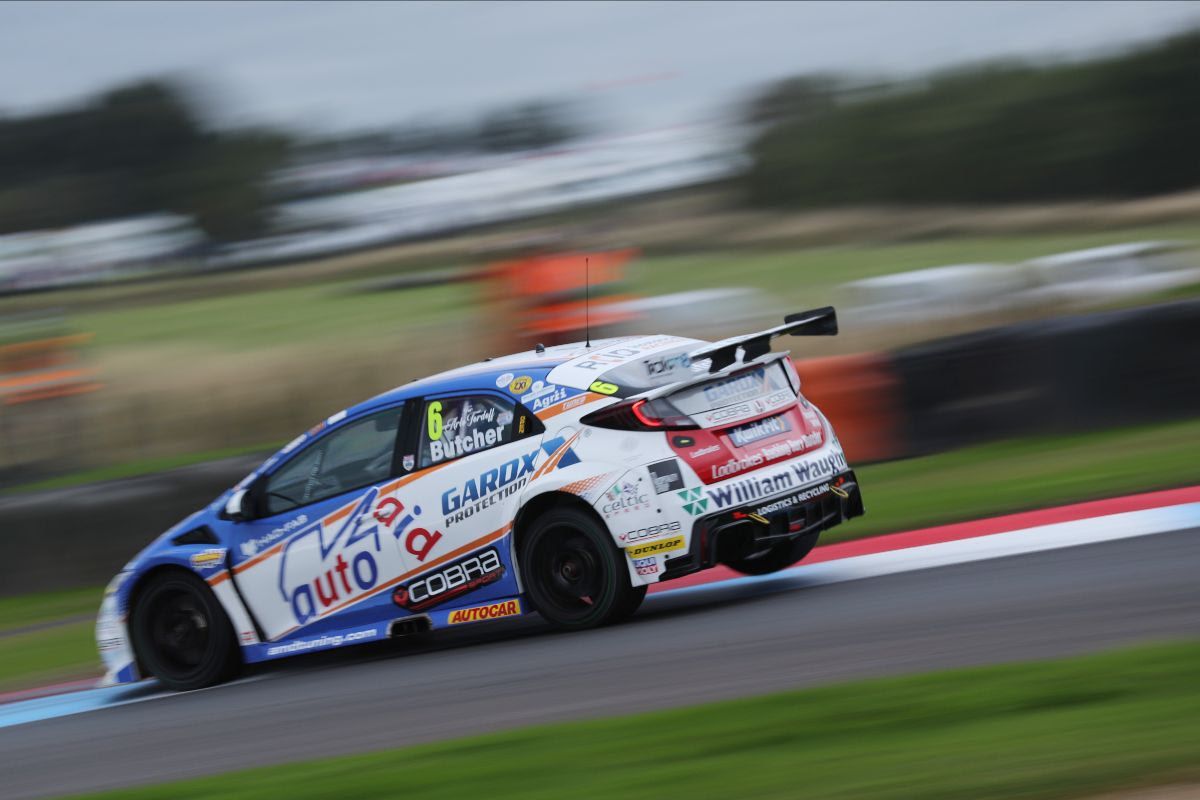 The Scotsman topped both free practice sessions and was already quickest mid-qualifying, but with the chasing pack edging closer the Honda Civic Type R driver improved yet further to clock a new qualifying lap record of 50.451s.

That challenge may not be easy for Cammish, however, as BMW Pirtek Racing's Andrew Jordan – currently second in the overall standings – claimed third on the grid for tomorrow's opener after he also produced the goods in his success-ballast laden 3 Series. Jordan was on the edge throughout the 30-minute session and even had a trip through the gravel at full charge, immediately after setting his fastest lap.

Damage limitation was the target for championship leader Turkington and sixth on the grid represents a solid return for the Northern Irishman, although late flying laps from Tom Chilton and Senna Proctor ensured that two cars with line-up in-between the top two title protagonists tomorrow.

Tom Oliphant ensured that all three manufacturer-backed BMWs will start inside the top seven, whilst Adam Morgan's upturn in form continued with eighth. The Mac Tools with Ciceley Motorsport driver may have even been further up the order but for getting baulked up behind Rob Collard's Sterling Insurance with Power Maxed Racing Vauxhall in the final sector.

Chris Smiley completed a topsy turvy day for BTC Racing with ninth – whilst his team-mate and championship contender Josh Cook languished down in 20th – whilst three-time BTCC champion Matt Neal rounded out the top ten.

Tom Ingram (Team Toyota GB with Ginsters) and Jason Plato (Sterling Insurance with Power Maxed Racing) were two of the quicker drivers that ended up outside of the top ten, both having run their cars through the gravel on the exit of the chicane whilst on quick laps.

Rounds 22, 23 and 24 of the Kwik Fit British Touring Car Championship take place at Knockhill tomorrow with all the action around the 1.27-mile circuit being screened live and exclusively on ITV4 from 11:00.

Rory Butcher said: "What a special pole position in front of my friends and family and on my home track. I was never able to get pole. Front row yes, but never first place. It's a great feeling. I know we've been quickest all day but we've worked hard at it and found time in every session. We all know the situation with Sam and Georgie so this is for them."

Dan Cammish said: "I’m very happy with that. I love Knockhill and the car was good here back in March in testing. We solved a few issues we had by the end of the day and it’s just so close – you could throw a blanket over us. Rory (Butcher) has done a mega job. I just didn’t have that final bit to beat him. I’m proud of the work the team’s done and it’s nice not to have a BMW in front of us. There’s a big difference between setting a car up for one lap and a race distance. The soft tyre, rain overnight and a green circuit will make it unpredictable."

Andrew Jordan said: "With the weight on-board, that was very good. We’ve been strong all day. We’ve changed very little from when the car rolled out – just a click here and there. I think we can challenge for a win and we have the pace over a race distance. This always used to be a rear-wheel drive circuit but no longer. We did lots of laps in testing and we’re confident for tomorrow. It’s such a cool circuit to drive and I’ve just really enjoyed my day’s work. We’re ahead of who we need to be and I’m happy with that."