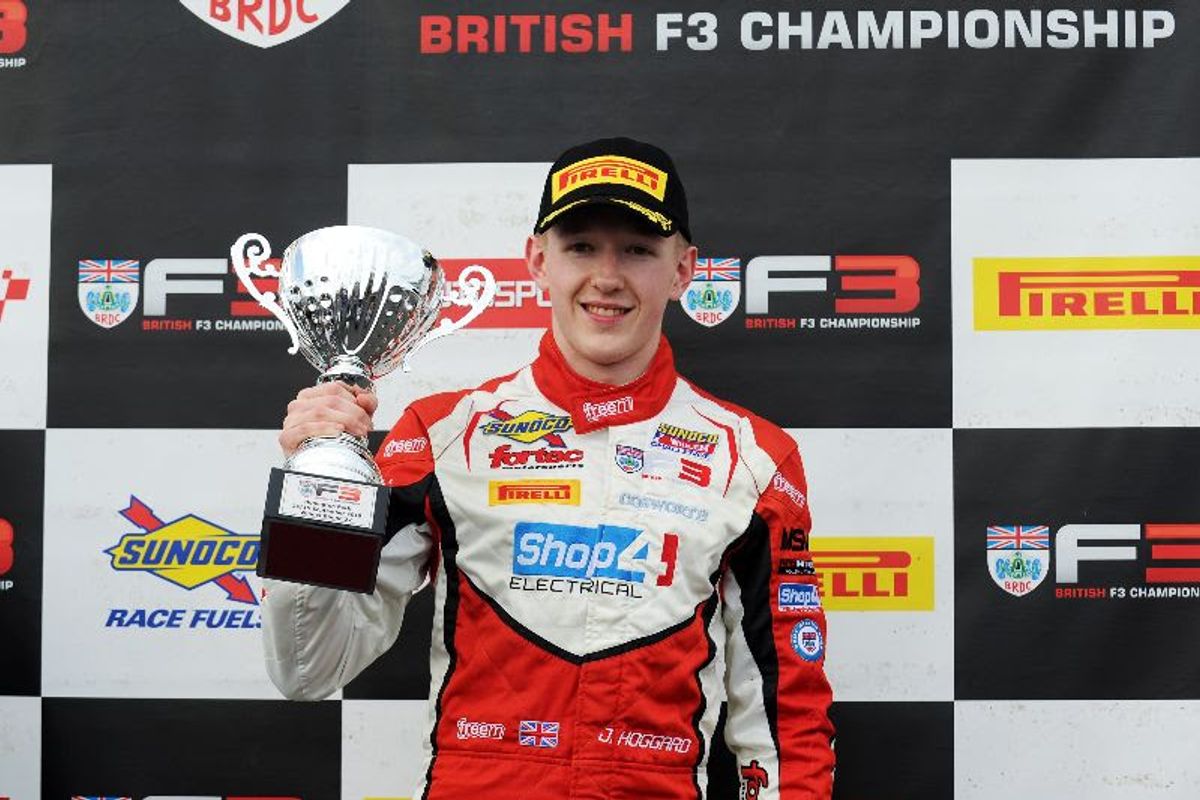 Fortec Motorsport's Johnathan Hoggard secured a sixth win of the year in the first race of the final weekend at Donington to close up the championship gap to Clement Novalak. Kiern Jewiss claimed second place ahead of Manuel Maldonado, with Novalak fourth.

Qualifying
Hoggard claimed a double pole position in qualifying to secure the 2019 Jack Cavill Pole Position Cup. A succession of laps in the 1m24s was enough to give him pole for race one and three, with Jewiss second fastest for both races, and teammate Ulysse De Pauw third.

Title challenger Ayrton Simmons was fourth fastest for both races, while championship leader Clement Novalak was sixth in qualifying and ninth quickest on second fastest times for the race three grid.

Race one
Hoggard made a good start from pole to lead the field down to Redgate as he held off Jewiss. Behind, Simmons attempted a move on De Pauw for third, but the pair made contact, relegating Simmons to the tail of the field, with De Pauw picking up a 10 second penalty post-race.

Hoggard led the whole race, and held off a late charge from Jewiss, while Maldonado climbed from fifth to take third. Novalak was fourth while Simmons recovered to ninth. Hoggard narrowed the championship lead down to 38 points from 52, while Simmons and Jewiss were eliminated from title contention.

Novalak simply needs to score 29 points across the two races tomorrow to claim the title, regardless of results elsewhere.

Race one winner Hoggard said: "The weekend has been going really well, I'm just really trying to do my best out there which we have been doing so far. There's not much more I can do, it all depends on where Clement finishes.

"Race two is about gaining as many places as possible. I'm going to try my best and then in race three try and get a good start, which we did in this race."