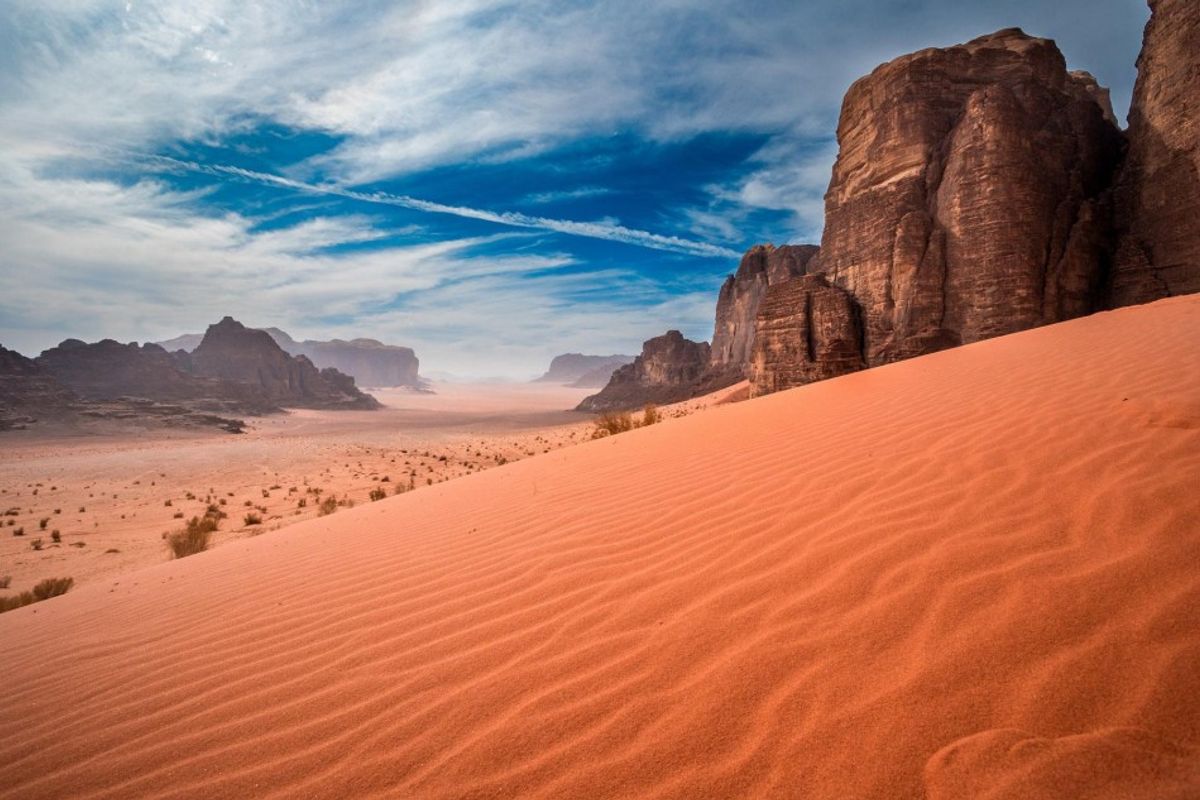 and tee up titanic title fight

Jakub Przygoński and Timo Gottschalk today won the inaugural Jordan Baja, the seventh round of the FIA World Cup for Cross Country Bajas, closing the gap in the title fight and igniting a close three-way battle on the final event. The Polish/German pairing headed a Mini All4 Racing 1-2-3 with Orlando Terranova and Ronnie Graue finishing second and Vladimir Vasilyev and Konstantin Zhiltsov third. The trio of championship contenders are now split by just three points as they head to Portugal in October for the ultimate Baja showdown.

Having run as a candidate event in 2018, Jordan made its debut on the World Cup calendar this year and the hot, dusty and rocky route took the contenders through the country’s southern desert around the UNESCO World Heritage site of Wadi Rum. Competition kicked off on Thursday afternoon with a short three kilometre super special stage on the outskirts of the Red Sea city of Aqaba, where Przygonski and Gottschalk took the honours. Heading into the longest stage on Friday morning, the pair lost out to Terranova after a navigation mistake, dropping them to second but only one minute and 26 seconds adrift. In the shorter afternoon section, they bounced back as the tables were turned and they went into today’s final 210.85 kilometre section with an advantage of just over two minutes. Second fastest, and crucially ahead of both Terranova and Vasilyev, was enough to secure their second victory of the season and significantly narrow the gap in the title fight.

“We enjoyed the terrain here - stones, sand and camel grass,” said Przygonski. “It is a good place to make the race, it would be nice to come back. This is a great result and keeps us in the frame for the championship.”

Terranova and Graue finished just under four minutes adrift in second overall. The Argentine driver inched into the lead after SS2 with fastest time through the 211 kilometre section, despite admitting to a few navigational errors and a puncture. A time loss in SS3, after briefly going off the route, saw the Mini driver slip back to third heading into the final section and, after sustaining a hit on the front end of the car and collecting a puncture, he was then focused on finishing with solid points for second overall.

Vasilyev’s consistent performance throughout banked third position and, provisionally, he maintains his lead in the standings, albeit now just by one point. The Russian had climbed to second overall after the third of the four selective sections but lost out to Terranova in the final kilometres. Khalid Al-Qassimi and navigator Xavier Panseri claimed fourth in their Peugeot 3008DKR. The UAE driver had a tough Friday running first on the road, losing the right track and getting disorientated in places as he netted fourth fastest on both sections, as well as today’s closing stage.

Fedor Vorobyev, co-driven by Kirill Shubin, claimed his fourth T3 win in his Can-Am Maverick X3 and took another big step towards the Trophy title. The Russian, who also finished fifth overall, headed category rival Michele Cinotto by over an hour, teeing up another battle for honours on the final round. Claudiu Barbu’s hopes of keeping the T2 Trophy fight alive came to a halt in the final section when he was forced into retirement. Consequently, Latvia’s Aldis Vilcans provisionally takes the title.

Image: Based out of the Red Sea city of Aqaba, the route takes the contenders through the country’s southern desert around the UNESCO World Heritage Site of Wadi Rum where stunning desert landscape, dramatic sandstone mountains, canyons, dunes and steep chasms have formed the backdrop to many a Hollywood blockbuster movie.

The final and decisive round of the FIA World Cup for Cross Country Bajas takes the contenders to the Baja de Portalegre 500 (24-26 October).