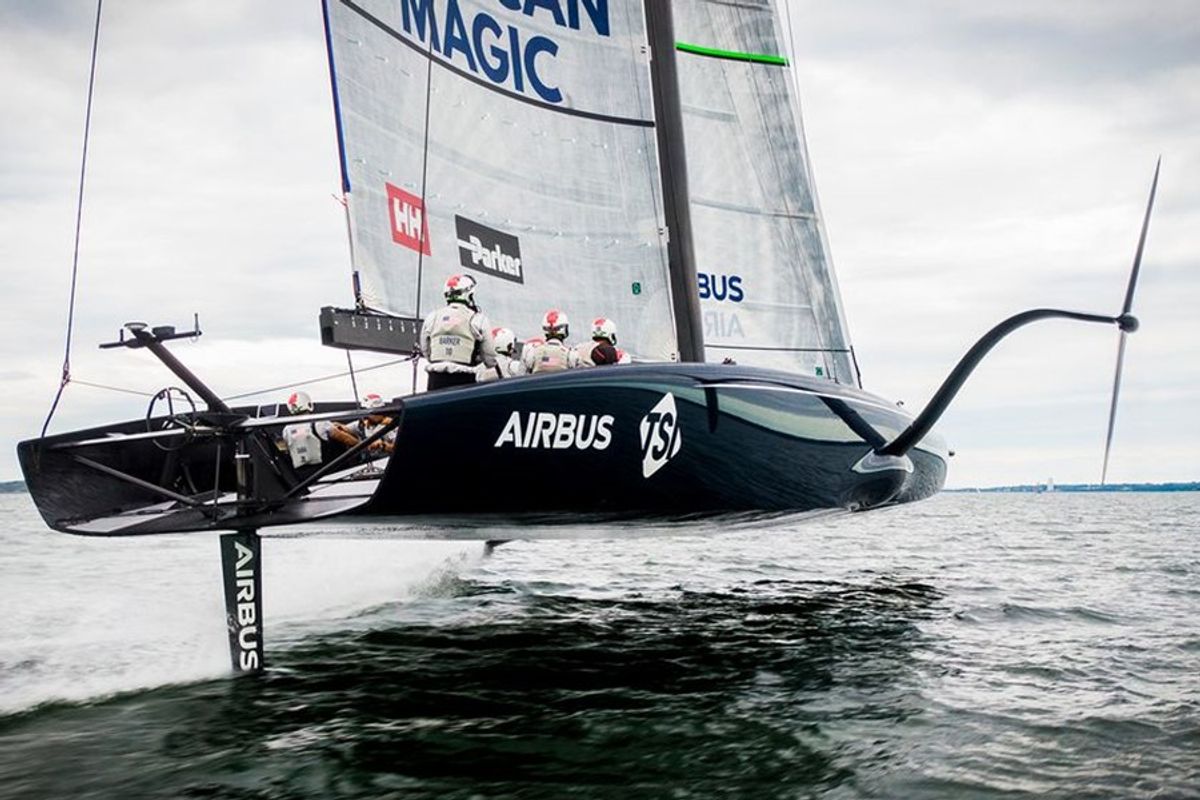 After an estimated 76,000 combined hours of fabrication and finishing work by the production and shore teams of American Magic, the U.S. Challenger's first AC75 racing boat was officially named and launched last week.

Named Defiant, the cutting-edge foiling monohull is the first America's Cup class boat built to represent the New York Yacht Club in over 16 years. The boat underwent initial testing on Narragansett Bay earlier in the week.

Defiant was constructed at a dedicated facility in Bristol, Rhode Island, the site of America's Cup boatbuilding efforts since the Herreshoff Manufacturing Company's first Cup defender, Vigilant, was launched in 1893. American Magic will continue to train in Rhode Island waters during the fall of 2019 before relocating to Pensacola, Florida for the winter.

The quest for the ultimate prize, the America's Cup, begins with winning the Prada Cup.

Throughout its 167 year history, the oldest trophy in international sport has evolved to include a Challenger selection series, to determine which foreign yacht club will take on the Defender of the America's Cup.

The results of the America's Cup World Series will seed the teams for the Prada Cup round robin.  These Challenger races will take place in January-February 2021 in Auckland and the winning team will raise the stunning, handcrafted silver Prada Cup.