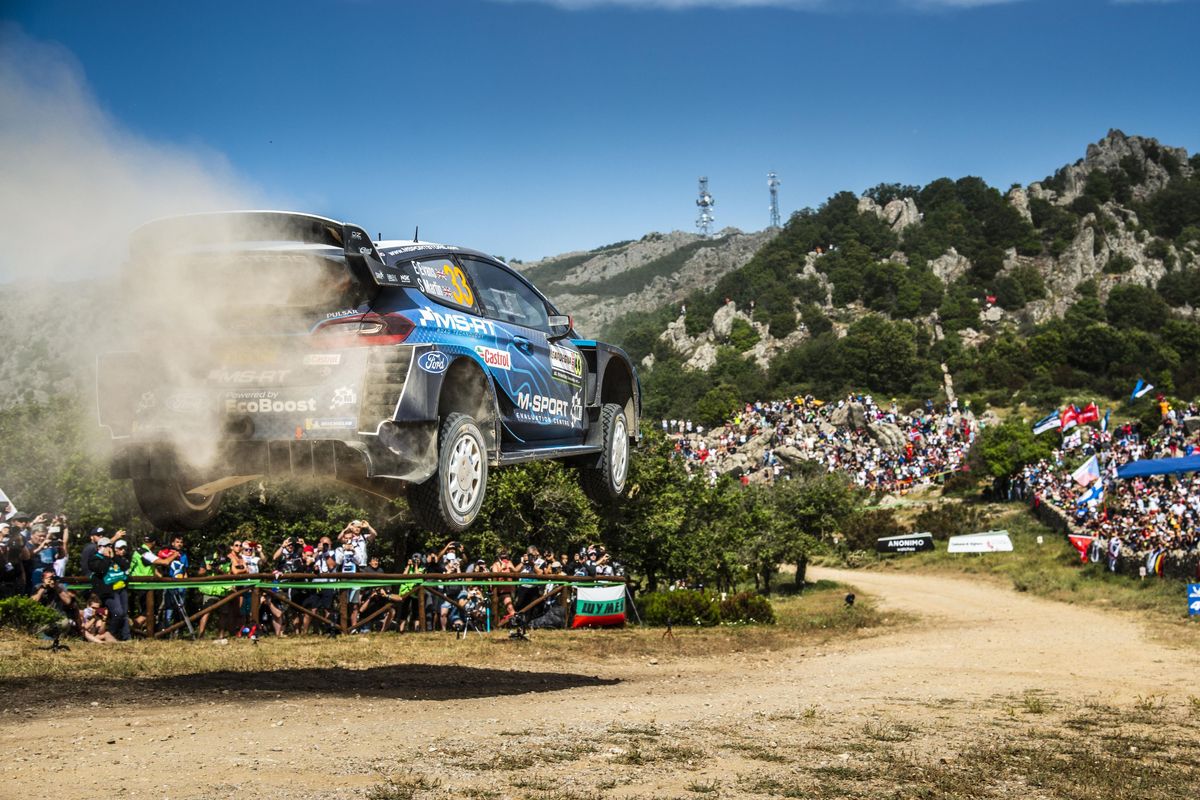 Having missed the previous three rounds of this year’s World Rally Championship through injury, local hero Elfyn Evans has set his sights on the top step of the podium on his return to action in next week’s Wales Rally GB (3-6 October).

The 30-year-old from Dolgellau made a strong start to the year coming close to victory in Corsica before damaging his spine in a heavy landing during July’s non-championship event in Estonia.

“I actually finished the rally – there was some pain but it was only after visiting a specialist on my return to the UK that the full extent of the injury was revealed. They told me it was advisable not to keep driving for fear of making it worse,” explained an understandably frustrated Evans.

However, after 10 weeks out, the Welshman has now been passed fit to return in time for his home event after missing rounds in Finland, Germany and Turkey, thus slipping from fourth to ninth in the WRC standings.

“I can’t tell you how good it is to be back,” he effused. “Sitting on the sidelines has been a nightmare, but that’s done now and I’m only looking forward. And I’m really fired up to being back in the car at home.”

Adding to his anticipation, the winner of Wales Rally GB two years ago has a brand new #33 Ford Fiesta WRC for his first outing since his fourth place in Italy back in the summer.

“There’s no difference in the performance of the cars,” he said, “but there’s always something special about a new car. It’s another demonstration of the support the team has given me. I’m really grateful for that.
They’re expecting a win in return – I’ll see what I can do!”

“Whenever you go to an event you always want to get the maximum that’s possible and this rally is no exception. As ever, we’ll be aiming for the podium and, ultimately, the goal is to finish on the top step.”

Evans knows it will not be easy to win a second time on home turf. With its early starts and late finishes, Wales Rally GB is traditionally one of the most gruelling events on the WRC calendar.

“The rally is renowned for its very long days and this year is no exception,” he warned. “It will be a tough weekend for sure but that’s the nature of this sport. We’ve got to get our heads down and give it our very best.”

Evans will not be lacking home support in the forests. Advance ticket sales for this year’s World Rally Championship showcase are breaking all records and many of those spectators will be cheering for the Welshman on his return.