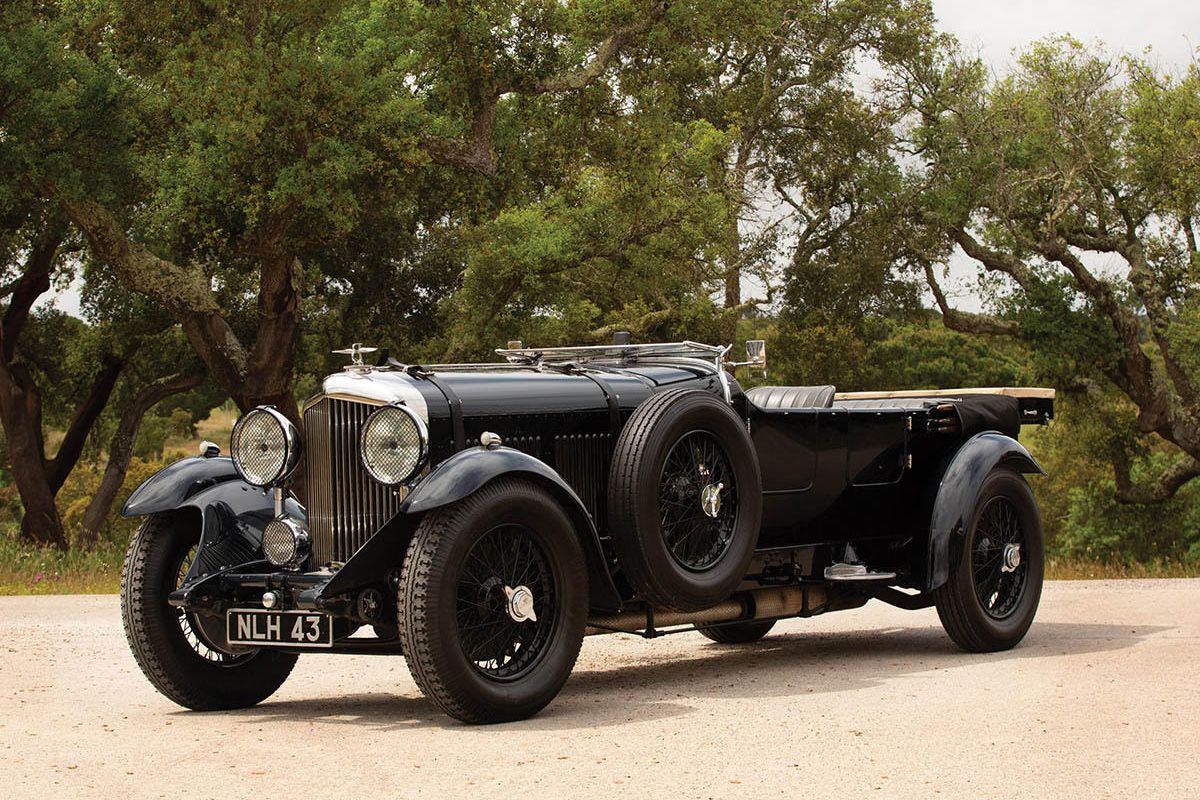 RM Sotheby’s has enjoyed a fantastic, first-ever auction in Portugal where the company offered the incredible, single-owner Sáragga Collection, entirely without reserve on 21 September. A packed venue saw the sale gross €10.191.425, featuring 127 cars representing all budgets and eras of the collector car market. The Sáragga Collection was offered from a location on the owner’s estate, and hundreds of buyers filled the room to secure cars from this unique sale near the stunning beach resort region of Comporta. The room was enthusiastic and highly animated throughout the sale, with many results commanding applause and standing ovations from the audience. A remarkable 52 percent of bidders were new to RM Sotheby’s and no less than 38 countries were represented.

The undoubted star of the show was the 1931 Bentley 8-Litre Tourer, a magnificent and imposing pre-war touring car and jewel for any collection. A well-documented car with a strong history file detailing a comprehensive restoration, there was highly spirited bidding in the room that saw the car achieve an excellent €680.000. Fine Porsches were a notable feature of the collection, and it was the matching numbers 1973 Porsche 911 Carrera RS 2.7 Touring which was the focus of much pre-sale attention. Well documented, restored and resplendent in its original colour of Signal Orange, this blue-chip collector car made an outstanding €602.375.

The Collection was distinctive for featuring many cars with outstanding Portuguese provenance, drawing local market enthusiasts. In particular, a rare and highly desirable 1939 Delahaye 135M Cabriolet by Chapron was on offer, a car delivered new to Delahaye’s Lisbon showroom and presented in its original colours, this former concours winner made a final €331.250. The rare 1955 WD Denzel 1300, believed to be one of only 30 in existence, and again boasting Portuguese provenance, brought €314.375. Another notable car to garner significant pre-sale interest was the one-of-a-kind 1966 Mercedes-Benz 600 Sedan, featuring a unique custom-made glass roof and coachbuilt by Henri Chapron of Paris. Having resided in Portugal since 1972 and in single ownership for 30 years, the car found a new home for €342.500.

Other collectable Porsches sold from the Collection included the eye-catching 1992 Porsche 911 Carrera RS, presenting beautifully in sought-after and rare Rubystone Red paintwork. This modern classic made an impressive €241,250, while the RS theme continued with a 2010 911 GT3 RS, which made €174.800. The beautifully restored Porsche 356 B Roadster was another notable lot that did very well on the night, achieving €151.800.

An additional lot which achieved a strong price was the 1956 Lancia Aurelia B24S Convertible, which made €231.125, while cars worthy of particular note for shattering expectations include the 1972 Alpine-Renault A110 1300, which grossed €195.500, more than doubling its high estimate, alongside the 1925 Amilcar CGS, which doubled its high estimate, bringing €100.050 on the night.

Paul Darvill, Car Specialist at RM Sotheby’s, said: “We enjoyed a remarkable afternoon here in Portugal. This was a very large collection of diverse collector cars, and we have conducted a significant sale in a completely new market for RM Sotheby’s. We are truly delighted with the results, as many lots far exceeded pre-sale estimates, and overall the sale performed admirably, delivering a healthy performance across the board. The packed venue was complemented by telephone bids and no less than 22 percent of all bidders putting our online bidding capabilities to good use.”

Maarten ten Holder, Head of Europe, RM Sotheby’s adds: “We are delighted Mr. Sáragga entrusted his remarkable collection to us and it has been a delight to conduct our first ever sale in Portugal alongside our local market colleagues at Sotheby’s. The room was packed and there was standing room only throughout the entire sale. Attendance was beyond our expectations and we had multiple bidders on every lot, with more than half being completely new to RM Sotheby’s, which is an amazing statistic for any auction.”