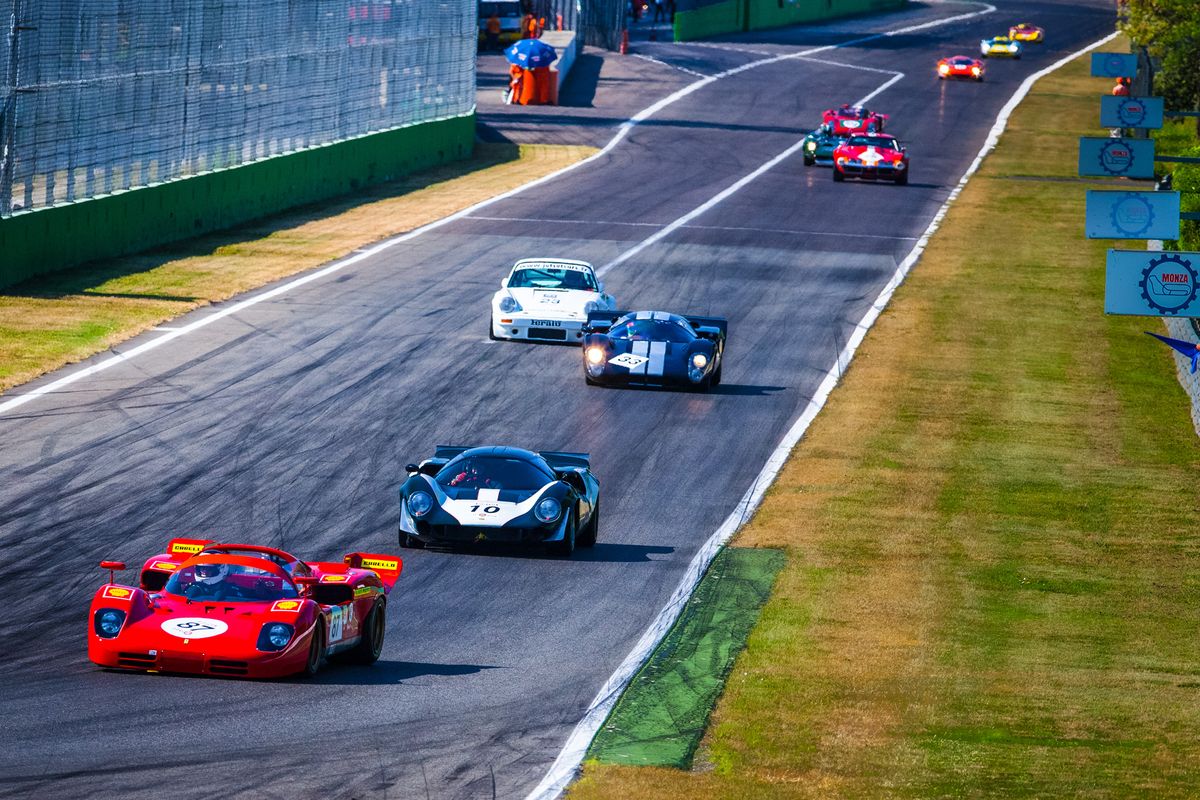 After a two-month summer break the competitors in the Peter Auto series arrived at Monza.  Two weeks after Charles Leclerc’s scintillating victory, Ferraris were again in the limelight with the presence of around 15 cars made in Maranello, each one more desirable than the next.

The Ferrari 512 S entered in Classic Endurance Racing 1 was the incontestable star of the Italian weekend. For good reason as this car (chassis no. #1004) took part in the 1970 Monza 1.000 km in which it finished third driven by John Surtees.

In CER 2, the three big Ferrari 512 BBLMs had a worthy rival in the form of the Lancia Beta Montecarlo. The latter, the circuit version of the 037, won the 2-litre class in the 1980 and 1981 sports car world championships in the hands of Ricardo Patrese.

While the Italian makes shine but rarely in the Sixties' Endurance race it is still one of the highlights of the Peter Auto meetings. Always held on Saturday evening as the sun goes down this two-hour race is a real endurance test.

The long straights of the Autodromo di Monza suited the characteristics of the Group C Racing prototypes down to the ground, in particular the Nissan R90 CK which, in its sprint configuration (without headlights), reached 306 km/h before the first chicane!

This weekend there was another newcomer in the Heritage Touring Cup: a Ford Mustang GT that raced in the 24 Hours of Francorchamps in 1982 driven by the Martin brothers. It boosted a hotly-contested field with cars already presented in the previous magazines.

The banking, unused since 1969, is a curiosity in the Monza Royal Park. This old oval with steeply banked corners provided a magic setting to display a stationary Ferrari 330 GTO. But The Greatest’s Trophy gave it optimal conditions to show its racing pedigree in competition.

With their small engines the Porsche 911s in the 2.0L Cup were not the best armed to tackle the long straights of Monza, which were still a very real challenge for the drivers who had to play with slipstreaming and late braking to shine.

The last sports prototype built by Ferrari, the 333 SP, is celebrating its 25th anniversary this year. Michel Lecourt, owner of one of the 40 built, details the specifications of this jewel (in particular, its yellow colour), which he is driving in the Endurance Racing Legends.