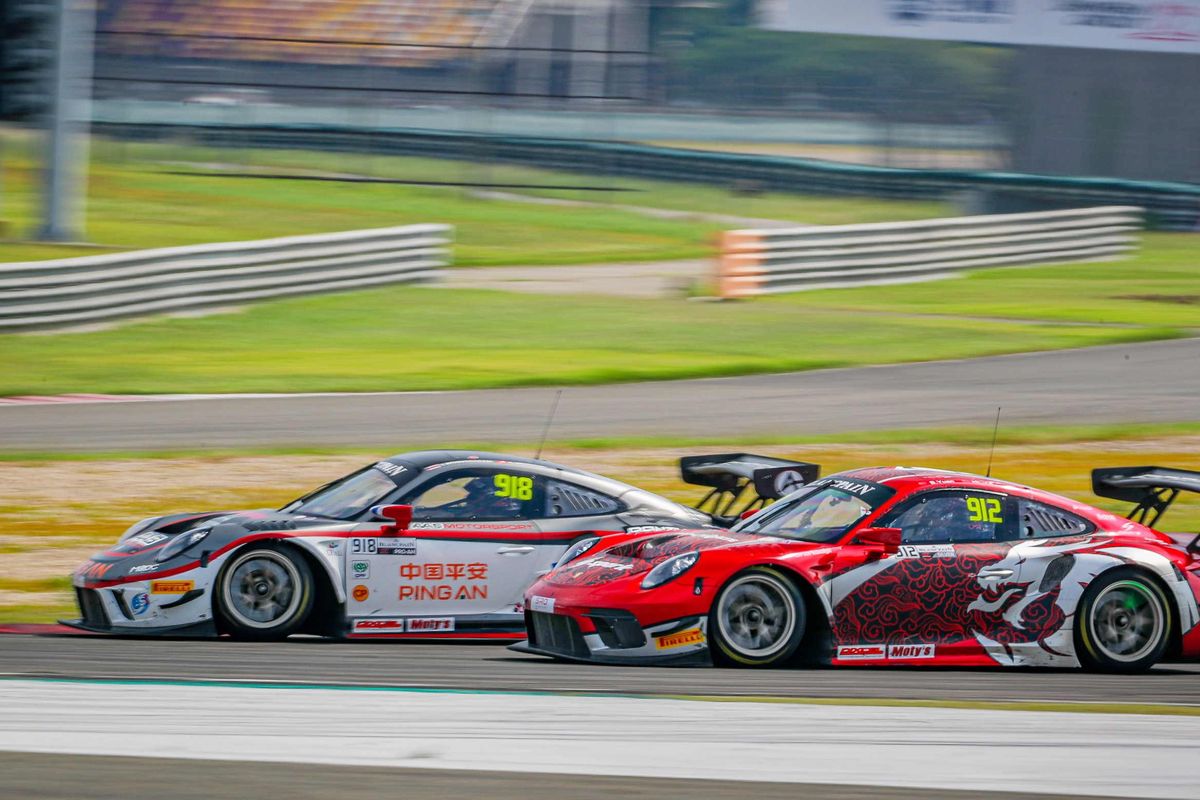 Absolute Racing are celebrating another success after Panther/AAS Motorsport driver Vuttikorn Inthraphuvasak was crowned the 2019 Blancpain GT World Challenge Asia Pro/Am Class Champion after claiming 5 race wins and 9 podiums in what has been an incredible season.

The Thai driver wasn’t the only one with reasons to celebrate, as Chinese crew of Yuan Bo and Leo Ye Hongli went for their maiden win in the series in the very last encounter of the season. Teammates Tanart Sathienthirakul and Philip Hamprecht had a heartbreak season end, but their fighting spirit and sheer commitment to winning impressed everyone in the paddock.

Arriving at the circuit without any Pitstop Success Penalty on board, title contenders Sathienthirakul and Hamprecht started the weekend with a strong qualifying session on Friday morning setting the 2nd quickest time in Q1 and eighth in Q2.

Teammates Yuan Bo and Leo Ye Hongli were tenth fastest and sixth overall, while Inthraphuvasak secured fourth on the overall grid for race one with the best Pro/Am time. Imperatori placed the Panther/AAS Motorsport entry in seventh for race two. All the three Porsche 911 GT3 R cars would be promoted one place on the grid on Saturday due to an opponent's withdrawal.

Sathienthirakul and Hamprecht had a strong first race of the day finishing on the podium in third place keeping his championship hopes well and truly alive. The Thai-German duo reduced the gap to the championship leader to nine points only ahead of the last race of the season.

At the Panther/AAS Motorsport camp, Inthraphuvasak had reasons to celebrate. With the precious help of the Swiss driver Imperatori, the quick Thai driver overcame a 15s Pitstop Success Penalty to conquer the Pro/Am class title by finishing sixth overall and first of the class.

The Chinese pair Bo and Ye endured a tough race, crossing the finish line in 11th, seventh in the Silver class.
The season culminated in Round 12 of the championship as the crowds saw the 29 GT cars tackle the 16-turn Hermann Tilke-designed circuit again. It was a dramatic race of fluctuating fortunes.

It was a disappointment day for the #911 Absolute Racing pair Sathienthirakul  and Hamprecht as they were forced into retirement in the second half of the race. First, an issue during their pit stop denied them the chance of getting onto the podium and fight for the overall title until the very end, and then a gearbox problem ended their day. They finished third in the GT3 Overall’s standings and second in the Silver Cup.

On the other side of the garage there were more reasons to celebrate with a fantastic end to the season for the #912 Absolute Racing pair Yuan Bo and Leo Ye Hongli who took their maiden overall win in the championship. The local heroes won from fifth on the grid to further cement Absolute Racing’s Teams’ title.

Starting from sixth on the grid, Panther/ AAS Motorsport crew of Inthraphuvasak and Imperatori overcame a Pitstop Success Penalty to score a superb third place finish overall and second-place-finish in Pro/Am class. With this result, the 2019 Pro/Am Champion Inthraphuvasak also bagged the GT3 Overall Vice-Championship.

The fourth season of the Blancpain GT World Challenge Asia kicks off at the Sepang International Circuit on March 28-29, 2020.

Fabien Fior (Team Director): "We knew there was enough pace to fight for the victory. It was a brilliant drive from Yuan Bo and Leo Ye Hongli to take their first win of the season. Vutthikorn and Alexandre did very well to finish third, taking the Pro-Am championship and second overall. Our first season with Porsche has been exceptional. It was a bit of an unknown, but the team won a race in all except one weekend. That's extremely positive and we'll be coming back stronger next year."

Tanart Sathienthirakul (#911 Driver): "It's a shame there was a technical issue that caused us to retire from the championship fight, but over the season we did well to score two wins and a few podiums. That's something to take away from this year. Thanks to Porsche for a great car and to Absolute Racing for a fantastic season."

Philip Hamprecht (#911 Driver): "It's disappointing to have the season end like this when the championship fight was actually really good. In the end bad luck just caught us out and we will learn from it. In Carrera Cup Asia last year I took a hard hit when I lost the title at the final race, I took the lessons from it and came back stronger. We will take the positives from a strong campaign and do better next season. Thank you to all the team, they did a fantastic job all year. I had a good time with Tanart as well and hopefully we will go for the title in 2020."

Yuan Bo  (#912 Driver): "Leo did a good job from fifth. He had quite good pace, managed the gap well and pushed where he could. I'm delighted to take my first win and to do so at my home event is very special. Big thanks to the team."

Leo Ye Hongli (#912 Driver): "After the safety car I was managing the pace we still led the Silver Cup when we pitted, not far away from the Pro/Ams ahead. I knew already that we had a good chance of winning because Yuan was faster than them and there was a good gap to the Pros behind. It's a great feeling to win your home race, and it's the perfect way to end the season."

Vutthikorn Inthraphuvasak (#918 Driver): "Race one was great, even though we didn't attack a lot it was good enough to win the Pro/Am. In race two our strategy was more aggressive, although we lost momentum fighting other cars. Third overall is a great result, I am second in the standings and the Pro/Am champion so I'm really satisfied with this finale."

Alexandre Imperatori (#918 Driver): "It would have been nice to win the title, but it was clear this was a long shot but to come second with a Pro-Am pairing is a real achievement. We had nothing to lose and got through the field. Vutthi was a little cautious and wanted to bring the car home. We had the pace for a better result but wanted to secure the position. I'm happy for Porsche and for AAS Motorsport, it's been a great season and there are many positives to take from this year."