Citroën Determined to Continue the Charge in Wales 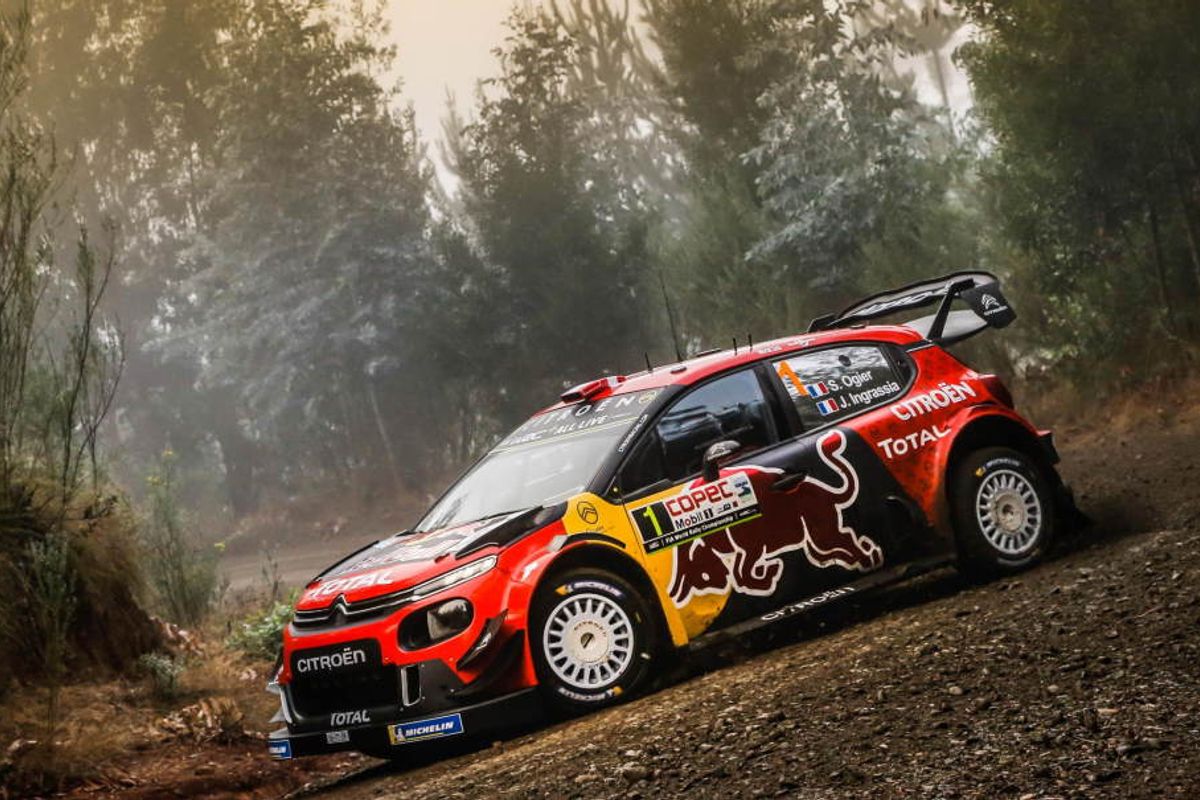 Buoyed by its recent one-two finish in Turkey, the Citroën Total World Rally Team is heading to Wales Rally GB full of confidence. Sébastien Ogier / Julien Ingrassia and Esapekka Lappi / Janne Ferm, who finished first and third here last year, will be aiming to be among the front-runners this time around and keep moving up in the championship standings.

Sébastien Ogier and Julien Ingrassia have a special relationship with this rally, after adding a record fifth win at Wales GB last year (2013, 2014, 2015, 2016 and 2018), one better than the four victories of Hannu Mikkola and Petter Solberg. It was here, of course, that the pair made their debut in a WRC at the end of 2008 in a C4, having secured the Junior World Championship title in the C2 Super 1600. Even back then, they made their mark in winning the opening stage and leading the race until SS5. They will undoubtedly be aiming to show the same energy and skill in the C3 WRC at this year’s event.

For once, running second on the road shouldn’t be a major disadvantage: grip levels tend to go down on the muddy Welsh forest tracks as more cars come through the stages. The six-time World Champions are therefore determined to make the most of their position to close the gap to the current championship leaders.

At a round where many of their fellow countrymen have enjoyed great success, Esapekka Lappi and Janne Ferm wasted no time in demonstrating their liking for the fast Welsh forest roads, winning the WRC2 class on their first appearance here in 2016. The Finns went even better last season, finishing third overall and claiming two stage wins as they proved their ability at this round.

It is hardly surprising that the pair will come into this year’s event with genuine hopes of a strong result, especially as they have now reached a high level of confidence in the C3 WRC on gravel, confirmed by their excellent performances in Finland and Turkey. Although their eighth position in the running order may not be ideal if it rains, Esapekka and Janne remain determined to keep up their current good form.

The Citroën Total World Rally Team recently enjoyed a three-day pre-event test in Wales, improving the C3 WRC’s ability to adapt to the local conditions and, as usual, Thursday’s traditional shakedown will provide an opportunity to fine-tune the last few details.

Pierre Budar, Citroën Racing Team Principal: “With Sébastien starting from second on the road and Esapekka eighth, we won't have all our eggs in one basket, as it were, depending on the weather. The target is clearly for them both to get the very best out of their positions so we can continue to move up in the championship standings. Sébastien has competed in Wales many times before, where experience counts and can make the difference, whilst Esapekka has shown his ability to adapt in scoring a podium on his third appearance here last year. So, I think we are well equipped to achieve a strong result here, especially as we have worked well again during testing on the C3 WRC.”

Sébastien Ogier, Citroën Total WRT driver: “The target at Wales GB will be to keep up the momentum from Turkey and continue to put as much pressure on Ott as possible. I’ve always done well at this rally so I’m determined to really go for it, especially as the running order isn't an issue for those starting at the front. It’s all about reading the changes in grip and dealing with the conditions, which are often tricky, especially the low-grip sections. Although it took me a while to work out how to manage this unusual event, it’s now a rally that I really enjoy.”

Number of appearances at the event: 11

Esapekka Lappi, Citroën Total WRT driver: “This rally is an iconic test. You’ve got it all, stages in the dark, fog, rain and wind – it’s always a serious challenge. You need to have guts too, because the stages are pretty fast and flowing. One of the key challenges will undoubtedly be having a car that isn't too sensitive to the changes in grip, because they are non-stop. We worked well in testing, even though the roads were dry. Given our position in the running order, rain would clearly be something of a disadvantage. Having said that, in Turkey I felt strong in my C3 WRC when it started raining on Friday’s long stage.”

22 timed stages covering a total of 309.76km
151.24km of timed stages on Saturday with no service period
32 Michelin tyres available, to be chosen from 32 medium compound and 16 soft compound tyres
3 overall wins secured by Citroën at Wales Rally GB with C4 WRC (2008 to 2010)

Often affected by treacherous weather conditions – rain and fog are common in Wales at this time of year – with grip levels on the local roads very changeable and unpredictable, this rally serves up a huge challenge every year. It is also one of the few events where stages are still contested in the dark, with lamp pods fitted to the cars. And even on the very rare occasions where the weather is kind, the stages – held in the dank, dense Welsh forests – remain extremely tricky.

After a new mixed-surface stage (gravel and tarmac) at Oulton Park to kick off proceedings on Thursday evening, the real action gets underway on Friday’s long leg, with 116.52 kilometres of timed stages. However, Saturday looks set to be the weekend’s decisive leg, with a competitive distance of some 151.24 kilometres but only a mid-leg tyre-fitting zone and so no service period. Crews and teams will therefore need to be wary of excessive optimism or any reliability issues, which could prove terminal on day two. In contrast, Sunday’s leg will be no more than a sprint to the finish with just 38.42 kilometres to cover in five very short stages.

In addition to the new Oulton Park super special stage (3.58km), this year also sees the introduction of the Colwyn Bay stage (2.40km), which will be exclusively contested on tarmac. However, the rest of the itinerary is largely familiar, with a few stages contested in the opposite direction to previous years and some new sections.