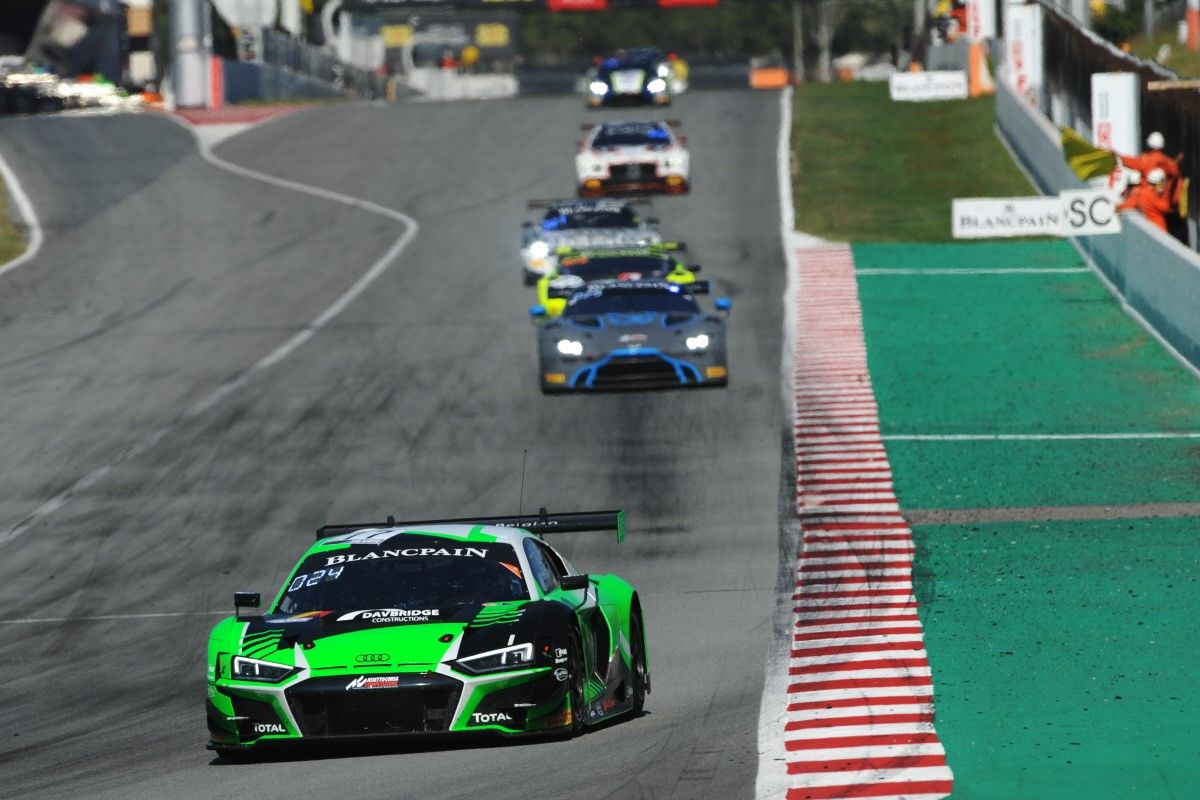 Going into the fifth and final round at the Circuit de Barcelona hoping for a positive conclusion to the 2019 season, particularly after racing to a top six class finish from the back of the grid in the Total 24 Hours of Spa in July, instead Carlisle’s MacDowall departed the 4.6-kilometre track largely frustrated.

Starting the race from 12th in the Silver Class, 29th position overall, after a less competitive qualifying run than expected, MacDowall took the opening stint and did gain some ground on the opening lap before the Safety Car was deployed following a major excursion for one of the Porsches.

Spending the next 50 minutes behind the Safety Car, with the barriers requiring significant repairs, when the action resumed MacDowall held 11th position in the Silver Cup and he soon climbed into the class top 10.

Remaining on track into hour two as the initial pit-stops were served, the Cumbrian moved through to seventh in class and to the cusp of the outright top 15 before pitting to hand over the No.17 Audi R8 LMS GT3 EVO to team newcomer Sean Walkinshaw – filling in for Paul Petit.

During his stint Walkinshaw was edged back to 12th in class but remained in touch with the top 10 battle, and he then pitted during a Full Course Yellow period. Davies got behind the wheel and still held 12th in Silver with 55 minutes to go, before then climbing into the Silver top 10.

Although edged back to 11th place, Davies moved up into ninth in Silver with 20 minutes of action to go and after a late Full Course Yellow the race re-started with only five minutes remaining on the clock and plenty of scores still to be settled.

Incredibly, contact from a rival moments before the end triggered what appeared to be a galling non-finish but the Audi was actually classified in the final results in ninth position to secure a couple of points for the Team WRT trio.

“Qualifying was disappointing, we didn’t do the two paid testing sessions before the weekend so we were on the back foot to start with”, reflected MacDowall, “Then we had a power steering problem in the free practice, so didn’t get a lot of driving time there, and Sean [Walkinshaw] was new to the team this weekend replacing Paul [Petit] so there was a lot for us to work on.

“For my stint in the race, I only got about 15 minutes driving time because of the Safety Car so there wasn’t a huge amount of racing but I was quite happy with my pace. It’s obviously a shame about the contact late-on for Shae [Davies], it wasn’t his fault at all and not the way any of us wanted to end the year. It’s definitely been what you can call character building!”

MacDowall now heads into the off-season weighing-up options for the 2020 season where he is looking at a number of endurance championships such as Blancpain, a return to the European Le Mans Series – where he won the LMGTE class crown in 2016 with Aston Martin and was Vice-Champion with Ferrari in 2018 – and also British GT.

“It’s been a tough season, not the best and my first year without a trophy so that sums it up”, he added, “In some ways it’s one to forget, but I’ve still learnt a lot. You really do have to have the right package overall in Blancpain to be successful and challenge for championships, so we’ll see what’s next for 2020 but will definitely be looking at all of our options.”