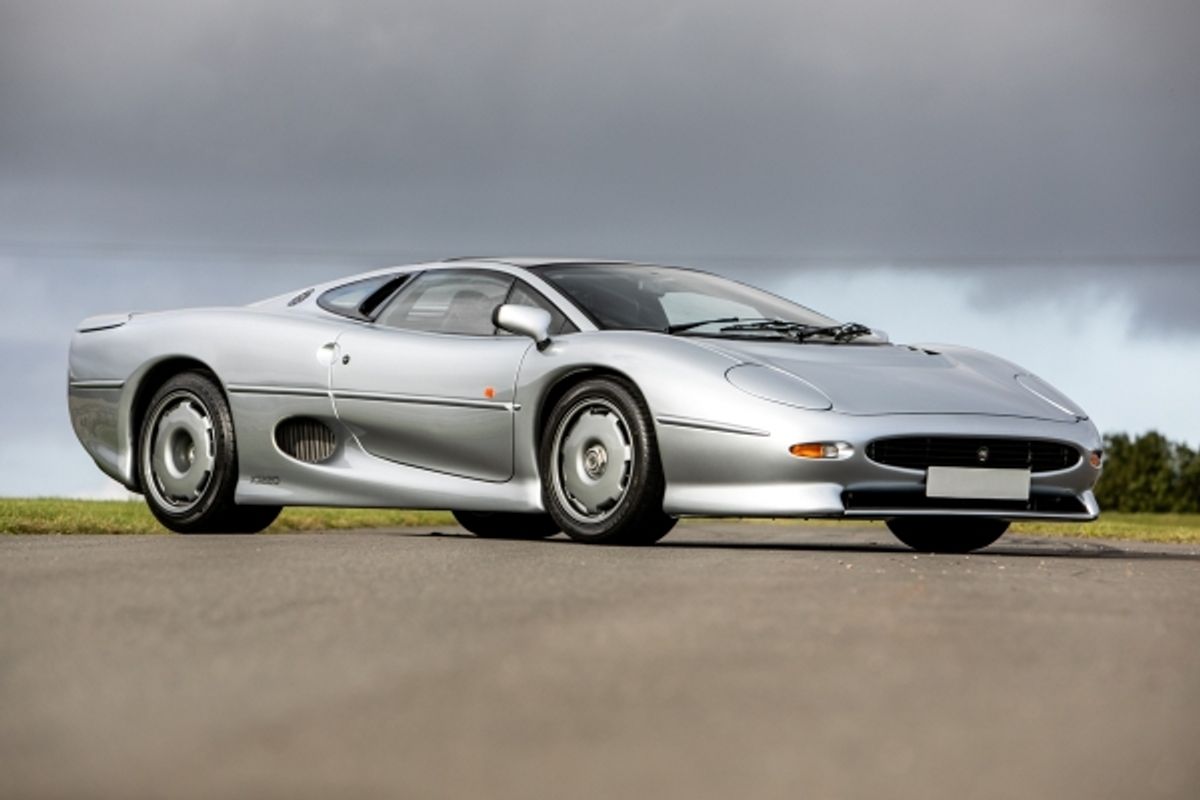 The Silverstone Auctions sale at the Lancaster Insurance Classic Motor Show is looking set to be one of the best auctions with some significant high-performance modern classics and supercars being offered.

From Jaguar the ultimate of big cats, the XJ220, from Aston Martin a super rare factory-built Virage Volante Widebody, from Noble the M600 Carbon Sport and fighting to keep up is a rare low mileage BMW Z3 M Coupe with its own special weapon under the bonnet.

The Jaguar XJ220 was announced in the late 1980s just before the recession hit in the early 1990s. It was not good timing for Jaguar, as the first of its high performance and eagerly awaited supercar was due to arrive to owners who had been on a waiting list for some years. It was also the fastest production car in the world after setting 212.3 mph at the Nardo test track in Italy.

With a change in the original specification along with the financial collapse of the markets only 275 of these cars were eventually produced, making it at the time one of the most expensive cars in the world. But they are still one of the most admired and extremely desirable for any collector.

This 1993 UK-supplied right-hand drive XJ220 has a very special history of just two owners and an incredibly low mileage of just 2,000 miles. It was delivered new to Sir John Madjeski who was the founder of the magazine Thames Valley Trader which became Auto Trader and was Chairman of Reading FC. Our vendor purchased the car from him in 2010 and formed part of his collection. Finished in Spa Silver with a Charcol interior this car has had £28,000 spent including the replacement of the fuel cell and other recommended work with XJ220 specialists Don Law. Estimated at £350,000 to £400,000 this is a superb opportunity to acquire of the most significant, low mileage and low ownership supercars of its time.

Last week we announced four superb classic Aston Martins and now to add to the pack we have one of the 26 factory-built Virage Volante Widebody from 1994. This 6.3-litre V8 car certainly looked the part with the flared wheel arches and larger wheels creating demand for a kit for those who had the standard version. The stand-out fact of this car is that it is the third Widebody produce of the 26 to full specification for registration in the UK. Presented in Buckingham Green with a black leather interior, this is one stunning looking car with an estimate of £100,000 to £120,000 and just under 11,000 miles with a substantial service history. The Original Bill of Sale shows the total price of this car new was £195,236, so this is a fabulous opportunity to acquire one of these 26 factory-built cars.

Noble Automotive was established in 1999 to build high-speed sports cars and in 2010 they started to produce the M600 aimed to take on the established brands and enter hypercar territory. This 2013 UK-supplied right-hand drive car is the Carbon Sport edition with a Yamaha sourced 4.4-litre twin-turbo V8. The Carbon Sport is the second car in the range of hand-built sports cars and this version is estimated at £150,000 to £170,000. Finished in polished Carbon with red detailing, 11,500 miles from just two owners and a full Noble works service history, this is a great looking 225mph supercar.

Our final car in this release isn’t quite in the territory of our high-performance supercars but none the less it is equally rare and just as potent in its own circle of competition. It has also been part of a private collection of a discerning collector who is also offering other cars in this auction, including the Aston Martin mentioned in this release. This 2003 BMW Z3M Coupe is fitted with the S54 engine from the BMW M3. A clearly loved car as the first owner sold it to his brother who then sold it back to him, so he must have missed it! Details of the car’s life can be found in the history file and its recent service last month. With just 11,282 miles this well-specified Z3M in Titan Silver with a black leather interior is a very sought-after car and at £40,000 to £45,000 can you afford to let this one slip by.

Harry Whale Silverstone Auctions Auction Manager commented: “The Lancaster Insurance Classic Motor show at the NEC is a great auction for us, we always get some great cars consigned. These latest cars are superb examples of current and future classics.”

“We have a number of extremely notable cars from a private collection, two of which are in this release, but all are of the highest quality.”